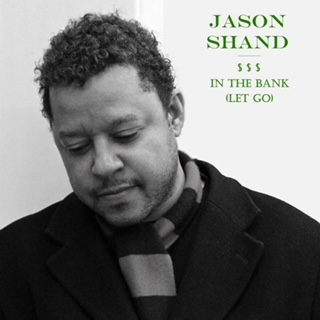 Having previously fronted an alternative rock band in Boston, Jason Shand made a conscious decision to leave the band and Boston to pursue a solo career in his hometown of NYC. This pursuit and the finding of his sonic palate has been a long road traveled and Shand’s 2015 Because of Zeeva release was a step along the way to fully realizing and embracing that vision he has of himself as an artist, as a songwriter. Now as a result, most of his songs off his soon to be released, very personal, second full length album, The Petty Narcissist, traffic in his interpersonal relationships with family, friends, and paramours.
"Is it too late to take you in my arms? Is it too late to undo all this harm that I’ve done? Some of us we falter, in the glare of our self doubts" Jason Shand sings on 'I Know', the powerful and dynamic lead single from The Petty Narcissist. Those lines have a lot of symbolism and meaning for the singer/songwriter, which is ironic, because the song was originally created from not the deepest of places.

“At the time of it’s conception, ‘I know’ was simply an exercise in pop songwriting for me - I was just trying to come up with a great hook.” The singer/songwriter recorded the song over a decade ago, and then put the song away for years during which he recorded Because of Zeeva, and then experienced the ups and downs of life recently losing his father, getting married, and dealing with lots of self doubts about being an artist. It was a time period of personal growth, evolving into a singer/songwriter whose material now only comes from a very personal place.

And with a couple of small lyrical changes, the  current lead single ‘I Know’ has now come full-circle evolving into a very personal song about the singer’s previous on again off again relationship with his craft.

“Because of self doubts, because of the fear of digging deep and putting myself on the line, at times I’d find myself running from my music... running from myself. But with The Petty Narcissist, my ‘personal pop’ album, I’m pretty much standing there naked for all the world to see... and I’m okay with it. I’m not running anymore. My music is what I’m meant to be, and it’s nice that my song ‘I Know’ now has special meaning for me when I sing it.”

‘$$$ In The Bank (Let Go)’ is the second single off The Petty Narcissist and on the surface of it, the song seems like a plaintive plea to win someone’s love before it’s too late… with money?

“I use the term ‘$$$ in the Bank’ more so as a metaphor for all the love in my heart… but it’s ok if some take those lyrics literally”,  Shand says with a laugh.

“When it was written, that song was a stream of thought about a failing relationship I was desperately trying to hang onto, circling around a dead end.

‘You say there’s no end to beginning. We circle back to start again, these habits we’ve grown used to feeding. You know we’ve got to stop this bleeding.’

“Those lyrics say it all - time to get out!”

The Petty Narcissist is set to be released this fall.