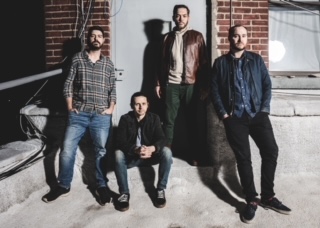 The process of self producing a full length album in the middle of a pandemic has been an unending lesson in humility, but it’s also affirmed our love of music and more importantly the music we make together. The journey of Birkenhead Drill taught us that no fully realized musical project is the result of individual greatness but rather a result of the individual letting go. We’ve certainly worked hard to get to this place, but all of our accomplishments have largely been the result of luck and a lot of people coming together to lift us up. Like many bands, it was a happy accident that we ever met, and we owe the high production value of our debut record to the good fortune of knowing some phenomenally generous and talented engineers in NYC. The colossal amount of work and growth we had to tackle to make this project happen can’t be understated. Whether it’s one person’s brainchild or a group effort, music is the result of people sacrificing their egos to serve a song. It’s fitting that The Jones Title, Birkenhead Drill  and how it all came to be is in many ways the story of an ego death.

One of our main reasons to be thankful is the gift of having had time and freedom to develop our sound. We spent close to a year playing together at Carnegie Hall before we booked a single show. Justin taught theater production classes there and was able to secure us really cushy practice rooms without breaking our banks. We’re not sure where we’d be if we had rushed to book shows in order to justify the cost of most NYC practice spaces. We were all deeply entrenched in personal pursuits at that point and approached the sessions as simply a chance to enjoy the creative process and make some good music.  There weren’t many expectations beyond that, and we weren’t even sure if we were going to try to play for crowds. There was something existentially pure about the whole affair.

That gestation period allowed us to work out our kinks and reconcile our creative differences. Joey worships at the altar of guitar gods such as Derek Trucks and Jimi Hendrix, while Brian’s style owes a lot to the church of Hall and Oates. In the beginning days, Justin and Roger spent a lot of time basically translating ideas back and forth between the two, having respectively been the others’ chief collaborator prior to The Jones Title. Aside from stylistic leanings, there were also gaps to bridge in the shared creative process. Brian and Joey were both coming from having been the principal songwriters and de facto leaders of their previous bands, so unsurprisingly working in a more democratic setting took some getting used to.

Brian was at many times reluctant to accept changes to songs he had written prior to the band forming, and Joey’s granular perfectionism had us drilling the same four measures of a four minute song for hours at a time. We eventually worked out a good process, though it certainly helped that Justin teaches at a performing arts high school. He helped us develop a healthy and productive way to communicate our ideas, and as we kept playing together, we began to trust each other. We weren’t going to let anybody put out a bad sound, and even if we each have a different way to get there, we’re all tilting at the same windmill.

We’re not sure when we realized we wanted other people to hear what we had created but we eventually booked a show at Shrine Bar in Harlem circa March 2019 and begged friends to come. That show went shockingly well, and so we lined up another. When that one went better, we lined up another. To our surprise, this once insular project was finding fans. With every show the crowds were a little bigger and a little louder, and it felt like momentum was on our side. We thrived on the energy of those shows and it probably went to our head. We started treating small venues like stepping stones to something grander we couldn’t quite articulate, and we were losing a little bit of what made us special in the first place. We were trying to figure out ways to skip steps to the next rung on the proverbial ladder. What had started as a simple attempt to make some solid tunes was starting to feel like a rocketship. Covid changed everything.

A year’s worth of bookings evaporated far more quickly than they had come. We were back to where we started with only ourselves to play for. No shows, no opportunities, no idea when we’d get back to normal. That limbo is how Birkenhead Drill got started.  We used that Summer of lockdown to get back to our basics. We lucked into another affordable practice situation in Brooklyn and we played together relentlessly to get tight and stay that way. More importantly, we began writing new material in a more collaborative style, writing in the room rather than pitching our individual brainchildren to each other. We latched onto that process and found that it gave us a reprieve from all the awful stuff happening to the world outside. We were playing for each other and not to advance any individual agendas. We realized that even if there wasn’t a viable market for our music, we wanted to make an album to commemorate that connection.

Birkenhead Drill is in many ways a distillation of what we learned in our early days as a band. With the world on hold, there was no pressure to saddle the music with a purpose beyond its own existence. We’re not likely to win fame or fortune, so we might as well make music for its own sake. We’ve worked really hard to divorce our individual egos from this record and focus on the joy of making it. If it unlocks doors for us and allows us to move forward, we’ll be overjoyed, but if it doesn’t reach people where they live, it won’t diminish our joy that the album exists. We feel that the key to satisfaction with anything you undertake in life is connected to that mindset.

That said, self producing an 18 track album over the span of a pandemic is basically jumping into the great unknown and hoping for the best. We leaned on the time and talent of several amazing engineers for our principal recording sessions, but to fully realize the album we had to teach ourselves how to self record. Justin is in many ways the hero of the record, because once we got his drums in the cans, he effectively taught himself how to use Protools and run our sessions. Everyone in the band grew over the recording process but we also had to relearn the same old lessons of humility and trust.

Brian learned to surrender control and to be less precious about his arrangements while Joey learned to believe us when we said that he had nailed a take. Now, under the right circumstances, we could probably write and record a new tune in a day. In a lot of ways, we’re the same guys that shuffled into a Carnegie Hall practice room years ago, but ironically we’re both more confident and more humble because of the work that it took us to get here. We don’t have anything left to lose, and we’re not afraid of falling short of our aspirations. 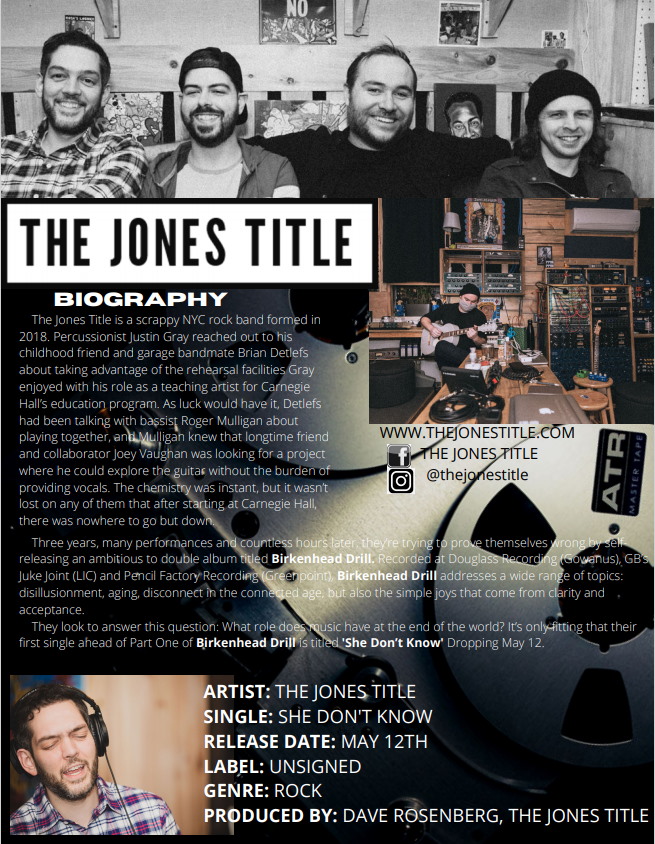