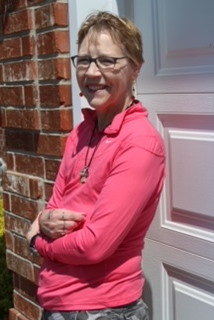 What do Jay-Z, Rick Ruben, Neil Diamond, Snoop Dogg, Chago G. Williams, and Toto’s Steve Lukather have in common?  They can be combined into Six Degrees of Inclusion (not separation per-se).   They all have millions of fans and they have all hugely impacted/influenced me, Rebecca DGD.

However, the special focal points of this article include Rappers interwoven with Rock & Rollers; some history and description of early RAP; and the musical powers of any Genre to uplift and sometimes heal hurt, human emotions.

So, how do the six powerhouses illustrate the coveted “six degrees of Separation?”  We may end up with a connection to Kevin Bacon and we may not.    First, Rick Ruben has been a Producer for the mega Jay-Z Rapper.  Second, Neil Diamond collaborated with Rick Ruben on two huge N.D. albums.  Thirdly, Chago G. Williams produced Snoop Dogg’s songs for many years.  Fourth, Hellmut Wolf, my manager, introduced the DGD persona to Chago G. and we created three hit songs to date.  Fifth, and finally in this musical destiny of names, a few years ago, I met Steve Lukather after a Salina, KS concert with a bunch of other fans.  I became hooked even more on hard rock guitar (and thus, Hellmut provided Romain Duchein, guitarist extraordinaire, in my songs).  Plus, a brand new blending of sounds is in the works with Dorian P Williams of The GAP Band and myself (with Hellmut, of course).

Now that the connections are listed, we can focus on the next, very critical topic:  a limited history and a describing activity of RAP.   The online article from August 7, 2018, written by Team Jukely in the “Four Over Four” publication presents very interesting historical and present-day facts.  The article title is:  “Who Started RAP?  A Brief Summary on the History of RAP and HIP-HOP.”   We have all heard and love the word Rap – these writers break it down technically.

The authors wrote, “Rap’s a delivery style that includes rhyme, rhythm, and spoken language, usually delivered over a beat.”  It is the first component of the wider hip-hop culture.  Ok, yes, we all know that and do that. 😊

The Team Jukely, continued to communicate that “Rap consists of content, flow, and delivery.  Content refers to what’s being said; flow is how it rhymes and its rhythm; delivery is the tone and speed in which it’s spoken.”   That is all fine, but there is a special technique that belongs to the great Rappers (a perfect chorus- hook that hits the mark immediately and people go,  WOW.)

Going a little further into history according to Team Jukely.  “It is fairly widely accepted that the birth of rap music can be traced back centuries ago to the griots of West Africa.  Griots were historians who told rhythmic stories of the past to their villages over the simple beat of a drum.”   Then, “Caribbean folk artists also told stories in rhymes, laying the foundation for the birth of Rap music as we know it today.”

For more recent history, where in the United States did “rap” begin?   The authors said:  “it’s undeniable that rap began as a genre when New York DJ’s would sample percussive elements from disco, soul, and funk as a means to create a repetitive beats in 1970.”

Now, this article has been a bit of a journey to also contemplate the emotions that Rap from the East Coast, West Coast, and mid-America strongly evoke.

How do you get a good name?  How do you get a bad name?  Why would one wish to judge a book by its cover?  Is it good to have a bad name? Is it bad to have a good name?  What makes “Cool?”  What makes the “dope expression?”    Possible answers:  we, as artists meld to each other to make different products (songs/Raps).   For me, I like to Rap and Roll (getting my rhyme messages out there with cadence of early Rock & Roll, guitars, Sax, and drum aesthetics.)

Do Rap songs uplift and inspire?   Yes, it’s America and we have different forms of creativity and free speech.    Do Rap songs come across with a reputation of violence and anger?   Yes, this is America and the World and we have choices.    For my Rap & Roll, the audience either perceives a yucky,  fruitcake or a yummy rum-filled fruitcake.  It’s all in the content that is evoked and received.   If artists keep morphing, teaming, and changing such as ND and Rick Ruben did, I bet we will have a perfect, rum-filled perennial, funky, nutty, cake.  Then, we can all have our cake and eat it, too!

Plus, The Bacon Brothers is a band!    Kevin Bacon, you are the 6 degrees connection, again.

In conclusion, how a genre of music is perceived, uplifts, and “moves” folks tends to be subjective as we are a Feeling/Emotional people.  Typically, subjective, because a reaction is based on or influenced by very personal feelings, tastes, or opinions.  A Rock & Roll Classic song by Aerosmith is a dead-on feeling song:   “Sweet Emotion.”  This song makes me sing wildly and move!!  Yeah, however old you are, look it up and devour it.

Another song to heartily devour, in my opinion, is “The Message.”   I have only learned iceberg tips about the early 1982 timeframe of Rap in New York.   As a rule, I do not like to take long quotes and paste them in, but the Team Jukely writers were very, true and concise about the song, “The Message.”  Here is the detailed quote:   “In 1982, MCs Melle Mel and Ed “Duke Bootee” Fletcher debut a song.”  They continue:  “Although released under the Grandmaster Flash and the Furious Five name, it was really only a passion project between the two of them in an effort to change the lyrical content, and the hierarchy, of hip-hop forever.”  Team Jukely actually asserted this song would mark the beginning of the end of the party-oriented DJ’s ruling hip-hop and bring in the next era of more socially conscious MC-driven rap.

Different genres are uplifting in different ways.  That is why “Sweet Emotion” and “The Message”  were born to run.

Now excuse me while I go break out the old turn-table and a second one to “needle drop” and scratch my head to learn.  So much to learn while I bang my head to 1972’s Live “Crunchy Granola Suite.”  “Do it now,” says Neil, appearing at the Greek Theater in Los Angeles.