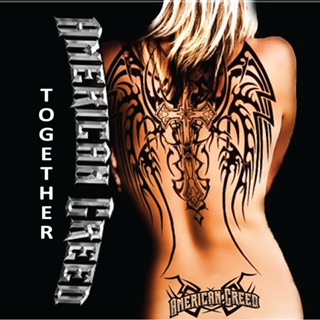 I put this quote at the top of my new bio because I want everyone to know how I feel: “In this moment we are sharing ‘TOGETHER’ with the world. In my heart, this is the rock song for the times we are living in.” The recent humbling success that my band American Greed and I have experienced with our power ballad “Together” is proof that you never know what will happen with a song and just how impactful it can become if you write it from the heart.

During my decades as a working musician, I have enjoyed countless extraordinary experiences, from being Chuck Berry’s special show and traveling drummer for years and touring extensively from 1993-2006 with St. Louis classic rock band Head East. I’ve performed at Bayside Amphitheater for the Super Bowl festivities, at Busch Stadium for 66,000 people and performed “Johnny B. Goode” for a live worldwide broadcast from NASA’s Jet Propulsion Lab in Pasadena for The Voyager Project. I’ve been part of a backstage prayer circle with Mark Farner of Grand Funk, taken a shot of crown with the Marshall Tucker Band and have a fond memory of me and Chuck being picked up at LAX by Carl Sagan and his wife for the Voyager performance.

While I’m humbled by the international chart success “Together” has had, the real measure of its success is how meaningfully it has resonated with people. From my years on the road, I am familiar with the sadness of spending weeks and holidays away from family members (including my daughter as she was growing up). It was written as a lament from a musical road warrior.

When I wrote it, I never dreamed it would become a universal anthem that would meet our anxious moment like this. I’m very proud of the song, but the real magic of “Together” comes from Matt Arana’s fiery electric guitar arrangements, Dave Farver’s powerhouse vocals and the kick ass bass of Bob Guion. I’m also proud of the video we created, which intersperses live performance clips with images of healthcare workers, military personnel reuniting with family members, empty city streets, medical ships, a busy ICU and crowds of masked people. A year ago, the only way I could have imagined matching one of my songs to images of people in masks would have been if it had been used in a sci fi film!

American Greed was fortunate to experience some accolades for our album, but “Together,” even though it was the opening track, was never released as a single. We depended on others to make something happen – and nothing did for a long time. Until this year, when we assembled the right team at the right time.

Here are some things I have learned on my journey that you may find helpful:

*    My top piece of advice is something that Peter Rivera, original lead vocalist and drummer for Rare Earth, told me before one of my early cover bands opened for them. He said, “if you love music and want to make it part of your life, save your money.” He told me he was still out playing because some of his band members didn’t do this and he felt he had to support them.

*    Decide your level of commitment to being a musician. Not everyone wants to spend every breath of their life on music. Some just like playing on weekends or once a month. Get out of it what you want and do what makes you happiest.

*    If you choose to pursue music as a full time career, do everything you can to get yourself in front of anybody who can help you and take advantage of every opportunity you have to play – especially if it gets you heard by someone who is on the next level. You can’t worry about how much you’re going to get paid if you’re trying to move your career forward. You never know where an even seemingly insignificant gig will lead. When I was playing a gig with guitarist Gene Edlen at a small club in St. Louis, I didn’t know Chuck Berry would pop in and join us and he would take notice of me. Nor did I know when I was doing gigs with Chuck’s daughter Ingrid that it would lead to me becoming Chuck’s first call drummer for years.

*    You’ve got to do your homework and keep looking forward for any opportunities that are available to you. And even after you get into one great situation, you should always stay available for any other. My work with Chuck wasn’t full time so I was always on the lookout for other gigs that fit my style – and that’s how I hooked up with Head East.

*   Likewise, always make yourself available for recording sessions that come up, even if you’ve settled into live performance mode. One of the best experiences I ever had was producing and performing on an all-star version of “Johnny B. Goode” featuring one of the last studio performances by legendary pianist Johnnie Johnson, in addition to Michael McDonald (who sang lead vocals) and sax legend David Sanborn.

*    If you’re a songwriter, whether you plan to record it yourself or are trying to get another artist to record your material, be open to entering any legitimate competition, even if it’s small and local. Joe Edwards the owner of St. Louis’s Blueberry Hill restaurant and concert venue promoted local songwriters and put out a compilation every year.  I put a band together and entered a song I wrote called “Loud Music.” Some important people heard it and it almost made it onto a KISS album.

*    Don’t worry about being the best this or that, just focus on making great music and be the best you possibly can. The passion you have and the impact you can make on people’s lives are the most important things. Music is what makes me breathe. I can’t imagine not doing something musical every day. 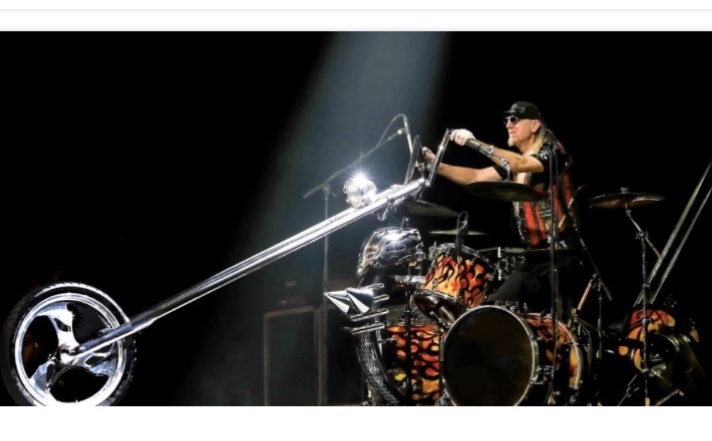 In addition to nearly 200,000 streams on Spotify, “Together” – featuring the searing emotional lead vocals of the four-piece band, American greed - is a hit on two influential international charts, reaching #3 on the World Indie Music Chart and hitting #12 on the DRT Global Top 50 Rock Airplay Chart during a week when AC/DC’s “Shot in the Dark” was #1. Its impactful video, which opens with the words “We Are in This Together,” has over 400,000 views on YouTube. Prior to their breakthrough with “Together,” American Greed scored some major indie success winning a total of six Los Angeles Music Awards – including Music Video of the Year – and nominated for such honors as Rock Single of the Year, Rock Artist of the Year and Hard Rock Band of the Year. In addition to performing extensively in and around their home base of St. Louis, they’ve opened the LA Music Awards at The Avalon Theater in Hollywood, the Phoenix Music Awards in Arizona and played the legendary Whisky a Go Go on Sunset Blvd. Mesey split his time for many years between high profile gigs with Chuck Berry and recording and touring with famed St. Louis based Classic Rock Band Head East, including performances with Sammy Hagar, Boston, ZZ Top, REO Speedwagon, Heart, Cheap Trick and many others.