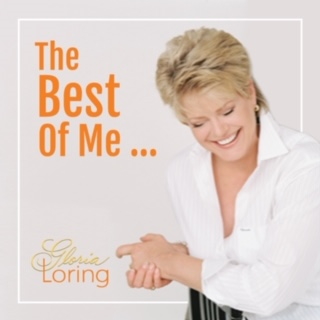 The Best of Me


There is something beautiful about artists whose insight into the human condition allows them to create works that, even beyond their original intention, emotionally and intuitively meet the moment and help us through the tough times. Long one of the entertainment industry’s ultimate hyphenates - singer, songwriter, actress, stage performer, author, healthcare advocate and keynote speaker – Gloria Loring works this magic with just a few inspiring lines from “Rise,” her rousing anthem on her highly anticipated new EP The Best of Me, set for release September 18.

Though she and her producer Ted Perlman originally penned the song for the BraveHeart Women organization, Gloria speaks encouragement and optimism to our unique place in history, where fear, anxiety, despair and division are all too often at the door. With a gospel choir backing her, she sings, “Hand in hand/We will make a stand/For what we know is true/We can rise/We will rise/Together we’ll rise/Coming together in collaboration/Rising up is a celebration/Rise, yes we’ll rise…”

“Rise” is just one of the impactful tracks Loring shares on The Best of Me, her first-ever EP in a recording career that began on MGM Records in the late 60s and most notably includes “Friends and Lovers,” her duet with the late Carl Anderson that was a #2 Billboard pop hit and #1 Adult Contemporary hit in 1985. The collection also includes never before released versions of songs by legendary songwriters Desmond Child (“Best of Me”), Burt Bacharach (who collaborated with Tonio K on “Love is Still the Answer”) and Bruce Hornsby (“Swansong”).

Though she didn’t pen them herself, Gloria chose to record the other three songs because they reflect different biographical and aspirational aspects of her life while also offering universal messages of hope, forgiveness and reconciliation. The high energy pop tune “Best of Me” features a chorus we can all connect with as we aspire to be better people: “Every step I take/Every mistake I make/It’s showing me who I am tonight/For all of the doors that close/Another one opens wide/Here comes the best of me for the rest of my life…”

Loring brings a deep sense of heartfelt soul to the lush ballad “Love is Still the Answer,” with much needed truth ringing from every lyrical line, along with a challenge: “Love never changes or betrays a friend/From the start, love was part/Of some fantastic plan/Some brotherhood of man/And now it’s down to us/We either shine the light/Or darkness rules.” The eloquent closing ballad “Swansong” from Hornsby’s 1998 album Spirit Trail is reflective song Gloria has long loved and which she can envision being sung at her memorial one day. “To me,” she says, “it’s a song about getting to the end of your life and having no axes to grind and realizing everything has been for the best.”

While involved in numerous other spiritual, creative and charitable endeavors over the years, Gloria had been in the studio with Perlman on and off recording various tracks. With so many lifechanging world events happening in 2020, she felt it was the perfect time to “dig in the vaults,” so to speak, and release these poignant songs to offer a loving musical embrace. “I feel these songs are right for this time, when everyone is going through difficult times, trying to stay in touch with the best of ourselves and trying hard every day not to get discouraged,” she says. “During a time of great fractiousness, they speak to a good-heartedness. No matter how trying the circumstance, we have the opportunity to stop and change our reactive approach and bring the best of ourselves to the moment.”

Perhaps best known to the masses as the singer on “Friends and Lovers,” her role as Liz Chandler on “Days of the Live” in the 80s, the co-composer of the classic theme songs to “Diff’rentStrokes” and “The Facts of Life” (which she also sang) and the mother of pop/soul singer Robin Thicke, Gloria has also been a tireless spokesperson for the Juvenile Diabetes Research Foundation and the author of five books benefitting people with diabetes. Her son Brennan, now 44, was diagnosed with Type 1 diabetes at age four in 1979. When Loring joined the cast of “Days of Our Lives,” she had the idea to create and self-publish the “Days of our Lives Celebrity Cookbook” to raise money for diabetes research. The two cookbooks she wrote, along with her recording “Shot in the Dark” raised more than $1 million for JDRF.

While recording a handful of albums over the years, including two in the 80s for Atlantic Records and the standards collection By Request in 2000, Gloria has also performed everything from classic rock and standards to Broadway and pop in clubs, performing arts centers, casinos and fairs. Among her popular musical presentations were a tribute to the Streisand Songbook with The Palm Beach Pops Symphony and a musical show riffing off her success as a TV theme song writer called “TV Tunes.” In addition, she has sung on the Emmy Awards, American Music Awards, Golden Globes and Academy Awards. A certified yoga instructor and articulate champion of biomedical research, Gloria’s keynotes have inspired businesses, health care organizations, spiritual communities and women’s groups. In 2012, HCI, Inc. published her spiritual biography “Coincidence is God’s Way of Remaining Anonymous: Reflections on Daytime Dramas and Divine Intervention.”