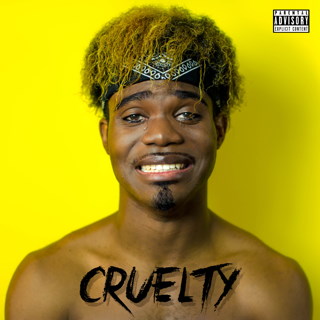 With the April 3 release of his stylistically eclectic and hard-hitting debut album Cruelty, emerging artist Allocai is not merely sharing the often-harsh truths of his life experiences and his journey from darkness and pain to hope and light.

With his no-hold barred 11-track collection, the Jamaican-born, Los Angeles based singer-songwriter is also paving the way and making it safe for indie musicians to dig deeper within themselves, own and embrace and own their feelings (no matter how painful) and find fearlessness in their vulnerability and authenticity.

With a pop driven flow that heavily incorporates a wide range of influences – rock, hip-hop, R&B, reggae, dancehall, soul, blues and classical music - Cruelty chronicles a powerful, life altering ordeal Allocai went through with his father by empathizing the experience to the audience through emotions rather than words, with each song representing a particular feeling he experienced on his harrowing but ultimately triumphant road to recovery.

He laid the foundation for the album’s drop with three lead singles – “Hush,” “Be My Main” and his breakthrough hit “Cloud9,” which has over 1M streams on Spotify and whose video has scored over 1.5M YouTube views since its release in October 2019. The track is one of Allocai’s darkest, most trippy and intense, representing his lowest state, when “nightlife stopped working and I needed a stronger distraction. A cocktail of different drugs was my personal remedy for an even deeper escape from reality.”

Allocai started singing and writing music professionally five years ago after a life changing event nearly drove him to suicide. His father got romantically involved with Allocai’s girlfriend, kicked him out of the house and family company – and shortly thereafter she got pregnant and they married. “A few months passed, during which I barely hung on to my sanity but my depression got worse, especially with the academic pressures of being a medical student,” he says.

“At my lowest point, my grandmother, whom I was living with at the time, encouraged me to go back to my roots and find a way to express the emotions I was keeping to myself. Her words led me to rediscover my voice and talent to find a deeper purpose for it all. I used it as a form of emotional therapy to express feelings that I couldn't express in a conversation with a therapist.”

After months of training and developing his craft, Allocai made the bold decision in 2017 to drop out of med school and venture to LA to pursue a career in the arts. Once settled in, he found a record label, Tree4ort Records, and a great co-producer (Austin Leech) to collaborate with as he developed the songs for Cruelty. He also discovered a newfound freedom that had otherwise been foreign to him. Away from the homophobia of Jamaica, he was free to express another side of my sexuality that he had to keep buried deep. He started having romantic relationships with men, which eventually led him to more openly display his sexuality.

Cruelty artfully and impactfully catalogs the timeline of Allocai’s ordeal, starting from when he met his ex-girlfriend up until his suicide attempt. Without giving away too many personal details, he penned each song with the idea that though the lyrics may not speak directly to the storyline, they should evoke the same emotional reaction he felt while going through that phase of his journey.

The focus singles include the haunting ballad “Heartache,” inspired by the singer’s desire to stay in a relationship with the woman despite their mutual depleting attraction; the fiery and dramatic hip-hop jam “Drop That Shit,” written from the perspective of his father, to express his blithe narcissism; the reggaeton flavored romp “Feelings,” whose playful dance groove contrasts with his expression of pain and the fake happiness that comes from fruitless distractions; and the scorching rock/soul ballad “Fault,” which chronicles his suicide attempt via sleeping pills and carbon monoxide poisoning, complete with a medical resuscitation element.

Reflecting on his decision to title the album Cruelty (when there is no song with that name), Allocai says, “While going through the ordeal with my father a lot of people who I confided in always used the word ‘cruel’ to describe the situation and so I thought that ‘cruelty’ would be a fitting title to for the LP seeing that the album chronicles this. My personal experiences have led me to understand the word as inflicting pain on another person without any form of empathy, remorse or regret and that's what happened with my father. I wondered if he didn't realize that I was gradually deteriorating as a person. The way the album progresses captures my mental breakdown and instability from enduring the pain of another person's cruelty.”

Allocai attributes his courage to make his first splash as an indie artist with such a personal album to the influence of his grandmother, who made him realize that his liberation out of this personal crisis and self-destruction was through music and creativity. “When you’re able to take your pain and create something that others can empathize with and enjoy, you're also taking back your own power away from the source of your hurt,” he says. “Being brutally honest on Cruelty was an essential way for me to take back power from my father and my ex-girlfriend (now my stepmother) so they no longer had the ability to stop me from healing.”