As an increasingly vaccinated world emerges from lockdowns, lots of people are talking about whether the fight against the pandemic was too strong or too weak. Some people argue restrictions did not go far enough[1]; others maintain the attempted cures have been worse than the disease[2].

One reason for these conflicting views is that the answer depends on both facts and values[3].

Relevant facts include features of the virus like transmission rates and deaths. Government policies were often guided by scientific findings to reduce the spread of the virus and the resulting illnesses and deaths.

Our research[4] on the study of how fair and reasonable discussion helps citizens reach political decisions suggests there will never be widespread agreement on whether lockdowns, the most controversial coronavirus policy, were worthwhile. 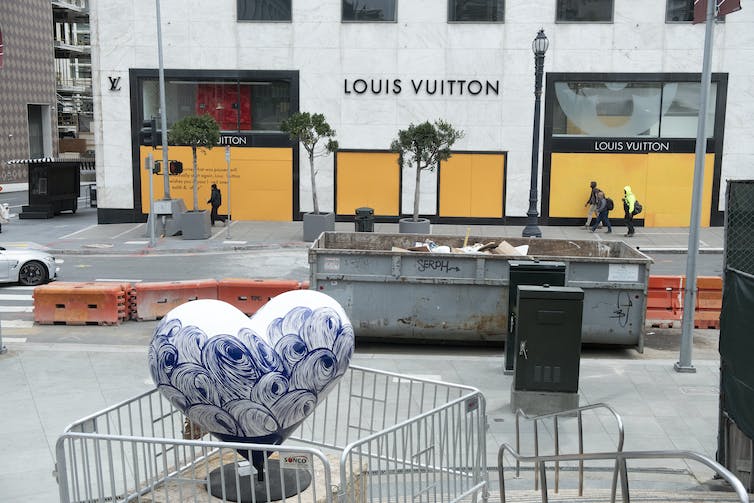 In a perfect world, policymakers’ decisions are based on evidence[6]. But which science and data matter to some people is different from the science and data that matter to others. Should the government prioritize public health at the expense of the economy[7]? Should individuals sacrifice liberty for the social good[8]?

In principle, the U.S. could have devoted all of society’s resources to fighting coronavirus – but doing so would have meant ignoring all other illnesses and the personal priorities that make life worth living, like hugging Grandma on July 4th.

Cost-benefit analyses offer one way to ensure that various trade-offs are explicitly considered rather than left unstated. These analyses rely on well-established methods[9] to estimate how much society is implicitly willing to pay to save one life.

Based on those estimates, the number of deaths prevented by coronavirus mitigation policies could be converted into dollars for the “benefit” side of the ledger. The associated “costs” include direct government expenditures now and into the future, along with lost wages and revenues for individuals and businesses.

With both benefits and costs denominated in dollars, it’s potentially possible to determine a policy’s net social effect: It’s a simple math problem[10]. 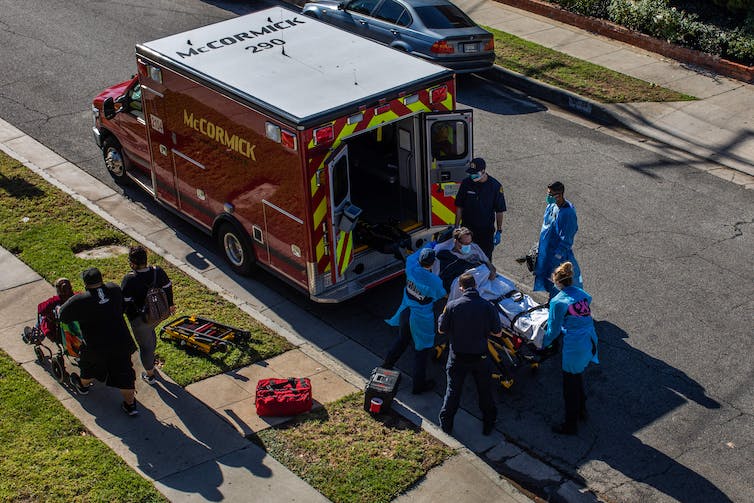 Across the country, ambulance workers donned gowns and other protective gear before helping patients who might have been infected with the coronavirus. APU GOMES/AFP via Getty Images[11]

Lockdowns are hard to evaluate

But even if we could cleanly compare costs to benefits, it’s impossible to definitively measure the effects of lockdowns. Communities that had longer and more extensive lockdowns were often those likely to be more vulnerable to the spread of disease, or with less access to medical care.

For example, some denser places with more intergenerational households introduced severe lockdowns – but were also more likely to suffer high levels of virus transmission and death[12]. This would artificially make it seem like lockdowns didn’t work, because those places still suffered many deaths – just fewer than they would have without the lockdowns.

Fortunately, one of the central aims of social science work is finding ways to tease out cause from effect using real-world data[13]. Researchers can use statistics to adjust the data in a way that neutralizes the effects of factors that influence both a state’s fatality rate and its propensity to adopt lockdowns, like its population density, wealth, age distribution and health care capacity.

Still, any honest researcher should acknowledge they can only reduce, not eliminate, this type of uncertainty[14]. 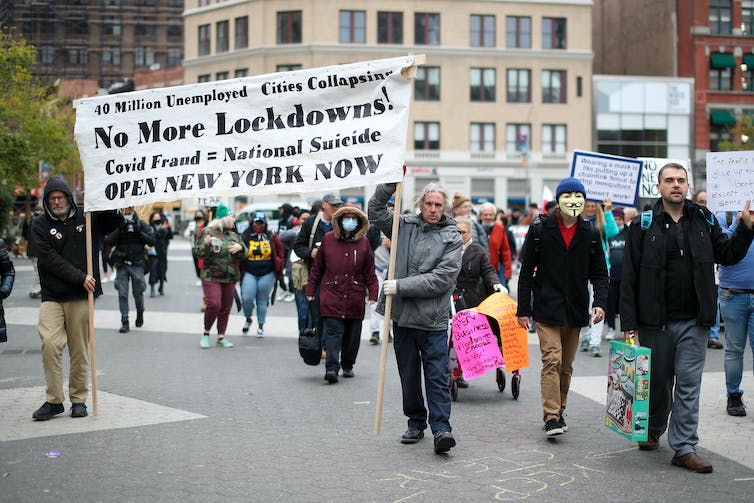 Protesters called for an end to lockdowns. Tayfun Coskun/Anadolu Agency via Getty Images[15]

The range of costs and benefits

Even if it were possible to isolate the number of deaths prevented through a lockdown, it’s hard to measure other costs and benefits[16] associated with coronavirus policies.

Confining people to their homes may have reduced their odds of spreading the virus. But staying home may have raised other risks, such as domestic abuse[17], addiction and mental health problems[18] and the harms from delayed treatments for other medical conditions[19].

Among children, the lack of in-person schooling can hurt learning[20] and raised rates of anxiety, depression and sleep disorders[21].

Other potential costs can be measured only in the future – such as smaller expected earnings among people whose learning was slowed down.

On the flip side, mask-wearing and social isolation may have had the unintended benefit of temporarily countering seasonal flu[22], which kills about 40,000 Americans[23] a year. And there may have been technological innovations – like improved video-conferencing[24] – sparked by lockdowns. It’s simply too early to tell.

While the ultimate economic effect of lockdowns may be negative, lockdowns may still be justified if people value a dollar today more than one tomorrow. But policymakers, let alone citizens, simply do not agree[25] how much society should value today’s versus tomorrow’s dollars. Indeed, this perhaps fuels the biggest disagreements over policies with delayed effects. 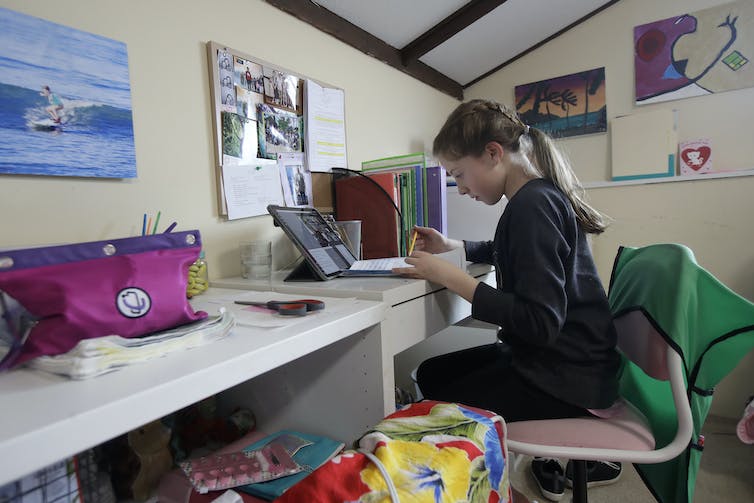 Millions of students and teachers had to transition to online school. AP Photo/Jeff Chiu[26]

The need for humility

Because the benefits and costs of policies unfold over time in ways that produce different winners and losers, it’s simply hard to arrive at a consensus on what benefits to rank first and what costs are worth incurring.

An older person may want the government to prioritize elderly people’s health, while parents with young children may emphasize reopening schools. Young adults may bemoan lost job opportunities while waiting out lockdowns.

Ultimately, that’s why there will never be a definitive answer on whether the country’s lockdowns were “worth it.” The costs and benefits can be clarified, but not measured completely. And values come into play: How many lives were saved can never be exactly equated with how many children’s development suffered.

Data can only bring society some of the answers. The rest we have to decide for ourselves.

[Get the best of The Conversation, every weekend. Sign up for our weekly newsletter[27].]