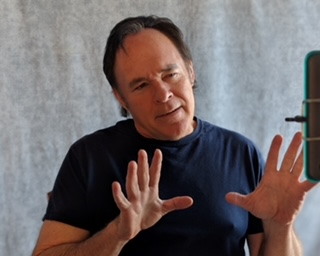 Ah to be an actor, many wish to be and many not to be. Should you be? That is the question...lol Well, I feel that all beings should dare to dream and chase any dream they desire. If you are of the group that has a personality of drive, passion and fortitude then your endeavors of being a true working actor will be more successful. In the coming articles we shall approach many aspects of the craft as well as some that are often overlooked in these types of informative masterpieces. As the title states this will be an A-Z and an actual one at that. We shall all enjoy each article as they progress from the alphabet. Today's shall begin with the letter A.

We already covered a part of A as we have shown that you wish to act. Let us not begin with teaching how to act at this alphabet as you were most likely thinking we would. Instead let us speak of…...drum roll please! AUDITION!! Ok, that was a rather obvious choice, but an oh so important one.

Yes, you can act but you will need to show someone your talents. I see so many skilled aspiring actors simply freeze up or lose their confidence in an audition. Running their lines before the audition. Pacing frantically as if their life depended on it. Usually for no good reason apart from one. You have simply not had enough audition time or camera time. If you had then you would not be so nervous. Yes, I am direct! You have studied the character and memorized the lines. You are all set. Then you are in the room or self-taping etc. BOOM, you are lost. You begin to over think every aspect and suddenly, your audition does not come across grounded or believable yet more forced and random. How do you over come this? Like so much in this business you need to practice and repeat. As the noted Award-Winning actor Frank Langella once said to me about acting, on the set of “Lapham Rising”. “Memorizing lines like everything in this business is simply repetition, do it over and over”. Choice, simple words from such a brilliant Actor.

With in person auditions rather limited at this point, let us look to taping and live virtual auditions. I recall mentioning to many about four years ago that this is where the business would be headed eventually. The virus has simply expedited it somewhat. Hold on to your pants Casting Directors, there is still a need for you. Back to Actor’s, as an actor you should have already found a spot where you live to set up an area for audition.  If you have not, then you better get with it.  Purchase yourself an inexpensive selfie ring with a phone/camera mount in the middle and a full height tripod. Make your own little studio. If you are using a laptop instead of a phone, then adapt accordingly. We will cover more of the full set up under some other alphabet in coming articles. This one is about getting past the jitters.

Practice taping yourself acting out some sides you have received or a favorite monologue. Watch yourself while taping and be recording so that you may watch again later. Do it over and over in different ways. Have some fun with it too Crack yourself up a bit. Change the delivery and the lines.

Do this on a regular basis with your many personalities. This is so easily done and takes little time do perform regularly even if you are working and/or a single parent If you are a parent then let the kids critique your performance. There is nothing more honest than a child! My daughter was my best. Still is but I just do not really need to audition much any longer. Yes, you will be in the position some day of not auditioning for some roles, and then you will miss the audition room! Another fun one is to get together with some friends for a fun night of audition practice.

They do not need to be actors or close friends. Most of those will lie to make you feel good…lol Find some of those real brutally honest outgoing types. They are the best. #Smile #SneakyGrin. Audition in front of them and allow their input. You all can record and review which takes you like better. For those with the most to say, stick them in front of the camera and see how they like it! Ba ha ha ha.…redemption!! Seriously though, this will raise your comfort level the more you do this. Ok, I am done, and this will be your first step with the other steps to come in future articles. Good luck!!

Ha, just kidding! We are still on subject. While you are practicing also work your angles and positioning. Learn what previews you in the best light, and still representing the natural look of your persona. Do not feel that you need to dress the part. While some small newbie productions like this, it is usually best not to with the more experienced industry. They want to see your facial expression, your eye contact/reaction with the reader, as well as hearing your tone inflection. Do not spend so much time on attire. Time is more well spent on your craft.

Always keep in mind that we are all actors. We have acted every day of our lives. When you meet someone for the first time you are acting a bit. When you apply for a job you are acting a bit. Seriously look at how much you are not truly yourself in your life and bring that to the audition. Do what you do every day which is being yourself by acting like someone you are not…lol We are all guilty of it. The audition room is no different.

We have all had the wonderful flub moments. But was it a flub? If you are reading a line and you changed a word, don’t stop. Morph the new verbal addition to fit the moment. Some of the best auditions are from the actor that rolled with the flub without notice. You will find that the person watching may not even catch it because they are so into the character you are presenting to them. At times this will work better with the character as you are presenting it. This would then make different and stand out from the rest. The same with the being on set. Roll with it and make it seamless. If they do have an issue, they will simply have you do it again. No Biggy! Don’t sweat the small stuff. If it is not death or taxes, then it is all small stuff!

Now come we to the infamous Casting Director also known as the CD. Not like the CD you were once accustomed to. Although both should be listened to just the same. Folks these people are human beings and no different than you or I. They are wonderful people who are not to be feared.

They have their vices, short comings, and positive points like all of us do. The CD is there to assist production in finding the faces and characters that fit the breakdowns. This is what they are paid to provide, and they desperately need your help. If they do not provide what is needed by the production, then they are not hired again. They are not doing you a favor. You are helping them as they actually need you more. Give them your help so that they may stay employed please. In turn will keep you employed. Have a heart! #Laughing #Seriously With the inflection of my humor this is the truth so keep that in mind. Listen to their guidance and redirect if any. When the CD provides this guidance, it is not saying you did something wrong. They are saying you did something right and are fine tuning you. They can see that brilliance waiting to boil out of you, and at times it may feel like they are turning up the heat to get you there. Take it as a positive. Also, do not be afraid to say hi but keep your intro brief unless they ask for more. They really do not want a life story or know that you like romantic walks on the beach. I always enjoyed just being in character.

Even during the slate. I once auditioned for a Ron Howard series filming in Bucharest. I believe it was “Genius Picasso”. In the audition you were to speak Russian as it was a Russian Orthodox priest role. The audition was to perform a Russian Orthodox chant. No sides were provided. I could speak little Russian but am great with the accent. I was still in a quandary of what to do. My decision was to take the Lord’s prayer and run it through google translate to Russian. Created and memorized in about 30 minutes and self-taped as it was a quick turnaround. I did the slate intro in a total Russian accent with broken English. Including a totally different persona than mine. What a blast that was and yes, I was picked for the role. However, did not do the role. They thought that I was a real eastern European residing in a local Slavic country as my Management Co resided in Europe. The manger did not mention that I was in the US.  As it were, they needed me the next day in Bucharest. What a shame as I always enjoy paid working vacations. All that long story to simply state what ever the moral would be that you find to said story. I leave it to you to create the intended message.

See you next time and please do see and learn more of me here: