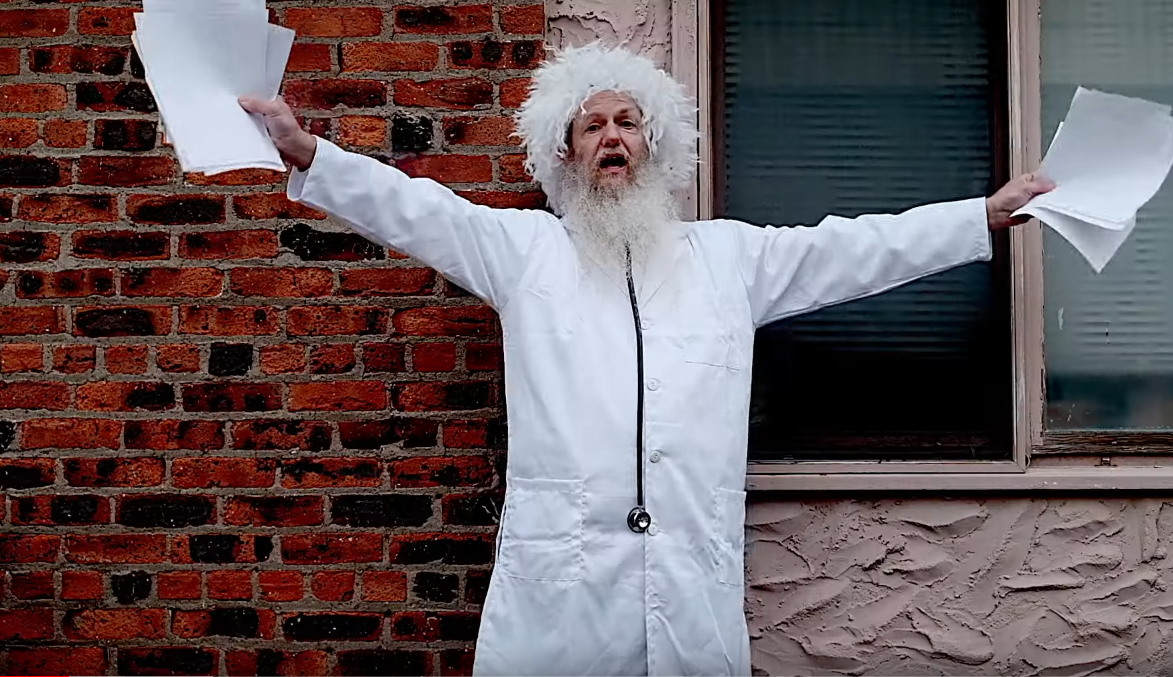 NO – this is not going to be the gazillionth internet essay about Rock music being dead / not dead / dying / not dying (the title of the piece not withstanding). So, what are the next “X” words about? Read on (or not) and find out.

[First, a message from our sponsor: My band, Emodulari has a record out. It contains our hit single “Craniotomy” and eight other songs. Go to our YouTube channel to watch the award winning “Craniotomy” video. While you’re there check out some of our other tunes. If you think the songs are cool, go to our Website at www.emodulari.com and buy the record. What kind of music is it? Listen and then decide how you would describe it. Is it Indie/Alt Rock? Is it indescribable? Does it need to be described? AH HA! A clue… and now back to our regularly scheduled program].

In 2000, “they” compiled a list of music genres. The total was about 18. In 2021, a visit to Spotify’s  ‘every noise at once’ website reveals  over 1,300 named genres, including ‘bubble trance’ and ‘blackened deathcore’ (not to be confused with ‘slamming deathcore’).  As in politics and sociology, music has fallen victim to Zeno’s dichotomy paradox. No matter how intricately we construct an illusion of the safety of a team womb around ourselves, we will never feel at ease. Further divisions are always possible and the zero-sum finishing line will remain eternally just out of reach. Is there really no such thing as an incremental amount of time? Is our perception off? Can math conflict with common sense? If I confess to you the kind of music I like, what does that tell you about me? How will you label the glass jar within which, like Doctor Pretorius, you would have me reside for observation, judgment, and occasional exhibition (remember – the ballerina dancer will only dance to Mendelssohn’s “Spring Song” – ‘so monotonous!’). That I thoroughly enjoy and embrace rock ‘n’ roll should come as no surprise. Psychological research has concluded that the music we are exposed to between ages eleven and fourteen for females, and ages thirteen to sixteen for males serves as our home base and musical comfort food for the rest of our lives. That puts my musical sweet spot at 1972/3-1975/6. So, yeah, I like rock ‘n’ roll. I also like Mahler and Stravinsky and Coltrane and Jimmy Cliff and Nina Simone and Blind Willie Johnson and Sinatra and Lefty Frizzell and… it’s all great and maybe it ‘tells you’ something about me and maybe it doesn’t. None of it ever dies. The soul of the listener undergoes a beautiful transfiguration as the reincarnated music shares its renewed energy with the Universe.

The hidden question being posed is actually, “Can I make a lot of money from recording/performing rock ‘n’ roll now-a-days?” So, first of all, hardly any one makes a living from making music now except for so-and-so and you-know-who. We’ve played this old, worn out record a million times, but let’s give it another quick spin: Side A) Song 1: Nearly 40,000 songs are uploaded to Spotify every day. Quick math: that’s more than 14,000,000 songs a year [sow the wind].  Side B) Song 1: Gigging (pre/post COVID), Song 2: streaming service “revenues” (HA!), Song 3: selling T-Shirts and other assorted crap [reap the whirlwind]; That being said, four of the ten highest grossing concert tours of 2019 were rock bands: Metallica ($179 million), Rolling Stones ($177.8 million), Bon Jovi ($134.2 million), Fleetwood Mac (112.2 million). [OK – we’ll call Elton John ($212 million) rock, so five out of ten]. And it’s not just old fogies like me attending these events. These venues are packed with fans of all ages because good music transcends genre and generational divide. There will always be a ‘market’ for music that does its’ job; digging deep inside our psyche and getting us to scream/laugh/cry/dance! – to feel something. And if it’s really good it’ll get us to think about something and possibly even transform our lives in profound and surprising ways. Why do some souls respond to “pools of sorrow waves of joy are drifting through my open mind possessing and caressing me” (John Lennon), while other souls are nourished, as through liquid calories, by “yeah you f***ing with some wet a*s p***y bring a bucket and mop for this wet a*s P***y” (Belcalis Merlenis Almanzar). Hey, equus tergum terminus, etc. (that’s what makes a horse race…).

Buddhist Monk and teacher Thich Nhat Hanh explains that if we can see the cloud in the rain we can stop suffering and restore joy. How is it possible to recognize the old form manifesting in the new form? Are they truly one and the same? Life is very strong. Stronger than death. Now, tell me what these “X” words have been about. Here’s a hint: Dividing by zero is undefined. Let’s say we separate the ‘specific’ from the ‘general’ in order to make the ‘specific’ special. Then we decide to separate another ‘specific’ from the ‘general’ to make it feel special, and so on. How many ‘specifics’ do we have to remove from the ‘general’ until we have created a parallel ‘general’ category containing no ‘specifics’? It seems, then, that zero divided by zero could be any value. Only the illusion of a separate self allows for the descent into the rabbit hole of duality; a dystopian dark space of continuous division.

So, we’ve circled back around to our friend Zeno and the illusion of motion. The journey has no beginning and no end and we’ll never stop writing the soundtracks of our lives and turning each other on to all the awesome music that hasn’t been written yet but has been here forever and somehow rock ‘n’ roll is part of that swirling kaleidoscope of sound and, so, “Long live rock! Be it dead or alive!” (Peter Dennis Blandford Townshend).