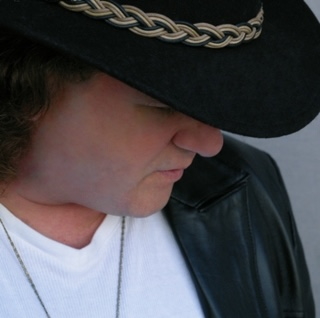 Ben Kingsley's character Cosmo in the 1992 cult classic Sneakers prophetically quipped , The world doesn't operate on reality, but on perception of reality.

Those words have come to roost in this year 2020 as we find ourselves living in a world of few definitive realities. At the same time, perceptions of reality have become so polarized that there seems little to no middle ground. Half the U.S. is viewed by the other half as nothing short of fascist Nazis, while that half views the other as nothing short of Marxist Communists whose goal is the eradication of all Constitutional freedoms.

The problem is not the usual reality, that both sides are right. Rather, it's that both sides are wrong. To the extent either of these polar extremes exists, it does so in statistically immeasurably small numbers. At the same time, those extremes are disavowed by the vast constituency of both sides. Yet, these unfounded accusations dictate the narrative on both sides.

Madison Cawthorn, recently elected Congressman, and the youngest person elected to Congress in over 50 years said, Our two party system has failed us and has pushed our country so far apart, and national leaders on both sides of the aisle are fueling their political campaigns off of this divide.

It's as if both sides look at the other from the outside, and both come away with a nonsensical perception of reality. But it's not surprising as that's what always happens when judging others from outside their reality.

Author Brad Meltzer one profoundly stated, It is very dangerous to try to interpret something from the outside. It’s as if someone unfamiliar with Christianity stepped into a Catholic Church, and heard a priest, in the middle of Holy Communion, say the words, "This is the body of Christ… this is the blood of Christ." Without knowing the context, the ritual can seem strange or unusual, even a little frightening... Without context, we cannot possibly know what is going through the mind of the (practitioners).

The noise and BS of these perceptions of reality irrationally thrown from both sides is so deafening that it blinds us to the realities of our present world. In reality, we are all equally threatened by the same forces upending our culture and society. The ignored reality is that, if there were ever a time to unite and come together, that time is now.

Employees and employers alike face a day-to-day fight for survival unless they can operate within a virtual environment. Any establishment dependent upon foot traffic faces an unsure future, with the possible exception of big chain grocery stores such as Wal-Mart. Hell, even churches are going out of business. The longer this reality lasts, the worse will be the carnage.

Even after we prevail against this reality, it's likely perception of reality will exacerbate societal damage for a very, very long time to come.

How many years after an effective Covid-19 vaccine, or therapeutics, will it take for peoples' perceptions to change? How long before we feel safe congregating in numbers again? Or will we ever again?

We, as a society at large, could remain leery of this for another generation, or even more. We can't imagine the extent to which this perception of reality could alter our actual reality, perhaps irrevocably. What we have perceived as our reality before this year may never return, not because a credible, reality-based threat of continued Covid-19 danger persists but rather, because we perceive that it does. Having experienced a world in which close, casual, crowded contact is threatening, we may never be comfortable living that way again, until eventually congregating in crowds becomes in itself an uncomfortable enigma.

And what will be the effects of this new perception of reality?

As I am a writer, actor, filmmaker and songwriter / recording artist, I'll look at this industry as a microcosm of society as a whole. Through this example, we may glimpse the changes we could expect to see throughout other industries as well.

To state the most obvious first, movies can no longer rely on box office receipts to recover film production costs. That means they will depend almost exclusively on streaming, on-demand and broadcast revenues. Streaming revenues will have to become more equitable for content creators, although I doubt anyone could predict exactly how this will most likely develop. In the interim, studios certainly have to rethink mega budgets.

I've written before about likely effects on the music industry, with big budget arena and stadium tours perhaps a permanent casualty of Covid. The effect of this is profound, as live performances account for a musician's primary income. Very few music artists make much, or any, money from their recordings. They make their incomes from concerts.

Nearly all musicians at every level have been unemployed, completely stripped of their incomes for the whole of 2020 and it's taking its toll. This was emphasized in a conversation I had recently with Jeff Phillips, a musician-friend who does charity work with a coalition of rock star wives. He told me many of them are very worried, as they're starting to panic about a looming potential of financial collapse.

With a new wave of restrictions cropping up all over the country- and world for that matter- it may be a long time before the concert business resumes to any real degree, and the days of arena and stadium tours may literally be over.

This same problem exists beyond music as well. Blue Collar Tour comedian Ron White recently put his long-time Southern California mansion on the market. He released a marketing video advertising the sale, which he hilariously narrates himself.

At the end of the video, he explains his reason for selling. In it, he poignantly states, I'd like to thank my fans who bought this house, and let me have the pleasure and privilege of living in it for quite a few years. And it's a shame to let it go but, in these times of Corona virus, we're all looking at new realities, right? And so, at one point, it looks smart for me to act like I might never make another dime, and it's time to scale it on back a little bit.

This sentiment is also proposed by some of our most gifted minds. In an August, 2020 podcast, scientists Lex Fridman and Sheldon Solomon discussed the potential for our society to collapse at any moment over the effects of Covid-19.

In speaking of broken dreams from the countless tens of thousands- or more- of businesses shutting down, compounded by the cumulative total of other psychological effects taking us into unknown dystopian directions, Fridman looked a generation into the future, asking, What happens 10, 15 years from now because of the Covid pandemic that's happening now?

Solomon responded: The way that we manage existential terror is to embrace culturally constructed belief systems that give us a sense that life has meaning and we have value. And, in the form of self esteem- which we get from perceiving that we meet or exceed the expectations associated with the role that we play in society- well, here we are right now in a world where, first of all, if you have nothing you are nothing. And secondly... a lot of jobs are gone and they're not coming back. That's where the self esteem and identity come in. It's not only that you don't have anything to eat, you don't even have a 'self' anymore to speak of because we typically define ourselves- you know, as Marx put it, "You are what you do." And now, who are you when your way of life, as long as your way of earning a living, is no longer available?

A lot to think about. Regardless how our perceptions of reality may superficially divide us, we're all embarking on a strange new reality, and where it leads us is entirely unknown. We may all step out of it into a new reality as strange as if this journey were through a wormhole.

Brandyn Cross is an autistic, multi-faceted artist who was left a wheelchair-bound amputee after a severe industrial accident. Only intensifying his drive to succeed, he has since written and recorded charting and award-winning songs, acted in films and TV series, written books and screenplays, and written more than 100 episodes for TV series and specials, all while inspiring others through his motivational public speaking.