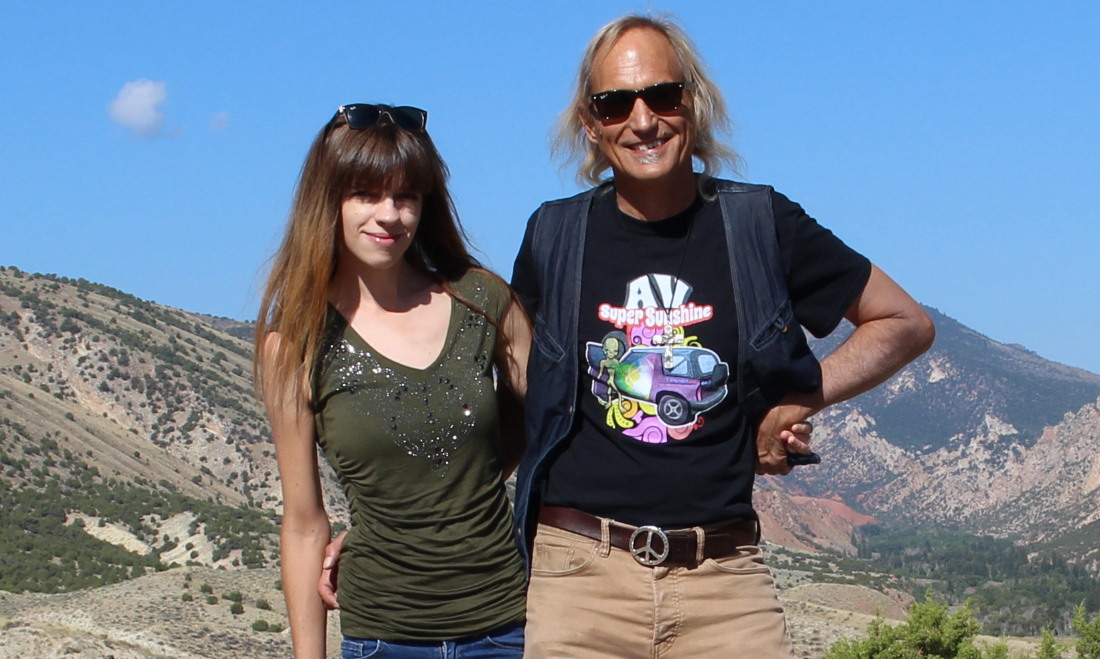 My wife and I were watching the local morning news show recently and their guests was co-founder of a well known Wisconsin based international film festival.  While he was describing how the festival would be an online event this year due to the covid-19 outbreak, he unexpectedly blurted out, “We have this one movie this year.  This couple from Fond du Lac was abducted by aliens and they made a documentary about it, so it’s called ‘Alien Abduction’ and you can watch it”.


Upon hearing this we were overcome with fear.  You see, we’re the couple with the film.  Earlier this year our film had been entered in a number of Wisconsin based film festivals.  Almost all were cancelled due to covid 19.  When the festivals were cancelled we began working with Miami entertainment attorney Allen Jacobi.  He is currently trying to get us the help we need to properly tell our story.  We forgot all about entering this particular festival in Weyauwega.  Now the cat had slipped out of the bag and on live local television. We could really feel reality finally catching up with us as we watched.


Before things build and fester I want to set the record straight, we have been through two abductions and one visit.  An abduction is when they come and take you and put you into their craft.  A visit is when they just stop by to say hello.  The first abduction included an amazing anti-gravity saucer ride.  The entire story is beyond belief and it’s really hard to live with.  I’ll go deeper into the abductions at a later date.  For now our independent film will be available for online festival viewing until November 22nd.  If you have more interest I’ll leave a link below.


What I will share with you at this time is the visit.  It was the evening of Friday January 18th, 2019 around 10 PM CST.  The lake behind our house was frozen with about a 3 foot layer of ice.  Snow cover was at a minimum.  There was low cloud cover making an efficient landing and take off virtually invisible to the neighborhood and the surrounding area.  At the time of the incident our neighbor to the west was out of state and our neighbor to the east, an elderly woman, had already turned her lights out and went to bed.. 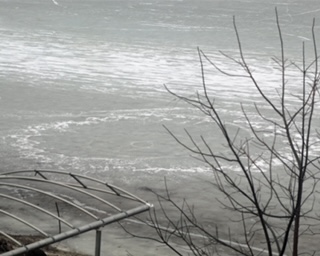 The craft landed on the frozen lake bed between our home and our neighbor’s to the west hiding it from any vehicles passing on the road in front.  It was there for just enough time to have a telepathic conversation with me and to probe our home some type of technology that I’ve never seen before or could have even imagined possible.  The craft made a bright flash of some type of light when it landed and took off again.  It was the third time I had been near and experienced this type of vehicle.  The first two encounters were close up and inside the crafts.  This third encounter I was about 100 feet from the craft.


As previously stated we had been inside this type of craft twice and flown off planet on one of those occasions.  From comparing both my wife’s and my experiences we would say the type of anti-gravity craft that we’re familiar with resembles what UFO “conspiracist” Bob Lazar has documented as a “sport model”.   I’ve included his drawing here to help familiarize you with this type of craft.  It’s the classic saucer shape as in all the films and newly released government military arial footage.  According to Lazar this type of craft is about 52 feet in diameter and about 16 feet high.  They have 3 reactors with the center reactor focused downward.


When the visit occurred, I was sitting in our front sun room on the lake side of the house and could see the flash of light out the window so I knew exactly where to look for evidence.  I got out a high power flash light and went outside and found it had left markings on the ice.  You can see in the photos I took the next morning a series of rings etched into the ice.  There’s a ring matching the bottom of the craft and a ring matching the center reactor port.  Both are perfect circles.  You can also see in the photo where the overhanging underside of the craft had melted the ice smooth all the way to the outer edge showing the craft’s full diameter.  As well you can see a slushy ring just below where the outer edge of the craft would have been.  In the photo the diameter of that slush ring can be estimated at about 52 feet which supports the measurements of Lazar’s “sport model”. 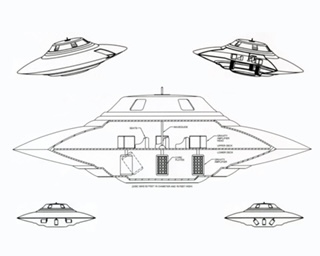 While landed, as previously stated, I also received a series of telepathic messages.  While this communication was happening I kept asking the aliens a single request over and over in my mind.  You see, after our second abduction, we knew they’d be back for more visits.  I wanted to be prepared and I had a long time to think about what I needed from them.  The request I repeated, “I need a photo of an alien”.  A few days later I received a photo of an alien in an attachment to a text message to my phone.


As you can see by the photo I received that it appears to be the classic alien.  I was eventually able to track down and have a telephone conversation with the individual who sent me the photo.  They live in a foreign country on another continent.  I was told the individual who took the photo instructed it to be forward to me with an invitation to meet this particular alien.  Traveling abroad right now is a problem so we have not yet taken him up on the offer. I was also told this alien’s location is well protected.


Now the cats out of the bag and we still haven’t told the neighbors.  I attempted a few times this past few months but never followed through.  I’ve got a stack of 8x10’s printed and on my desk at home just waiting to show them.  When you think about it, we should be sitting down with the top minds of companies like Apple and Tesla brainstorming about all the amazing technology we’ve experienced and how it could make our world better.  Instead we’re hiding out hoping that nobody in our town saw the local television segment so we can continue to go to the grocery store in peace.  Think about it.  Would you tell the neighbors?