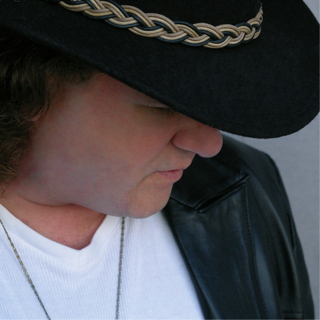 The Covid-19 pandemic is affecting the music industry in ways that could ultimately turn it on its head not only during the pandemic but, perhaps, permanently.

Since its inception, the business model of the music industry has remained largely unchanged, openly favoring labels over artists. It's always been a love/hate relationship, as artists may receive exposure and stardom, while labels pocket nearly all the money. Yet that exposure provides artists peripheral means of income. In the case of A-list stars, lots of it.

Labels exercised great control over an artist's content because they controlled the money, also acting as a bank for the artists. They put up the money for everything. Recording, promotion and marketing, travel and touring, wardrobe, power lunches, interviews and entourage, everything. Yet, all these expenses were ultimately assessed to the artist. Even returned records.Labels kept ledgers of every cent they shelled out and these costs were taken from royalties before the artist received a cent.

The result was called label debt, meaning few artists received anything for record sales as they never earned more than their debt. Unless you were a multi-platinum selling superstar, you probably never received a royalty check. This allowed labels to negotiate favorable deals with artists arguing that, despite popularity or radio play, the artist was losing the label money. Not a bad power play on their part.

So artists had only one substantial means of income, touring, where labels traditionally took no percentage. That remained the standard model until recent years when the digital age allowed artists to produce their own content, with several commercially and critically successful albums literally produced in the artist's bedroom or living room, reducing label debt and the label's control over the artists. That gave rise to a rethinking of label/artist relationships, such as the 360 deal, in which labels received a cut of all artist income streams, including touring.

Nevertheless, touring remained the artist's primary means of income. Then came Covid-19 and tours of all sizes were shut down globally, along with the primary income stream of almost every artist in the world. And who knows for how long? As things started looking up, a spike in cases all over the world has led to a new wave of shutdowns. Even when opening, capacity at bars, clubs, restaurants, sporting events, and even concerts have been restricted to a fraction of capacity. And tours can hardly survive with these reduced tickets sales.

Even when- or IF- full capacity concerts are once again allowed, how will fans respond? It may be a very long time, if ever, before the public feels comfortable with shoulder to shoulder crowds and abandons social distancing norms for even their favorite artists. The age of the stadium or arena tour may be over. And that could rewrite the music industry in profound ways.

Artists may have adjust ways of earning income, which could inevitably lead to a return of a retro type of artist, the acoustic singer/songwriter. Artists such as Bob Dylan, Neil Young, James Taylor and Crosby, Stills & Nash, for a couple reasons.

First, songwriters already have a built-in fail safe. Unlike artists, songwriters aren't subject to label debt. Songwriters have always made money on record sales, unlike artists. As artists desperately seek new ways of earning income, the easiest is to write their own material.

Additionally, they will have to dramatically reduce touring costs with substantially fewer ticket sales. Imagine a tour with private jets, tour buses, 18 wheelers and large crews versus an artist strolling onstage with nothing but an acoustic guitar, and wowing even a socially-distanced audience. I believe this may be the foreseeable future's next big thing, although not necessarily out of artistic preference, but pragmatic necessity.

Brandyn Cross is an autistic, multi-faceted artist who was left a wheelchair-bound amputee after a severe industrial accident.Only intensifying his drive to succeed, he has since written and recorded charting and award-winning songs, acted in films and TV series, written books and screenplays, and written more than 100 episodes for TV series and specials, all while inspiring others through his motivational public speaking.