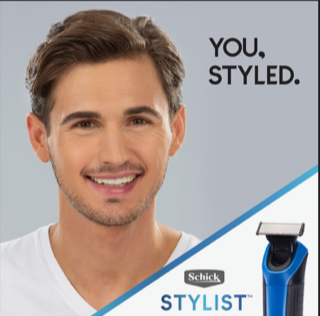 Last year, just after my acting and modeling career had started taking off, I heard some interesting advice from Robert Downey Jr. during an interview on Sam Jones’ series “Off Camera.” Talking about his own early experiences, he said something like, “Any type of work you can put on your resume is good.” That pretty much sums up my approach since 2018, pursuing and taking advantage of every opportunity that came my way, whether it was doing background in indie and major films, appearing in regional commercials or being in print advertisements.

Even though the pandemic has delayed its release several times – its new date is Christmas Day 2020- the work I am most excited and proud of so far has been as a featured background performer in two cool scenes in Wonder Woman 1984, directed by Patty Jenkins and starring Gal Gadot. In the first, I play a mischievous ice throwing teenager (kinda cool for a guy in his mid-20’s!) and in the other, I’m in front of a museum sitting in the near background as Gal and Chris Pine call a cab.

Maybe less glamorous but still very cool, I became SAG-eligible doing my first regional commercial for Toyota on the Washington, DC area and have become “the face” of a new international brand campaign for Schick Stylist, an all-in-one grooming tool. My image will appear in numerous photo advertisements and videos how to use the product. Everything began happening in 2018 when I scored featured extra parts on the TV series “Bride Killa” and “Copycat Killers,” some ad projects for Georgetown University (during which I found out they were casting extras for “Wonder Woman”) and the local watch brand Eone Watches and a live casino photo shoot in Maryland.

Growing up, my favorite and most often emulated superhero was Batman. He didn’t have any innate superpowers. He was a billionaire whose alter ego did all his crime fighting with amazing gadgets. Individual attributes aside, these superheroes all had an origin story, where they can identify the moment their journeys began. Growing up in Virginia with my single mom after my dad left, I can identify two special moments that seemed to foretell my future pursuits.

I remember being a little kid at a store in Middleburg, goofing off in front of the security camera and pretending I was the star of an action movie. That side of me that seemed to like the idea of performing was in stark contrast to me being a shy loner who spent most of my time reading comic books and video games. Then there was the time, around seven or eight, when I was with my mom at Disney World, in the bleachers watching a live re-enactment of Indiana Jones. Watching the running gun battle onstage, I turned to her and remarked how cool and real it seemed. She said, “That’s acting. Pretending they’re someone else and convincing us that’s who they are.” I went back to see the show a few times, fascinated by the way they could keep the crowds captivated. I knew someday I wanted to do that.

Sensing my interest in acting, my mom asked if I wanted to try theatre camp – but after I enrolled, I got scared and chickened out. I just wasn’t ready because I cared too much about what people might think. As I got older, that wasn’t as much of a concern and I became more comfortable in front of people. I realized that not everyone will like me and that’s okay. People can be so negative when you tell them your dreams. I’m sure a lot of successful actors wouldn’t have made it had they listened to the naysayers.

I thought about pursuing a lot of different careers – copy, health inspector, real estate agent. Even though I wasn’t consciously thinking about being a performer, every time I took one of those aptitude tests, the results came back that I should be involved somehow in modeling, fashion, acting and performing. I even explored music for a time. I can’t sing well but around 18, I started playing the drums and became pretty good at it. From rapping to tennis, I started looking at everything I loved doing in light of how I could use those things as a performer. I even created some fun videos for the Musical.ly (the company that merged into Tik-Tok) of me doing voiceovers, making silly facial expressions and music videos. The funniest one was of Judd Nelson as John Bender in “The Breakfast Club.”

After high school, I needed a job and worked for a landscape company on and off and then got a job as a barista at Common Grounds. I learned about the value of making connections and developing relationships – something that comes in handy now as I market myself as a model, commercial, TV and film actor. I didn’t have to apply for the job there. I hung out at the coffee shop with my grandfather all the time and wasn’t really looking for a job. I talked all the time to the son of the owner, and one day he just asked if I wanted to work there.

Deciding to get more serious, I enrolled at Northern Virginia Community College, complementing my basic coursework with acting classes. At the same time, I began to study improvisation, intermediate acting and acting for the camera with veteran actor, author and teacher Brenna McDonough Wolfe at Theatre Lab in Washington DC. In early 2018, eager to also to pursue opportunities as a model and background actor, I took headshots for the first time. Not long after, I signed my first contract with Kingsley Model and Talent Management, which signed me for two years and helped me get my first modeling gig.

All those things have been helpful stepping stones, but I attribute my comfort and confidence in front of the camera and my developing skills as an actor to my studies with master on-camera acting coach John Palotta in NYC, Philly and Baltimore. I connected with him on the professional networking community DragonukConnects. Not only is he always very honest, but he taught me so much about technique, from having one eye closest to the camera to how to “cheat the camera” to sightline issues when you’re talking to the camera during a scene. During an audition, he said, look directly into the camera sightline, then shift to looking at the person you’re doing the scene with while the camera is still focused on you. John also helped me create a professional reel and a website for his acting and modeling endeavors.

After so many years of fits and starts, I finally went after what I really love doing, and now my goal as an actor and model is making a living creating and bringing fictional characters to life. I know it’s often a difficult industry to make it in, and I’m grateful for any success I have achieved so far and am able to in the future. The work I’ve done so far has given me some of the most fulfilling moments of my life. 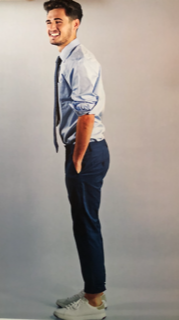