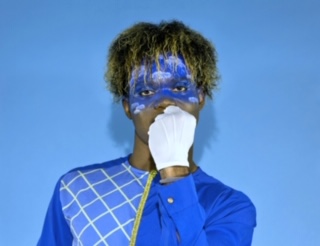 Five years ago, back home in Jamaica, I wasn’t sure where my life was taking me but it wasn’t towards the arts. I had been a singer, writer and dancer from a very young age but I used my talents to entertain my peers rather than pursue a competitive career in the industry. Nothing brought me more joy than entertaining people with my abilities but the internal performer was to remain nothing more than a hobby to escape to my happy place because academics took precedent.


I was excelling in Medical School, the family company ran by my father and I was prosperous, I had two of my dream cars simultaneously and many things most teenage boys dream of I had at my disposal. I knew better than to take any of it for granted because only five years ago my father and I lived together in the notoriously dangerous hood of Waterhouse, Jamaica. Hungry nights, raggedy clothes, dodging gunshots to get to school, sharing a laugh with the neighborhood gangsters at day only to learn that they’ve been killed at night, all this had become normality. To this day I still think of my father as one of my greatest inspirations. I worked tirelessly by his side for five years and watched him build a company from $700 USD to $10M USD. It was the most amazing thing I’ve ever witnessed. I had a front row seat watching a man make his dream come true and despite his awful temperament that often led to verbal abuse, I was truly happy partnering with him to escape poverty. But despite the stability that came with wealth, turmoil brewed deep inside me and it was becoming harder to ignore. I was hopelessly romantically attracted to men in one of the most homophobic places on earth and to make matters worst I attended an ‘all boys’ school. It was impossible to escape the plague of depression and heartbreak that came with falling in love with men who we’re closeted gays but would never to dare share intimacy with the same sex at the risk of discovery. I could understand their fears because homophobia is a headline of Jamaican pop culture. Homosexuals are killed, imprisoned, beaten, forced to live in city sewers and paraded in streets and churches as Omens of an inevitable Christian apocalypse. So, despite my frustration with my unfruitful love life, I understood that it’s hard not to be afraid when every corner of your society deeply disgusts you. In time however my frustration eventually turned to confusion. I met a beautiful young lady who caught my eye and my curiosity. She somehow knew I was gay and it didn’t bother her at all. In fact, she shared with me that she was somewhat of a bisexual herself. These deep intimate secrets that we shared with each other cultivated a deep friendship which deepened even further into a relationship. I didn’t try to understand how I was gay and still attracted to this girl, all I knew was that I loved her and it was real. For the first time somebody had given me a taste of acceptance and it felt like freedom.


Things moved along quite quickly between both of us and eventually she started to work in our family company. Our relationship was fulfilling until a couple months later she broke it off without reason. I was distraught and confused but what I found out later was the defining moment that changed my life forever. My father got romantically involved with her. The curse of wealth had started to have its effect on my him and I; as we got  wealthier, we grew bitter towards each other. One night he brought her home and told me to my face that she was moving in with us because they were seeing each other.  The situation escalated exponentially over the following weeks as tensions rose and I later discovered that she was pregnant. This pushed me over the edge and it led to a nasty fight where I revealed I was seriously contemplating to hurt them both. Immediately after, father kicked me out of the company, cut me out of his life and exiled me to live in Waterhouse with my grandmother on my mother’s side.


I thought it couldn’t get any worse but I fell to absolute rock bottom when I learned that they we’re both scheduled to get married. Exiled, heartbroken, embarrassed and depressed, I dropped out of Med School. From there on I only spiraled downwards, cycling through intense emotions, drug abuse, complete isolation and destructive thoughts which eventually led me to a suicide attempt via Carbon Monoxide poisoning. An attempt it shall remain because somehow, in the middle of what was to be my last night alive, my 90 year old grandmother sensed that something was wrong, kicked open a bathroom door that was sealed shut and found her beloved grandson on the floor overdosed with sleeping pills at the brink of CO poisoning. We cried together and the tears broke my apathy to finally have a very deep and intimate talk with her. She encouraged me to find a way to express these pent-up feelings that I wasn’t sharing with anyone. The morning after she gave me all the money she had and told me to get out of the house and never to return until I discovered my true self outside my father’s shadow. My wandering mind brought me to a remote beachside on the island where I found myself screaming at the waters. As I screamed, I cried until the screams turned into musical notes and I rediscovered my voice. That day I returned home to tell grandmother I found my calling. I would heal myself by writing an album where each song would represent an emotion from the array of emotions I was going through. She acted as somewhat of a sensei, guiding me towards the steps to take to master my craft and make my dreams fruitful. I spent two years nurturing my talents through vocal training, songwriting and dance practice until I decided I needed to visit the heart of the industry in Los Angeles.


While developing my talents further in LA, I discovered a form of freedom that was otherwise foreign to me. I had arrived in a city where homophobia was for the most part scorned upon instead of praised. Inevitably I felt my soul blossom and, away from the violent homophobia of Jamaica, I started to openly express my sexuality as a gay man. The secret I had to keep guarded my entire life provided the missing final ingredient I needed to complete my recovery, love.  I stayed in LA, out of fear of returning home now that my sexuality was exposed, and started the completion process for my LP. Destiny later led me to partner with Tree4ort Records to complete my debut album 'CRUELTY', a 12 track LP slated to be released in April 2020. The album chronicles the ordeal with my father by empathizing the experience to the listener through emotions rather than words; each song represents a particular emotion I experienced on my road to recovery. My debut hit single, Cloud9 for example, is a representation of one of my lowest states, drug abuse. 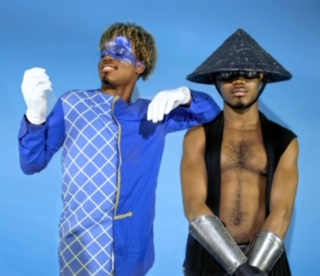