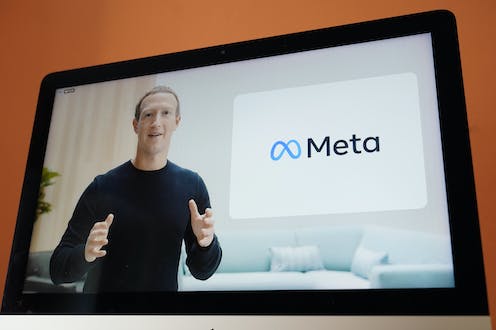 Fall 2021 has been filled with a steady stream of media coverage arguing that Meta’s Facebook, WhatsApp and Instagram social media platforms pose a threat to users’ mental health[1] and well-being, radicalize[2], polarize[3] users and spread misinformation[4].

Are these technologies – embraced by billions[5] – killing people and eroding democracy? Or is this just another moral panic?

According to Meta’s PR team[6] and a handful of contrarian academics[7] and journalists[8], there is evidence that social media does not cause harm and the overall picture is unclear. They cite apparently conflicting studies, imperfect access to data and the difficulty of establishing causality to support this position.

Some of these researchers have surveyed social media users and found that social media use appears to have at most minor negative consequences[9] on individuals. These results seem inconsistent with years of journalistic reporting[10], Meta’s leaked internal data[11], common sense intuition and people’s lived experience[12].

Teens struggle with self-esteem, and it doesn’t seem far-fetched to suggest that browsing Instagram could make that worse. Similarly, it’s hard to imagine so many people refusing to get vaccinated, becoming hyperpartisan or succumbing to conspiracy theories in the days before social media.

So who is right? As a researcher who studies collective behavior[13], I see no conflict between the research (methodological quibbles aside), leaks and people’s intuition. Social media can have catastrophic effects, even if the average user only experiences minimal consequences.

To see how this works, consider a world in which Instagram has a rich-get-richer and poor-get-poorer effect on the well-being of users. A majority, those already doing well to begin with, find Instagram provides social affirmation and helps them stay connected to friends. A minority, those who are struggling with depression and loneliness, see these posts and wind up feeling worse.

If you average them together in a study, you might not see much of a change over time. This could explain why findings from surveys and panels are able to claim minimal impact on average. More generally, small groups in a larger sample have a hard time changing the average.

Yet if we zoom in on the most at-risk people, many of them may have moved from occasionally sad to mildly depressed or from mildly depressed to dangerously so. This is precisely what Facebook whistleblower Frances Haugen reported in her congressional testimony: Instagram creates a downward spiraling feedback loop[14] among the most vulnerable teens.

The inability of this type of research to capture the smaller but still significant numbers of people at risk – the tail of the distribution[16] – is made worse by the need to measure a range of human experiences in discrete increments. When people rate their well-being from a low point of one to a high point of five, “one” can mean anything from breaking up with a partner who they weren’t that into in the first place to urgently needing crisis intervention to stay alive. These nuances are buried in the context of population averages.

A history of averaging out harm

The tendency to ignore harm on the margins isn’t unique to mental health or even the consequences of social media. Allowing the bulk of experience to obscure the fate of smaller groups is a common mistake, and I’d argue that these are often the people society should be most concerned about.

It can also be a pernicious tactic[17]. Tobacco companies and scientists alike once argued that premature death among some smokers was not a serious concern because most people who have smoked a cigarette do not die of lung cancer[18].

Pharmaceutical companies have defended their aggressive marketing tactics by claiming that the vast majority of people treated with opioids get relief from pain without dying of an overdose[19]. In doing so, they’ve swapped the vulnerable for the average and steered the conversation toward benefits, often measured in a way that obscures the very real damage to a minority – but still substantial – group of people.

[Get our best science, health and technology stories. Sign up for The Conversation’s science newsletter[20].]

The lack of harm to many is not inconsistent with severe harm caused to a few. With most of the world now using some form of social media, I believe it’s important to listen to the voices of concerned parents and struggling teenagers when they point to Instagram as a source of distress. Similarly, it’s important to acknowledge that the COVID-19 pandemic has been prolonged because misinformation on social media has made some people afraid[21] to take a safe and effective vaccine. These lived experiences are important pieces of evidence about the harm caused by social media.

Does Meta have the answer?

Establishing causality from observational data is challenging, so challenging that progress on this front garnered the 2021 Nobel in economics[22]. And social scientists are not well positioned to run randomized controlled trials to definitively establish causality, particularly for social media platform design choices such as altering how content is filtered and displayed.

But Meta is. The company has petabytes of data on human behavior, many social scientists on its payroll and the ability to run randomized control trials in parallel with millions of users[23]. They run such experiments all the time to understand how best to capture users’ attention[24], down to every button’s color, shape and size.

Meta could come forward with irrefutable and transparent evidence that their products are harmless, even to the vulnerable, if it exists. Has the company chosen not to run such experiments or has it run them and decided not to share the results?

Either way, Meta’s decision to instead release and emphasize data about average effects is telling.

Authors: Joseph Bak-Coleman, Postdoctoral Fellow at the Center for an Informed Public, University of Washington