In recent weeks, multiple women have reported demeaning and sexualized workplace behavior by New York Gov. Andrew Cuomo[1]. In response, Cuomo has issued a combination of denials[2], defenses[3] and apologies[4].

Much of the public analysis of his statements has focused on the adequacy of these apologies – whether he took sufficient responsibility or expressed sufficient remorse[5].

Yet in the focus on apologies, an opportunity is missed to learn something about power. Power, after all, is at the heart of sexual harassment.

As Catharine MacKinnon, the architect of modern sexual harassment law, has argued, sexual misconduct at work can be defined as “the unwanted imposition of sexual requirements in the context of a relationship of unequal power[6].”

If responses like Cuomo’s are viewed through a power-informed lens, different patterns emerge. In my own study of over 200 such statements, I found many references to the accused’s own long careers, to their many professional accomplishments, and to their excellent reputations[7]. In short, when challenged, the men in my study (and all but three were men) did what came naturally: They reached for their power. 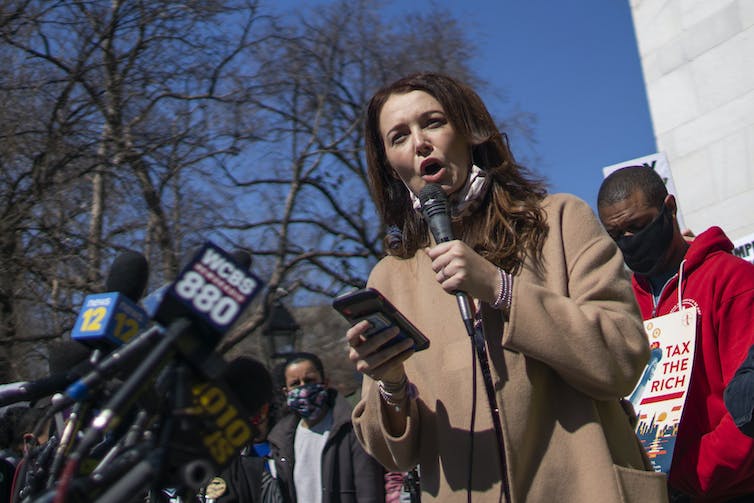 This pattern is connected to another theme that I discovered in the statements I studied: repetition of explanations and defenses centered on the accused person’s own subjective intent and perceptions.

“It’s me being funny. I’m not trying to sexually harass people[9],” for example, or “I come from a very different culture[10],” or “I remember trying to kiss [her] as part of what I thought was a consensual seduction ritual[11].”

However, the accused’s intentions, thoughts or beliefs – so central in the statements I studied – are only peripheral under sexual harassment law.

Under Title VII of the Civil Rights Act of 1964[12], the main federal law that covers workplace discrimination and harassment, an employee may sue her employer when she has experienced severe or pervasive[13] workplace harassment.

Though different courts have interpreted these requirements differently around the edges, sexual harassment cases do not turn on whether the harasser thought his conduct was a joke, or culturally acceptable, or ritualized seduction.

Instead, the law’s subjectivity and “welcomeness” requirements ask a superior – like Cuomo – to evaluate his own conduct from his subordinate’s point of view. Superiors who want to avoid committing harassment to begin with (before anything gets to a judge, jury, or media story) need to step outside their own perspective.

This requires empathy. And the more power that a person wields in the workplace, the more difficult it may be to step outside one’s own position and consider the circumstances from another person’s perspective.

Cuomo responds to the accusations against him.

Here is where Cuomo’s responses are revealing.

Cuomo followed suit in his press conference[17] on March 3, repeating over and over variations on the “I never intended” or “I never knew” or “I didn’t mean it that way” theme.

These statements suggest that, over his long career, Cuomo did not pay attention to the effects of his words and actions on his subordinates, and that the power of his position may have reinforced his heedlessness.

The U.S. Equal Employment Opportunity Commission warns about just this type of scenario in its list of harassment risk factors[18]: “High value employees may perceive themselves as exempt from workplace rules or immune from consequences of their misconduct.” Workplaces with significant power imbalances, too, make the risk factor list.

[Get the best of The Conversation, every weekend. Sign up for our weekly newsletter[19].]

If the movement sparked by #MeToo focuses only on taking down individual bad actors, it will leave intact the workplace structures[20] that enable and protect the powerful – and that produce statements like Cuomo’s. Ending sexual harassment requires a critical rethinking of workplace power, whether it flows from ownership of a company, management of an office, supervision of a shop floor or the office of the governor.