Russian dissident Alexei Navalny, sick with a cough and fever[1], has been moved to the hospital ward of the remote penal colony[2] where he is imprisoned.

Navalny landed in prison after legal troubles that began in 2019, when he was arrested for “leading an unauthorized protest.” In 2020, while on parole for that crime, Navalny was poisoned[3] in an apparent assassination attempt linked to Russian leader Vladimir Putin.

In critical condition, Navalny was flown to Germany for emergency medical treatment. In February 2021, a Russian court said the Germany trip was a parole violation and sentenced Navalny to three years in prison[4].

If persecuting Navalny energizes the opposition against Putin[7], is it a misstep by Russia’s leader?

As an international legal scholar and professor of human rights, I’ve found that sometimes, strong-arm tactics by autocratic leaders[8] do trigger a reaction that ultimately topples their regime. Often, though, repressive tactics like detention, torture and prosecution help autocrats stay in power.

Many historic pro-democracy leaders, including India’s Mahatma Gandhi[9], Myanmar’s Aung San Suu Kyi[10] and the United States’ Martin Luther King Jr.[11], were arrested or imprisoned. In these cases, political repression mobilized[12] – rather than destroyed – their movements.

Political prisoners[13], in particular, can turn into international celebrities that rally people around their cause.

South Africa is an iconic example.

Imprisoned for 27 years[14], Nelson Mandela became the face of an anti-apartheid movement that evolved from its South African resistance roots into the largest international campaign[15] for regime change in history. Anti-apartheid groups around the globe coalesced to harness punitive economic tactics[16], such as boycotts of South African products, and to pressure their governments to apply sanctions.

Eventually, South Africa’s leaders folded to international demands, releasing Mandela in 1990. Mandela was elected president, ushering in the end of[17] the world’s most racially oppressive system. 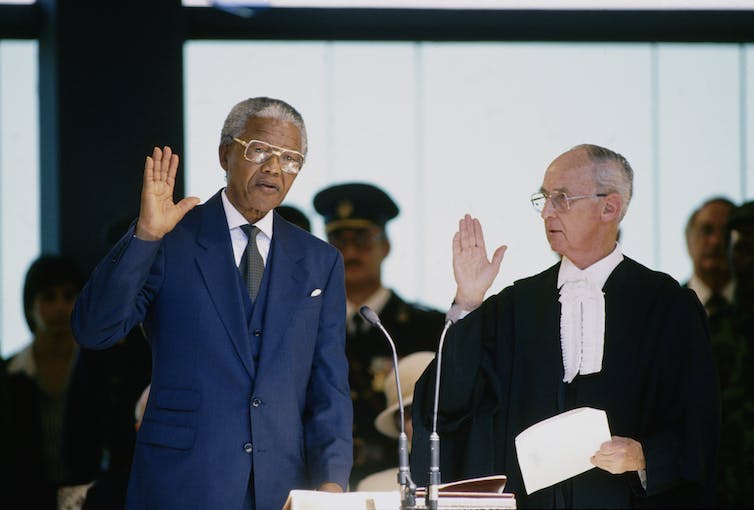 Autocrats in the 21st century aren’t like past dictators. Most now claim legitimacy through rigged elections, which is why votes in authoritarian countries are often accompanied by repression.

But his only remaining opponent in the presidential race, Svetlana Tikhanovskaya, was so popular[23] that neither she nor the Belarusian people bought his win. Widespread protests erupted[24] demanding Lukashenko’s ouster.

Lukashenko – a Putin ally – cracked down again[25], including with brutal police violence. Tikhanovskaya went into exile. 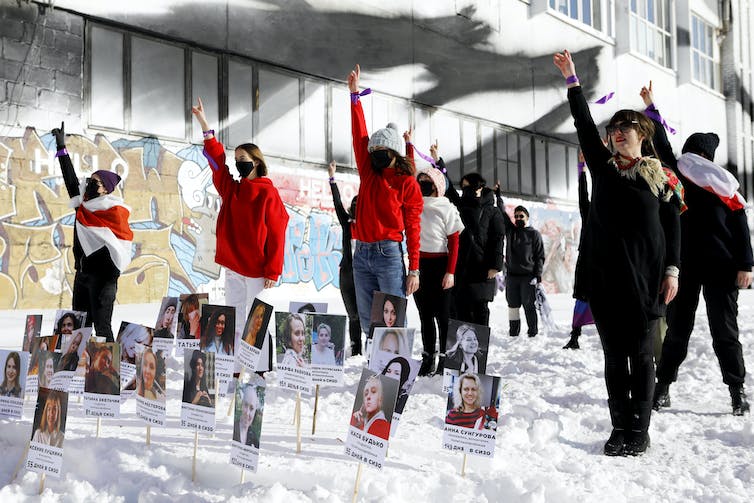 Still, Lukashenko continues in power. In large part, that’s because many of the nation’s elite and key institutions – like security services and courts – remain loyal to him.

The most successful autocrats don’t just use repression to stay in office. They also retain control through a spoils systems and corruption that aids[29] those who protect their power.

Putin is a master of both repression and corrupt bargains – so notorious for both that the United States created new ways to punish such behavior.

A few years after a corruption whistleblower, Sergei Magnitsky, died in a Russian prison in 2009, the U.S. adopted the Magnitsky Act[30], which now authorizes[31] the president to impose sanctions, including barring entry into the U.S., on “any foreign person identified as engaging in human rights abuse or corruption.”

These laws allow countries[33] to punish repressive leaders, as well as any groups or businesses that back their regimes, with asset freezes and travel bans. They have not yet, however, been used against Putin.

In addition to targeted[34] and national sanctions, democratic countries have other ways to reproach states that violate international law. These include severing diplomatic ties and mandating global scrutiny by international bodies like the United Nations.

Such responses have had limited success[35] in forcing autocratic leaders to respect democracy and human rights.

Take Venezuela, for example. There, President Nicolás Maduro has been in power since 2013, and mass protests against his government began in 2015.

In a series of damning reports, the United Nations has characterized the Maduro regime’s killing and imprisonment of protesters as “crimes against humanity[36].” Many countries have imposed increasingly harsh sanctions on Venezuela[37] over many years[38].

But in December, Venezuela held elections that, once again, failed to meet democratic standards[41]. 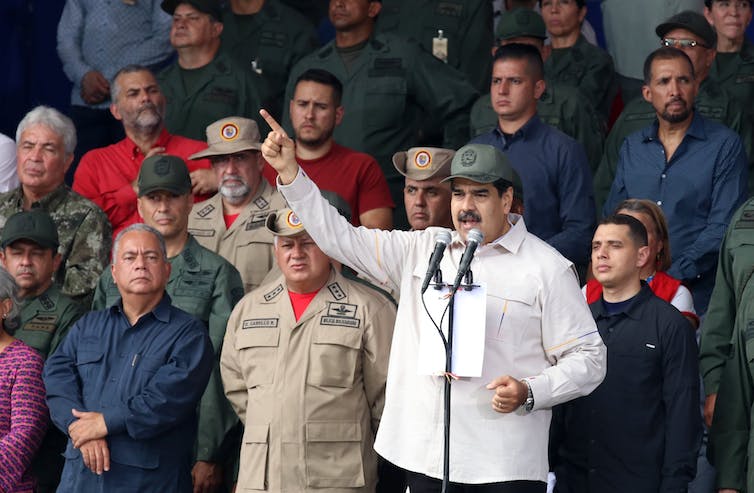 Mass protest campaigns can succeed and have succeeded in ousting dictatorial leaders, as seen recently in Ukraine. There, protests in 2004 and then again in 2014[43] reoriented the country away from Russia and toward democracy.

History shows successful protest movements must involve at least 3.5% of the population[44] – including the urban middle class and industrial workers[45] – engaged in coordinated, nonviolent tactics like general strikes and boycotts. That may not seem like a lot of people, but in a country with the population size of Russia’s, this would require over 5 million people to participate in an organized resistance.

In these circumstances, sanctions and global scrutiny can add real weight to a pro-democracy uprising.

But experts worry that the international community’s tools[46] are inadequate given the challenges authoritarianism presents worldwide. Today 54% of the global population[47] lives in an autocracy like Russia, Belarus or Venezuela – the highest percentage in 20 years.

Perhaps not coincidentally, pro-democracy movements are also on the rise. Fourty-four percent of countries saw mass pro-democracy protests in 2019[48], up from 27% in 2014.

As the battle between autocracy and democracy plays out in Russia, Belarus and beyond, the world’s historic defenders of democracy – especially the U.S. and European Union – face their own democratic struggles[49].

That’s good news for Putin – and more cause for democracy advocates like Navalny to be concerned.