One year ago, Chileans took their anger over inequality and injustice[1] to the streets, insisting that redressing the nation’s deep structural problems would require[2] more than reform. They said Chile would need a new constitution with more rights and better social protections.

On Oct. 25, in a popular referendum, the rest of the country overwhelmingly agreed with their diagnosis[3].

With 79% of the vote, Chileans demanded a new constitution written solely by their fellow Chileans[4].

Our research on democratic governments[5] and women’s political participation[6] explains why Chile’s Oct. 25 vote breaks new ground and could set an example for democracies worldwide.

Countries usually write new constitutions only when wars end[7] or when transitioning to democracy[8]. And constitutional conventions composed solely of citizens are practically unheard of. Chile shows what frustrated people in democracies can achieve when they rise up[9]. 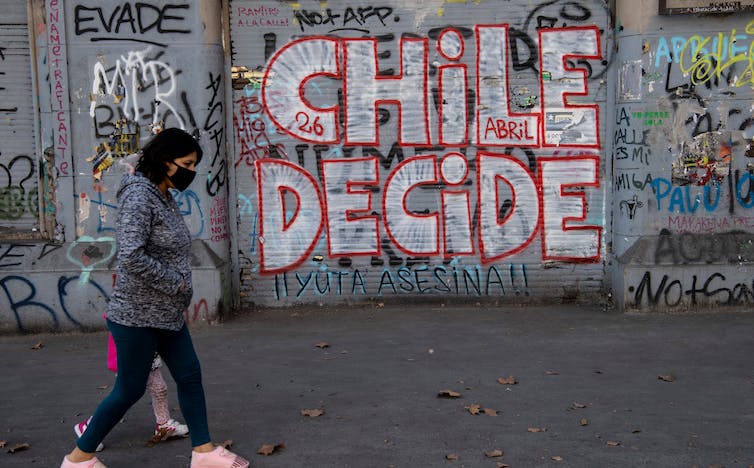 A tale of 2 Chiles

Chile’s current constitution dates back to Augusto Pinochet, the military dictator who governed the South American country from 1973 to 1990.

Pinochet lost power in a 1988 referendum, highlighting the transformative potential of ballot initiatives in Chile.

But even as Chile transitioned to free and fair elections, Pinochet’s legacy persisted[11] in the country’s restrictive, dictatorship-era constitution. It defined an electoral system[12] that limited the power of the left and favored incumbents, reducing turnover in office. The lack of electoral incentives for politicians to listen to voters created an insular and unresponsive political class[13].

For a while, these problems were masked by Chile’s booming economy. The economy grew[14], on average, 7% annually in the 1990s, and continued strong in the new millennium[15].

The economic boom reduced poverty, but the rich got much richer[16]. Thanks to Chile’s free-market economic system – loosely based on the U.S. model but with less regulation – today the wealthiest 10% of Chileans receive nearly 40% of the country’s income[17]. Chile is one of the most unequal countries among developed nations[18], worse than the United States. 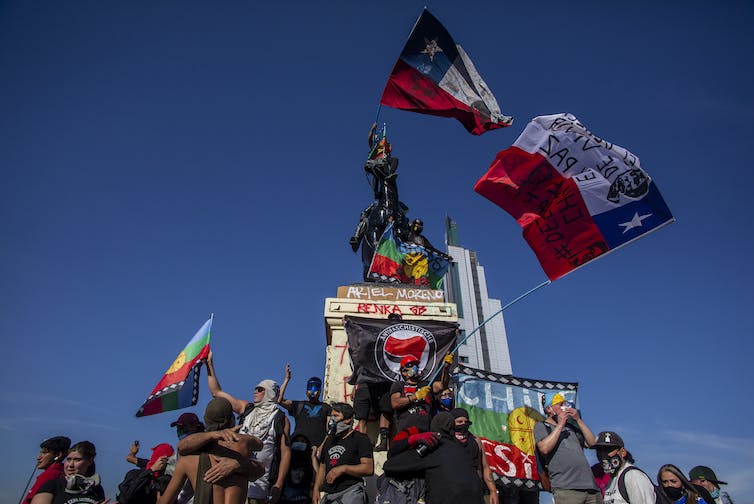 Chile’s protesters won the right to choose their nation’s future, but not without bloodshed. Claudio Abarca Sandoval/NurPhoto via Getty Images[19]

While Chile’s rich and corporations enjoy low taxes, its poor and elderly struggle with nearly no social safety net. While wealthy Chileans visit state-of-the-art private medical clinics staffed with U.S.-trained doctors, the poor rely on public hospitals where they must often buy their own syringes, bandages and drugs[20].

Chileans have long acknowledged[21] this inequality, but the presidents who followed Pinochet – whether on the left or right – did little to alter this model.

Meanwhile, Latin American governments from Mexico to Brazil invested in the comprehensive redistribution of wealth[22] and passed laws implementing gender quotas for legislative candidates[23]. Many amended their constitutions to clearly state that historically excluded groups like women and indigenous peoples enjoyed equal rights. Bolivia even wrote a new constitution[24] in 2008 recognizing itself as a multi-ethnic country and protecting Indigenous language, culture and lands.

Chile tried to address simmering unhappiness in 2017, expanding the number of seats in its congress, changing electoral rules to make races more competitive and introducing quotas for women candidates. But it was too little, too late.

Chileans first took to the streets of the capital, Santiago, over an increase in public transit fares, on Oct. 14, 2019. Things turned serious – and violent – overnight on Oct. 18[25], as ever more people joined the demonstrations in what became known as “el estallido” – the explosion.

Chileans hope a new constitution with more rights and stronger mandates for such reforms will quell the protests, which paused only during the height of Chile’s pandemic lockdown in spring and early summer[31].

The fury on the streets continued even after Chile’s congress agreed to hold a referendum[32] on writing a new constitution, and to let voters decide who would draft it. The referendum, originally scheduled for April 26, was postponed until October because of the coronavirus pandemic.

With everyday Chileans writing the country’s new constitution, the decision-making power of the political class will be reduced.

Women will also have a greater voice in Chile’s future. Just two women[33] were among the 12 authors of its Pinochet-era constitution. But feminist leaders and women in congress insisted “never again without women[34],” demanding that the citizens elected to the constitutional convention be half women.

[Deep knowledge, daily. Sign up for The Conversation’s newsletter[35].]

When the men in congress balked[36], the women stood outside the chamber chanting, “we are half, we want half.”

In December 2019 congress conceded. By law, half of the citizens elected to write Chile’s new constitution must be women. This establishes a groundbreaking global standard for women’s political inclusion. 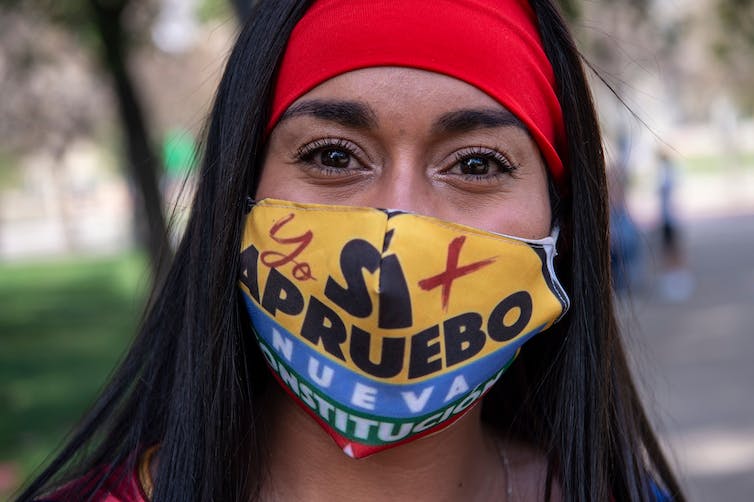 A supporter of rewriting the constitution. Martin Bernetti/AFP via Getty Images[37]

The constitutional convention will also reserve seats[38] for Indigenous peoples like the Mapuche, a marginalized group whose ancestral lands have been stolen[39] by the government.

At a time when people worldwide are rising up to demand more equitable and responsive government, from Black Lives Matter in the U.S. to the pro-democracy movement in Hong Kong[40], Chile shows that sustained protests can bring sweeping change. Chileans, young and old, took exceptional risks to improve their country.

A vote to choose the citizen members of Chile’s constitutional convention comes next. At peaceful celebrations across Santiago on Oct. 25, demonstrators chanted, “May 22, May 22[41]” – the date of that election.

Chile’s pro-democracy movement has not all been peaceful or bloodless.

Iconic parts of downtown Santiago were destroyed last year, two-thirds of the city’s metro stations[42] were damaged and 11 were set ablaze and ruined. Police fired on protesters with rubber bullets, and many of those arrested reported extreme brutality[43], including sexual assault and even torture. Hundreds were wounded and 36 were killed[44] between October 2019 and February 2020.

It’s too soon to know whether the protests will subside with the referendum results. But Chile is moving forward with its mandate of change.