Anti-immigrant sentiments have fueled recent national and state-level health policy efforts. In 2019, Donald Trump signed a presidential proclamation[1] that would deny visas to immigrants who could not provide proof of insurance. He argued that they would financially burden the health care system. More recently, Missouri’s August election ballot proposed Medicaid expansion, and opponents warned[2] that it would overwhelm Missouri hospitals with undocumented immigrants, even though they are ineligible for Medicaid benefits.

We study immigrant health[3] and population health[4]. Our work suggests that viewing immigrants as a drain on the U.S. health care system is largely unfounded. For decades, research has shown that immigrants tend to be healthier than U.S.-born whites. Immigrants outlive U.S.-born whites, and, among Hispanics, both immigrants and the U.S.-born have longer life expectancies than whites.

To us, the juxtaposition of expected trends in life expectancy between Hispanic immigrants and U.S.-born Hispanics suggests that immigrants are not a drain on the U.S. health care system. Instead, the U.S. is a country with many issues that undermine the health of Hispanics and society more generally. 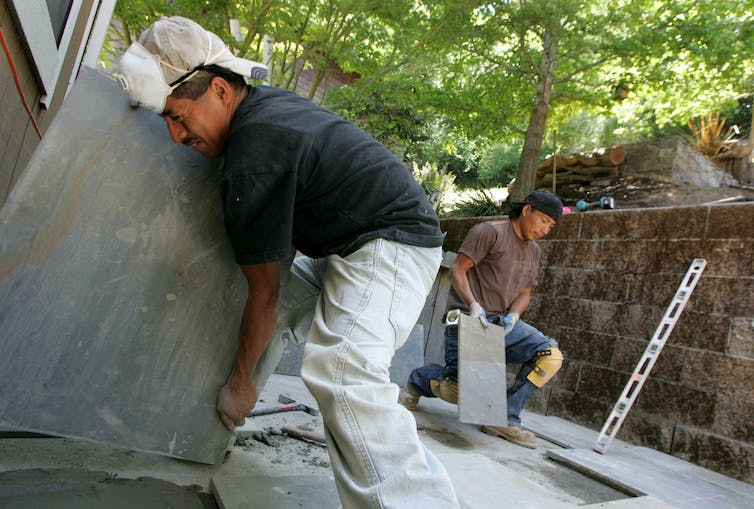 What is behind it? One primary driver is Hispanics’ historically low smoking rates[9]. Smoking has long been the leading cause of preventable U.S. deaths. Whites smoke more than Hispanics[10], and when Hispanics do smoke, they smoke less frequently and persistently than whites.

Immigrants’ life circumstances also contribute to their longevity. Moving to a new country requires the physical ability to work[11]. This is especially important for Hispanic immigrants, as they tend to have jobs that require taxing physical labor. 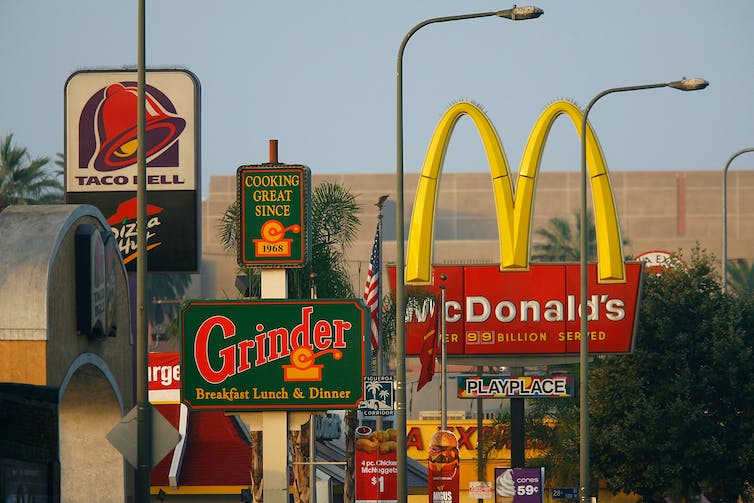 Could obesity and smoking change this?

In recent decades, obesity has emerged as a serious health problem. It now joins smoking as one of the two leading causes of preventable U.S. deaths[13]. Among the U.S. population as a whole, the increasing prevalence of obesity has not led to an expected life expectancy decline because it has been offset by substantial declines in smoking[14].

Researchers have been concerned that smoking and obesity trends may not offset each other among Hispanics [15]– especially those who are U.S.-born. This possibility has fueled speculation that Hispanics’ paradoxical life expectancy advantage might erode as new generations age.

What do these trends mean for the future of the epidemiological paradox? Our study results suggest that Hispanic immigrants will likely retain their life expectancy advantage over whites. In contrast, U.S.-born Hispanics will likely lose their life expectancy advantage, because their declines in smoking do not offset their increasing obesity prevalence.

In addition, obesity has a stronger influence[17] on U.S.-born Hispanics’ risk of death relative to whites. This could possibly be because Hispanics are less likely than whites to manage diabetes and other obesity-related health problems. Hispanics also use health care services less frequently than whites, despite stereotypes to the contrary.

Putting it all together

Should we be alarmed about the erosion of the epidemiological paradox? After all, Hispanic immigrants are expected to retain their life expectancy advantage, and U.S.-born Hispanics face declines in life expectancy, but not to the point of living shorter lives than whites.

As researchers, our answer to this question is a resounding “yes.” Federal agendas for building a healthier nation call for eliminating racial and ethnic disparities in health[18]. Plans to achieve this goal aim to improve health among groups with worse outcomes.

Therefore, the converging life expectancies of U.S.-born Hispanics and whites that result from declines among Hispanics are not an outcome to celebrate.

Hispanic immigrants’ persistent life expectancy advantage should also be a wake-up call for all Americans. Life expectancy is a leading indicator of a nation’s health. Immigrants may be stereotyped as drains on the health care system, but the reality is that their health behaviors and longevity set a standard which we believe U.S.-born Americans should strive to attain.

[Deep knowledge, daily. Sign up for The Conversation’s newsletter[19].]

Signs point in the opposite direction. Average U.S. life expectancy has actually declined, a phenomenon due in large part to deaths from drugs, excessive alcohol use and suicide[20]. This decline occurred even before the COVID-19 pandemic, which is hitting the U.S. especially hard and much worse than other high income nations[21].

To us, projected declines in life expectancy among U.S.-born Hispanics due to obesity; increasing U.S. deaths from drugs, alcohol and suicide; and the toll of the COVID-19 pandemic suggest that immigrants are not threatening the U.S. health care system. Instead, the U.S. faces a wide array of population health problems that jeopardize how long Americans will live.