It is a growing problem on campuses across America. Students entering college are reporting levels of anxiety, depression and social isolation higher than previous generations[1]. The phrase “mental health crisis[2]” has become commonplace within higher education circles[3].

Today’s undergraduates belong to the group known as Generation Z, iGen or post-millenials, defined roughly as those born between 1997 and 2012[4]. They comprise the most ethnically diverse[5] and globally connected generation of U.S. students. They have been widely categorized as open-minded[6], hard-working[7] and eager to solve world problems[8].

So why do so many of these students report feeling stressed and socially disconnected on campuses – and what can be done to help? Surprisingly, my research[9] shows that a sense of safety or comfort may not be enough.

A sense of belonging

Like a number of other researchers, I have been working to understand what factors contribute to college students’ sense of belonging. Sense of belonging is difficult to measure: It is not captured with demographic statistics or attrition rates. Rather, it has to do with students’ feelings of importance, connectedness, respect and shared sense of purpose within the campus community[10]. These feelings track closely[11] with students’ reports of personal growth, as well as their academic performance.

Decades of research shows that one of the key ingredients for a sense of belonging is frequent interaction with diverse groups of peers[12]. Such interactions not only allow students to learn from one another – they also improve student perceptions of the campus climate as a whole.

However, when my research assistants and I surveyed dozens of students about their experiences engaging with peers whose backgrounds and perspectives differ from their own[13], we found that such experiences were less common and positive than we had expected.

Many students described our campus – a small liberal arts college in rural Vermont as socially segregated – a trend documented at other institutions[14]. Students described a variety of social divisions – not just along the lines of race and class, but also for example, between athletes and non-athletes. Students in our study said they want to push past these boundaries, but many are unsure how to do so in ways that are meaningful and productive.

“If students were able to step outside of their box more and interact with people they wouldn’t naturally interact with, that could help,” suggested one student – a comment echoed by many others. “Students have to take risks,” said another, “in terms of expanding what you’re comfortable doing in regard to what you’re in interested in.”

Yet when asked in a separate study what inclusivity means to them[15], many of my students invoked images of harmony, peacefulness and acceptance. There seemed to be little room for tension or conflict in their views.

This creates a paradox, since engaging with diversity – that key ingredient for sense of belonging – may involve discomfort and even tension at times. If students gauge the success of those interactions in terms of short-term comfort, rather than long-term growth, they may end up feeling further alienated from one another. 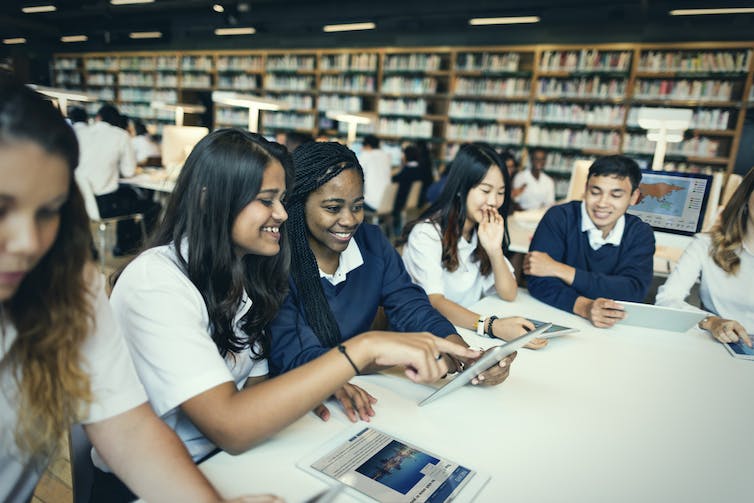 Bringing different groups of students together can improve an individual’s sense of belonging on a college campus. www.shutterstock.com[16]

Indeed, at many institutions, and elite ones in particular, there is a culture of “Duck Syndrome”[17] in which students appear to each other to be “gliding effortlessly,” but are in fact “paddling furiously” beneath the surface. Students often avoid discomfort, therefore, with a “fake it ‘til you make it”[18] approach to social interactions.

This performed perfectionism can cause students to feel as if they are alone in their struggles. Conversely, sharing honest accounts of “belonging uncertainty[19]” – even if such accounts make students feel vulnerable or uncomfortable – can help to decrease feelings of isolation.

The good news is that many institutions are experimenting with ways to promote a culture of belonging. Stanford University, said to be the epicenter of “Duck Syndrome,”[20] has implemented the Resilience Project[21], which aims to “instill a sense of belonging and bravery,” through storytelling about failure and struggle. The Failing Well[22] project at Smith College has a similar goal, and even works with students to create a “failure resume” describing setbacks they have faced.

These sorts of initiatives are part of a national trend[23] toward programming that helps students to forge social connections through sharing experiences of discomfort, rather than allowing students to avoid discomfort through social segregation. A key feature of these programs is that they are accessible (or even required) for all students, regardless of their social identity. Middlebury is also taking part: Our orientation for first-year students includes an event called Midd Uncensored[24], during which students share their hopes and fears about college adjustment. First-years also participate in a program called JusTalks[25], which aims to “foster dialogue and communication that confronts privilege and engages with difference.”

One takeaway from my research is that those of us working in higher education need to help students redefine belonging as something more than comfort. We need to have honest conversations with students about the role of disagreement and tension in building relationships across social groups.

It is not enough, however, simply to tell students to “toughen up,” which is the message many receive from institutional statements[26] on free speech and intellectual freedom. Colleges and universities also need to prepare students and ourselves to engage productively with the discomfort they will inevitably encounter as they interact with diverse peers and perspectives.

This sort of preparation is taking place on a number of campuses in the U.S. and abroad that have courses or programming focused on deep listening, including the University of Minnesota at Duluth[27] and the University of Edinburgh[28]. Middlebury is in its second year of a grant-funded Engaged Listening Project[29], which provides resources and opportunities for connecting across difference. 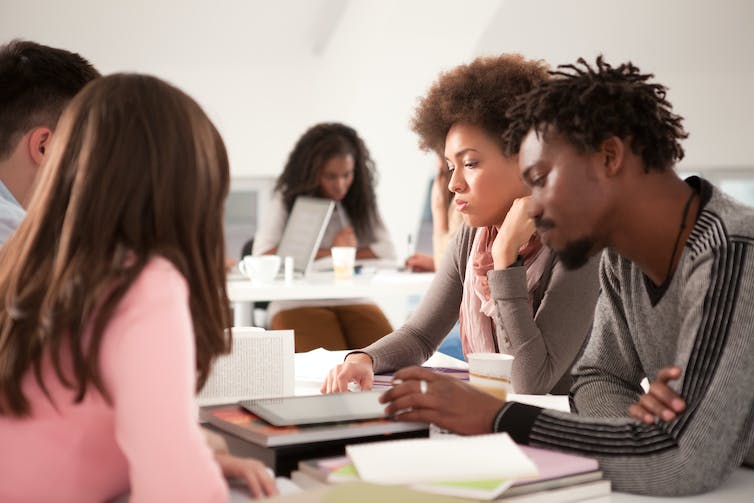 Decades of research shows that one of the key ingredients for a sense of belonging is frequent interaction with diverse groups of peers. www.shutterstock[30]

Faculty can also do more to build community in the classroom – not just in week one, but throughout the semester. This can happen, for example, through increased use of pair or small group work in class, as well as through projects and assignments that invite students to put course learning into dialogue with their lived experiences. Staff working in student life may want to consider offering more programming designed to stretch students socially, such as events where connecting across difference is the central goal, rather than a possible byproduct.

And students may be the best positioned to tell us what can help: Some of those we interviewed, for example, suggested that the campus dining halls are underutilized as a space for deepening and broadening relationships. Sharing a meal, they reminded us, helps to create the atmosphere for good conversation.

Sense of belonging isn’t simply about creating warm, fuzzy feelings. It is about taking seriously the potential for transformative learning within a diverse community. I can’t think of a more worthy goal for higher education.

[ You’re smart and curious about the world. So are The Conversation’s authors and editors. You can read us daily by subscribing to our newsletter[31]. ]