The Gates Foundation is poised to disrupt American higher education with a new Postsecondary Value Commission[1]. As its name suggests, the commission aims to define the value of a college degree.

Among other things, the commission plans to “aid policymakers in gauging what the public gets for its investment in higher education.” If Congress listens to the commission, it could become harder for students majoring in the liberal arts or humanities to secure a federal loan or grant.

As a political scientist who researches education policy[2], I anticipate that the country will move to a two-tiered system. It will be one in which the affluent will be able to acquire a liberal arts education at elite private institutions, while students who depend on federal financial aid will be steered toward career-focused majors at public universities.

In effect, the country will have one higher education system for the rich and another one for everyone else.

The goals of the commission

The Gates Foundation has convened this commission to address a real problem: student debt. Total student loan debt in 2019 is US$1.56 trillion[3]. There are 44.7 million[4] U.S. borrowers with student loan debt.

The commission will address a question that is on the minds of many families, policymakers and taxpayers. And that is: Is college worth it?

The commission will propose a definition of college value to guide policy conversations. In a conference call with reporters, Mildred Garcia, the commission co-chair, shared that she had just spent a day on Capitol Hill talking with legislators. She stated that “we are definitely hoping” that the commission’s work will “affect” the reauthorization of the Higher Education Act that controls – among other things – how federal student aid is disbursed.

Just as the Gates Foundation pulled off a revolution in K-12 education with its support for the Common Core[5], the foundation is serious about using policy advocacy and lobbying to enact “institutional transformation[6]” of higher education.

For instance, commission member Anthony Carnevale, director of the Georgetown University Center on Education and the Workforce, recently noted how a recent move by President Donald Trump to focus more on outcomes of specific programs at colleges and universities is “one more step toward a widely supported movement to reorder higher education as we have known it.” 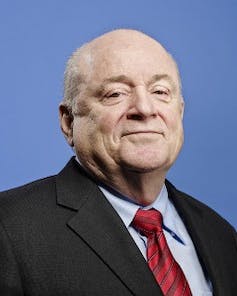 “In a shift toward program-level outcomes, every college will be unbundled down to the program level – its identity, traditions and structure will become less important,” Carnevale wrote in an opinion piece titled “The Revolution is Upon Us[8].”

“Instead,” Carnevale wrote, “the outcomes of students in each particular major or field will be elevated in importance.”

Carnevale seemed to be aware of the potential threat this poses to the liberal arts. He wrote that society will have to “think of new models for assuring core liberal arts curricula that are essential to the well-rounded learning that students need.”

While the Gates commission aims to educate students and families about which colleges and majors are a worthwhile investment, this approach alone may not have much impact.

Presently, the U.S. Department of Education’s College Scorecard[9] collects and publicizes information about the debts and earnings of graduates from different colleges.

However, research has shown[10] that most students do not respond to earnings data provided by the College Scorecard. It’s true that colleges with graduates who have higher median earnings[11] have seen a slight rise in the SAT scores of students who enroll. The College Scorecard has also had some effect on where students from affluent public or private schools attend, but otherwise the College Scorecard does not[12] influence who goes to college or where.

So how can this commission transform American higher education where earlier reforms have not worked? By encouraging Congress to make federal loans and grants available to students in some majors, such as engineering or business, where graduates tend to earn a high salary[13] upon graduation. Conversely, Congress might be moved to make loans and grants unavailable for students in other majors, such as theology or humanities, where graduates do not earn as much[14].

Congress has already entertained this idea with the PROSPER Act. This higher education bill would have ended access to federal student loans[15] for students enrolled in programs with low loan repayment rates.

Democratic senators such as Elizabeth Warren[16] of Massachusetts have co-sponsored the College Transparency Act[17]. The act permits the federal government to collect earnings data on graduates from specific college programs and majors.

Where will this higher education accountability movement lead?

According to Carnevale, it will lead to a “streamlining” of public university systems. Students at the flagship public university will still be able to major in English. But higher education must become accountable to stakeholders who don’t want to subsidize “mediocre programs”[20] on every branch campus.

Democracy and the liberal arts

Would it be a tragedy if society did not subsidize young people to major, if they so wish, in the liberal arts or humanities? Yes.

By focusing on the economic returns of higher education, the commission may lead policymakers to put less weight on the other reasons that students go to college, including to read humanity’s greatest books, grapple with big questions about justice, study in other countries, work at internships and think about what to do with the rest of one’s life.

Editor’s note: The Conversation has received funding from the Gates Foundation.