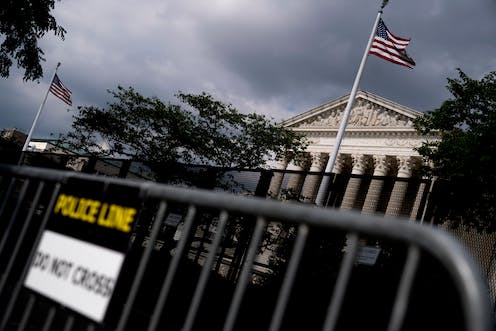 Since the Supreme Court overturned Roe v. Wade and Planned Parenthood v. Casey, state laws, rather than federal law, will now determine whether someone can legally get an abortion. It also means that state Supreme Courts will become much more important in deciding the validity of state laws on abortion.

The U.S. Supreme Court ruled in Dobbs v. Jackson Women’s Health Organization on June 24 that there is no constitutional right to abortion.

“The Constitution does not confer a right to abortion; Roe and Casey are overruled; and the authority to regulate abortion is returned to the people and their elected representatives,” Justice Samuel Alito wrote in the majority[1] opinion.

Without the federal constraint of the Roe v. Wade precedent[2], state legislatures will be free to craft their own abortion regulations, subject only to each state constitution.

As a scholar of constitutional law[3], I believe that the overruling of Roe v. Wade is a chance to better understand the important role state supreme courts play in determining individual rights, including abortion rights.

Now that the court has overturned Roe v. Wade, there’s likely to be a flood of litigation in the state courts, as people try to invalidate state laws on abortion.

An anti-abortion demonstrator prays in front of the U.S. Supreme Court building on June 21, 2022. Stefani Reynolds/AFP via Getty Images[4]

The power of state supreme courts

The laser focus on state legislation, however, neglects how abortion rights will now be decided at the state level – not in statehouses, but in state courts. This is because state courts have the power to declare state laws unconstitutional if they are inconsistent with state constitutions.

“Abortion presents a profound moral question. The Constitution does not prohibit the citizens of each State from regulating or prohibiting abortion. Roe and Casey arrogated that authority. The Court overrules those decisions and returns that authority to the people and their elected representatives,” Alito wrote in the June 24 opinion.

State supreme court judges are selected in different ways[7], depending on the state. While judges are directly elected by voters in Georgia, Nevada and Oregon, for example, governors appoint state supreme court judges in states that include Maine and Massachusetts. These judges can serve anywhere[8] from six years to no fixed term, aside from expected retirement at the age of 70.

My own research indicates[9] that elected state judges tend to find state laws unconstitutional more often than appointed state judges do. Nevertheless, in the context of abortion, elected court judges have to answer[10] to their constituencies. In conservative states, that means they may be more hesitant to invalidate restrictive abortion laws under their state constitutions.

The Florida Supreme Court building in Tallahassee is pictured in 2018. Mark Wallheiser/Getty Images[11]

State constitutions vary considerably in how they protect people’s individual rights[12], like freedom of speech or the right to privacy. One element of privacy rights is the right to get an abortion – as the Supreme Court inferred when it upheld abortion in 1973 and linked the two issues.

Many state courts can look to state constitutions that more explicitly reference privacy or that include other provisions that protect rights in ways not paralleled in the U.S. Constitution[13].

At present, only 10 state supreme courts[14], including those in Massachusetts, Kansas and California, have determined that their constitutions protect the right to get an abortion. But it is likely that this issue will be presented to more state supreme courts following the demise of Roe.

Some state supreme court decisions protecting a right to abortion have generated backlash. In 2019, for example, the Kansas Supreme Court ruled[15] that a person’s decision to end a pregnancy is legally protected under the state constitution.

Anti-abortion groups are now trying to undo this precedent and amend the constitution to allow for new laws that would restrict abortion. Kansas residents will vote on this issue in August 2022[16].

With the demise of Roe, there will be more pressure to introduce new state constitutional amendments that would invalidate state court decisions on abortion.

Police detain a pro-choice demonstrator after they handcuffed themself to the security fencing outside of the Supreme Court on June 21, 2022. Stefani Reynolds/AFP via Getty Images[18]

There will also be more pressure on state supreme courts.

Florida’s state supreme court[22] is also considering whether it should uphold the state’s recently enacted ban on abortion after 14 weeks of pregnancy.

State-level litigation, as well as legislation, will shape reproductive rights now that Roe is eliminated.