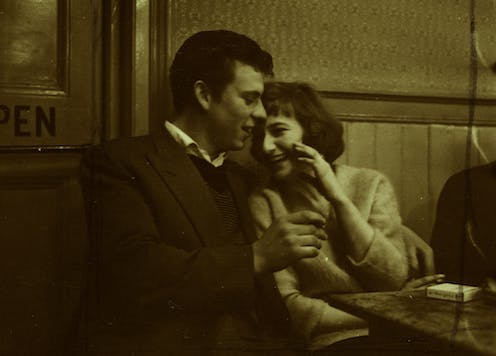 Heterosexual dating conventions have long held that men make the first move: first to flirt, first to ask out on a date, first to propose.

What if the roles were reversed?

That’s what one dating app, Bumble, has tried to do.

Bumble brands itself as a feminist dating app[1] that’s designed to empower women. According to Bumble’s website[2], the app was developed to “challenge the antiquated rules of dating” by requiring those who identify as women to initiate communication with men they match with.

With over 100 million users as of 2020, Bumble is one of the most popular dating apps[3] on the market, and in interviews I conducted with over 100 people about online dating[4] in my “Connecting Digitally” study[5], more than half reported using Bumble.

But my research shows that Bumble, despite purporting to empower women, leaves many female users feeling frustrated and vulnerable. This disconnect can be linked in part to the ways in which many men engage with online dating apps.

When a match is meaningless

Bumble’s attempts at “levelling the playing field and changing the dynamics of dating[6]” and empowering users to “connect with confidence[7]” makes sense in theory, but not in practice.

Women in my study reported[8] a number of counterproductive user practices based on their own swiping experiences and conversations with male Bumble users.

A 39-year-old female participant in my study described the frustration of making the first move and not getting any response: “So then all of a sudden you’re a match, but they would never say anything or respond to you … you wouldn’t hear from them. What’s the point? Why even bother?”

Rather than evaluating profiles carefully and swiping “yes” on women they’re serious about, men are often likely to swipe right based only on the profile photo[9].

In addition, many men approach online dating as a numbers game and practice what some call “power swiping[10]” or “shotgun swiping[11]” by saying “yes” to everyone and seeing who shows interest and matches with them. Many of them will only read a women’s profile information after matching.

Lastly, because some men are just swiping for the ego boost[12] of “likes,” they’ll simply delete the match rather than respond to a women’s invitation to chat.

Women in my study often pointed out that a match was far from a guarantee of mutual interest. Unfortunately, due to “the gamification of dating[13]” – the way the apps are designed to be engaging and addictive – mindless swiping is a common phenomena across all dating apps, not just Bumble.

For decades, language scholars have been researching how people connect – or fail to connect – in conversation[14].

We say that the person speaking “holds the floor,” and they can wield power through choosing the topic, talking for longer periods of time and steering the conversation in certain directions.

However, not all power is maintained through holding the floor. Not taking up a speaker’s topic in conversation, either by changing the topic or ignoring the question altogether, is another way to exercise power.

In other words, in any conversation, it takes two to tango. As the authors of a study on email communication and response times put it[15], “failure to respond or to take the floor creates a breakdown.” On dating apps, not responding to an opening message is akin to ignoring someone who’s asking you a question in a face-to-face conversation.

Bumble, which has made empowering women a key facet of its brand, pays tribute to former Supreme Court Justice Ruth Bader Ginsburg in an advertisement. Wikimedia Commons, CC BY-SA[16][17]

On Bumble, women may be given the control to take the floor first and direct the initial topic of conversation through, as Bumble terms it, “first move privileges[18].” However, when men fail to respond or unmatch after receiving that opening message, the women in my study reported feeling dismissed, rejected and, ultimately, disempowered.

In 2020, Bloomberg published an article[19] exploring Bumble’s marketing tactics and brand messaging. Though the company maintains that requiring women to message first “reduces harassment” and “creates a kinder exchange between two people,” the author of the article noted that Bumble was never able to provide tangible proof of “how Bumble was keeping women safer or leading to more equitable relationships.”

On a positive note, Bumble has become a catalyst for conversation about gender, power and communication in online dating. And while many may not be ready for women to make the first move[20], most of the male and female Bumble users in my study noted that they chose the app[21] precisely because of its philosophy of empowering women. To me, this speaks to the fact that people are ready to embrace Bumble’s goals of “shaking up outdated gender norms[22].”

That hasn’t stopped some men and women from decrying Bumble’s unique design as sexist. In fact, a class action lawsuit filed in 2018 accused Bumble of discriminating[23] against heterosexual male app users because the app only allows women to send messages first. Bumble denied wrongdoing, but agreed to settle in 2021 to avoid further costly litigation.

A 37-year-old female participant in my study thought the app’s emphasis on gender was artificial and constrictive: “I don’t like it when people limit things by sex or gender. That doesn’t feel empowering to me. It just feels like they’re trying to [enact] reverse sexism.”

By creating a situation where the right to speak and direct conversation is only given to members identifying with one gender, the work of coming up with unique and engaging opening messages falls on that group.

Men have traditionally done more of this work. Many of them don’t exactly cherish initiating conversations with countless strangers, a process that’s rife with anxiety and rejection[24].

For heterosexual matches on Bumble, women are now required to do the part. Yet to place the work of initiating conversation solely on one group seems to encourage passivity in the other party, which seems to only hamper healthy communication.

[More than 140,000 readers get one of The Conversation’s informative newsletters. Join the list today[25].]