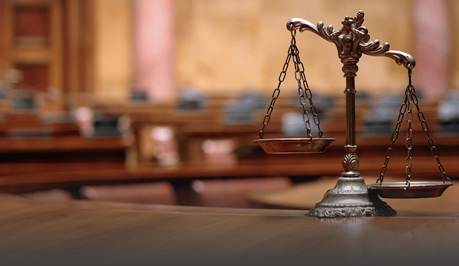 What Is The Punishment If A Child Commits Theft In Dallas TX?


A criminal lawyer in Dallas TX can help you build a solid defense against theft charges. Seek their help and protect your child from severe punishments.

Parents spend most of their lives doing what they can for their children so they can grow up as good people. However, no matter how well-brought up children are, there may be instances when they use poor judgment and end up making mistakes.

For some people, committing errors is not always a big deal. Some parents may even see it as a way for children to learn valuable lessons. But what happens when a child’s actions result in breaking the law, such as when a child commits theft? It can result in serious consequences that can forever affect the kid’s life. Avoid such situations and protect your child’s future with a criminal lawyer from Dallas TX.

In Texas, when children who are at least 10 years old but not older than 17 years old commit crimes, their cases are generally heard in a juvenile court. And it is separate from the court where adults go to trial.

An adult court is different from a juvenile court in several ways. One example is, in a juvenile court, a judge does not sentence a child guilty of committing a crime. Instead, they see a child’s violation as delinquent conduct.

Delinquent conduct is defined as a violation of the law, aside from a traffic offense, that can lead to fines or a prison sentence if an adult commits it. When a minor exhibits the same behavior, a judge in juvenile court decides how the case progresses.

Depending on the situation, a child can receive severe punishments. From counseling to detention, a judge can impose various penalties. Protect your child’s rights and avoid serious penalties with a criminal lawyer.

Penalties For Theft In Texas

Theft refers to the act of taking the personal property of another person without their consent. It is a broad term that encompasses several actions such as stealing from another person, shoplifting, or even receiving stolen property. Texas law identifies the type of violation and how severe the punishment is by considering the type and value of the property.

Theft is a class C misdemeanor if the value of the stolen property or service is less than $100. This type of theft is punishable by a maximum fine of $500 but no jail time.

When a person commits theft of property or service with a value of more than $100 but less than $750, the law identifies it as a Class B Misdemeanor. In addition, stealing another person’s driver’s license or identification card falls under this offense. A judge can impose a fine of at most $2,000 or a prison sentence of not more than 180 days or both.

The law determines theft as a Class A Misdemeanor if the value of the property stolen is at least $750 but not more than $2,000. This type of offense is punishable by a fine of not more than $4,000 or a maximum of one-year imprisonment or both.

It is essential to make a distinction between a misdemeanor or petty theft and a felony or grand theft in a juvenile court. In many cases, theft falls under a misdemeanor because of its normally non-violent nature. However, in certain circumstances, theft can turn into a felony.

When this happens, there is a risk of the case being transferred from a juvenile court to an adult court. As a result, the offender may receive more severe punishment. For example, a person charged with a misdemeanor may not end up in court. On the other hand, felony charges can put a person behind bars, in addition to paying a fine.

Penalties For Juvenile Theft In Texas

When a minor is charged with theft, the judge generally decides based on several factors. It includes the nature of the crime, the child’s age, and whether it is their first offense. And depending on the circumstances, the court can impose several penalties including:

Release to parents - The court can decide to release the child to the parents with a warning for small violations like first-offense shoplifting.

Probation - A minor may have to go through probation for months or years, depending on the severity of the situation. In addition, the court can require them to meet regularly with a probation officer.

Counseling - Depending on the child’s psychological condition, the court can require them to go through counseling.

Restitution - The minor offender can be required to pay back the value of the stolen goods.

Detention - The juvenile court can require a minor to be put in detention. It usually happens when the violation is serious or the child is a repeat offender.

Dealing with a juvenile charge is not easy. And a single misstep can complicate matters that lead to serious consequences. Prevent this from happening by seeking help from a criminal lawyer in Dallas TX.

Seek Help From A Criminal Lawyer In Dallas TX

Dealing with a criminal charge is no laughing matter, especially when it involves a minor. Things can get complicated and a single mistake can lead to severe consequences. In such situations, it is crucial to know how to handle it.

Having an experienced criminal lawyer can assist you in protecting your child’s rights and interests. They have the knowledge and experience to build a solid defense for your case. In addition, Dallas attorneys for theft charges know how to fight for your child’s case to ensure that they do not have to give up a huge part of their childhood over a mistake or misunderstanding. Protect your child’s rights and future with a skilled criminal lawyer in Dallas TX.