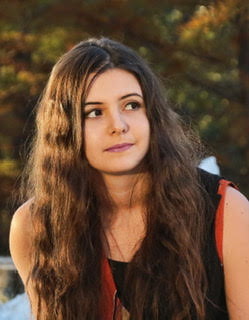 
LA’s pilot season where thousands of want-to-be stars arrive on the door steps of casting agencies, talent agencies, along with photographers, auditions, and actors seeking any and all kinds of roles for the pickings in hopes of making it big.  But certainly not this year. It’s been months since movie production has been rolling but that doesn’t necessarily mean that Covid-19 has stopped me.


Since April, when lockdown had become mandatory, little has been going on in tinsel town.  It’s like a ghost of its former self where people were bustling to fit in where ever they could.  I myself was on my way to LA in February.  I was all packed and ready to go.  I had a U-Haul all ready, an apartment ready and the means to live on for a while. I mean I was so pumped to finally get my career on the move.  Moving from Texas to LA was a huge step for me.

Then Covid-19 hit and plans changed like a train wreck.  I was going out there for what everyone was going there for…to have a chance.  I had visited LA in September of 2018 talking with many different agencies to represent me.  Several of the agencies wanted me.    The one caveat was, they wanted me out in LA so they could represent me. They all took an interest in what I had to offer and I planned to return.  So, I decided to make the big jump. I thought that Covid-19 would soon pass and everything would go back to normal or at least somewhat normal.  The plan was to leave in May.  Then June came along, July past and August was a blur.  Well my plans didn’t happenand I had to make other plans besides going to LA.


At first, nothing was going on as no one knew much about Covid-19 and the repercussions.  All we knew was people were dying because of it which caused many of the states to shutdown including Texas.  Hardest states hit were New York and LA.  The very places I wanted to go to.  I guess that meant my plans would be on hold.  I’ve had been working on my career for over a decade and wasn’t going to let this put a dent in my plans.


So instead of waiting around for everything to return back to a semi normal state, I went and did my own thing.  This meant greater opportunities for me which I didn’t realize before.  The rules of the games had all changed and in my favor.

No longer did you have to move to LA to get an audition.  Auditions were being held over the internet right in my own home.  I liked this.  And it was safe.  So I started making demo reels, new pictures, videos, and working on my next step to moving forward.


I am a workaholic.  I love work.  It’s been in me forever.  I just love work.  People have told me it is not work to me but a passion.  I believe it is.  That means I don’t let obstacles stand in my way.  I go for the gold.  Covid-19 wasn’t going to beat down my career.


I did numerous auditions like before but this time I was going to approach it in a different way than before.  It had been months since I saw any posting for auditions for me.  Then I started asking around.  I joined several acting groups on line and started communication with numerous people.  I began getting responses.  I got more responses this way than I had ever before.  Since I didn’t have an agent, I had to do everything on my own which meant long hours on the computer looking for the right opportunities. And long hours reinventing myself.


Then November came along and things started to pick up.  Several people contacted me for roles which were not for me at all.  I had to keep searching.  Then Rod Smith a member of ‘Dare to Dream Film Group’ sent me a message on Facebook telling me I should try out for Alexa in “Tree Secrets.” I needed to contact Danny Winn who was producing and directing “Tree Secrets.”  Danny has played on the big screen in two breakout Leads and Strong Supporting movie roles in 2016 with Lionsgate's "Deadman Standing" and "The Crossbreed."  I promptly sent in my audition and landed the role.  We will be filming next year and should come out Dec.1 of 2021.


“Tree Secrets” is a fantasy-adventure tale that explores the bonds of family, and the magic that can touch lives generations apart.  “Tree Secrets” was written by the Creator and Co-Producer Maria Harrison with many more stories to come.


It starts out with two generations of this family that are threatened by evil but touched by magic.  The family must save each other as the mysteries of the past and present collide within a secret and fantastic world held captive by the curses of an evil sorceress. “Tree Secrets” blends an involving, character-driven dramatic narrative with an epic of heightened reality, an original vision of a parallel universe full of visual spectacle into which the heroes are thrust - a magical place that parallels their own enchanted family heritage in the "real world." The Realm of Lineal Pastures and the Ancestral Gardens are where all family trees are kept. The memories and genealogy of every family is fiercely guarded by a variety of mystical creatures.  Well now this movie is perfect.  I am so excited to start filming.  I think this movie is going to be amazing.  You can see “Tree Secrets” on IMDb https://www.imdb.com/title/tt13242808/?ref_=ttpl_pl_tt


So Covid-19 might have been a deterrent in my career but I was bound and determined to not let it stop me.  We have to find alternatives to new situations and move forward with new sense of courage.  I personally think by working hard and not letting Covid-19 get me down, I moved forward with even a great sense of passion and determination than before. 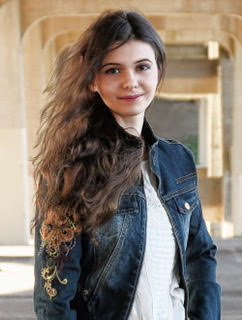 I realize that returning to work that the entertainment industry will be changed.  Georgia and New York have loosened restrictions but are starting to ramp up under tighter controls.  They are going to be operating in a different manner than previously as Covid-19 officers monitor the health of the cast and crew to make sure that everyone remains safe and healthy.  I can certainly understand the precautions they want to take to avoid another major outbreak.  I really don’t mind and I don’t think much of it because I am very anxious to return to work and move forward with my career plans.