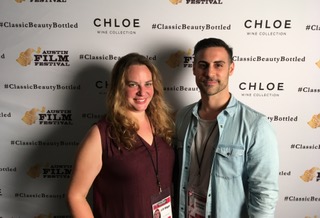 So, you want to make a movie. Not a short, but a full-length feature film, as they call it in the biz. You’ve got a good idea. One that can withstand the fractured attention spans of the Tiktok generation. You’re brave. But be warned, this may turn out to be one of the hardest things you’ll ever do - unless you’ve got a team of film school educated friends willing to work for free or a billionaire backer/uncle. If your too eager to dive right in without a realistic game plan, like we did, it may turn into an artistic suicide mission - where your confidence, relationships, and waistline won’t make it out alive.

While we salute your courage, take a moment and allow us to share a few tips from the trenches.

Don’t Write Anything You Can’t Afford To Shoot

They say if you can imagine it you can film it. As indie artists, we beg to differ. You may be tempted to dream big. To write a sprawling 300 page fantasy/sci-fi saga. Or a thriller with as many locations as a James Bond movie. But you’ll be disappointed when it comes time to produce your project when you’re working with a crowdfunded size budget. Think big, but write small. Smart, scratchy ideas that can play out in a single room and still blow an audience away.

Unless you just want to be a writer. Selling your words to be the fodder of another filmmaker's fancy. You’ll save yourself a lot of time, effort, and money by not producing your own work. But you’ll be giving up creative control. Ultimately it’s their vision of your vision that makes it to the big screen. That may or may not work for you, depending on how big your dreams (and ego) are.

You’re passionate and persistent. You feel like you can tackle this Herculean task all by yourself (and take all the credit). But let us tell you, this particular labor will be too much for one mere mortal. There’s too many specialized skills needed, too many real world responsibilities that go into making a movie. And odds are you’re the artsy fartsy, head in the clouds, creative type. That’s why you need someone with their feet planted firmly on the ground.

You’ll need a producer. Not an executive producer or an associate producer, a real producer. Someone who can budget, schedule, keep track of the details, and crack the whip on unruly crew members. Someone who can handle the logistics. They’ll guide you smoothly through pre-production, then magically transform into an on set production manager to run the day to day shooting. They need to be able to handle whatever comes up, to put out all the fires, and not burn you out by describing the flames. Because you need the freedom to focus on making the film. Scene by scene, shot by shot. Trust us, start looking for that left brain to complement your right brain.

Making a film, no matter how micro, isn’t cheap. You’ll be paying for props, clothes, cameras, and equipment as well as people to hold those props, design those clothes, operate those cameras, and carry that equipment. And on top of that you’ll need some place big enough to shoot and store all of the aforementioned stuff. Forget shooting in a studio. Unless you're Spielberg's nephew’s next door neighbor you probably won’t be shooting on the paramount lot.

Start by making a list of everything your family owns, anything you can get your hands on for free, any favors you can call in, any local services in kind you can scrounge. Consider working backwards from this list. Your family has a summer house that’s empty from labor day til memorial day? Write a talky drama about two failed artists taking a remote writers retreat. Your uncle has a boat ? Write a slow moving thriller about two friends on the open sea that ends in murder. Don’t think of it as a limitation. This habit of forcing yourself to be as resourceful as possible in less than ideal circumstances will prove invaluable. It’s called creative problem solving.

You’ve managed to convince a small crew of devoted followers to help turn your dream into a reality. You’ve got equipment and liability insurance, right…right? You’ve found a location to shoot and sleep your small family of filmmakers. Now you have to feed them. And bologna on sliced bread with one choice of mustard won’t cut it. Trust us, it doesn’t go over well, even with a 2nd assistant student cameraman filling in for half a day. You can try to work out a deal with a local deli, but between providing three meals a day and keeping the snack bar fully stocked at all times, it quickly adds up. Luckily, we have a solution.

Fan numero uno to the rescue! Your mom. If she’s managed to get over her disappointment about you becoming a filmmaker she’ll be more than happy to don her cape, or apron, and save the day. Buy all the ingredients, and the tupperware, then agree to visit every weekend for a month in exchange for her services. If your mom is anything like mine - old-school Italian - she’ll cook a feast. Chicken parm, eggplant parm, veal parm, parm parm, that’s a thing, right? You’ll get a shoot’s worth of home cooked meals, and the crew will absolutely love it.

Fire The Director and Finish The Film

You’ve got the film in the can (hard drive). You’ll probably be the one editing, because let's be honest, you can’t afford to hire anyone after what you spent on the shoot. So grab a subscription to Adobe Premiere, go down the Youtube rabbit hole, and get cutting. But first, fire the director, and the writer while you’re at it. Yes, yes, we know that’s probably you. But hear us out. A film goes through multiple stages of creation. You write a script, but once you cast actors the specific words might change a bit to reflect their sensibilities. Then you shoot, but budget, weather, and union restrictions cause you to cut shots, scenes, entire sequences. Every step demands you almost rewrite your story. The screenplay was just a blueprint after all.

After a slew of 16 hour days and countless creative compromises you’ll be left sitting in the edit bay, AKA your couch, with too many hours of footage. The challenge now is to see the film with fresh eyes. To take off the writer/director hat and commit to doing what’s best for the story. That might mean slashing those overwritten scenes the pretentious writer slaved over, or losing that indulgent steadicam shot the wannabe auteur director insisted on. If it doesn’t advance the plot, it’s gone. It’s your job to wade through a sea of celluloid (pixels) to pick and choose the best moments to make the best movie you can. Let the film tell you what it wants to be.

Congrats, You Made a Movie

You survived! Still have friends? Still fit into your skinny jeans? You’ve joined the ranks of the few, the proud, the momentarily broke. So enjoy the wrap party, and the film festivals, and the bragging rights of having a movie on Amazon, ahem, link to rent here. Enjoy the moment while you can, you made something, no matter how good or bad, and no one can take that away from you. But don’t rest too long on those film festival laurels, because before you know it, it’ll be time to start writing feature #2…cue dramatic music.