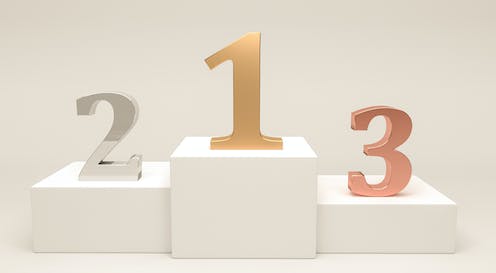 The World Bank, a behemoth of an organization[1] that provides tens of billions of dollars in aid to mostly developing countries, is in the middle of one of its biggest scandals since being founded in 1944[2].

The crux of the crisis relates to its Doing Business Index[3], which ranks the ease of opening and operating companies in 190 countries. In September 2021, an investigation alleged[4] that senior leadership at the bank manipulated the index’s data in response to pressure from China and Saudi Arabia.

The scandal has already caused the bank to suspend publication of the index[5] and prompted calls for further investigations[6]. Some have also demanded the resignations[7] of officials identified in the report, such as Kristalina Georgieva, who was formerly CEO at the World Bank and now heads the International Monetary Fund.

On Oct. 11, 2021, the IMF – which along with the World Bank is currently holding its annual meeting in Washington – said it would leave Georgieva in her job[8].

I’m a comparative legal scholar[9] who studies the rule of law[10] in multilateral institutions like the World Bank. As I show in my forthcoming book on the topic, I believe the real problem here is less about whether or not officials meddled, and more about the problematic role the Doing Business Index and similar indicators[11] play in aid to developing countries.

‘Everyone wants to win’

The World Bank’s Doing Business Index ranks[12] countries around the world across 11 different economic indicators, such as registering property and paying taxes, and has become an authoritative source[13] for international business and funding decisions[14] since its inception in 2002. It’s akin to U.S. News and World Report’s rankings[15] of colleges, countries and other categories.

A change in a country’s rankings can have a huge impact on how much money it receives from foreign investors. The World Bank has found that a 1 percentage point improvement in a country’s overall Doing Business score correlates with US$250 million to $500 million[16] in additional foreign direct investment.

The main idea behind the ranking system[17] was that it would be very simple for politicians, journalists and others to use, and therefore publicity surrounding it would prompt reforms.

“The main advantage of showing a single rank,” according to a 2005 World Bank staff report, is “as in sports, once you start keeping score everyone wants to win.”

And in effect, even though the World Bank technically has no mandate to guide countries’ regulatory regimes, in practice its index has had significant influence on how governments behave. For example, countries in Latin America[18] and Africa[19] have restructured their entire corporate governance regimes to fit Doing Business’ one-size-fits-all reforms[20].

But this wide influence has a negative side, as it serves as an incentive[21] for governments to try to “game the system – or corrupt it,” as The Washington Post editorial board put it recently.

In January 2021, the law firm WilmerHale was asked to investigate. On Sept. 15, Wilmerhale said it found that senior World Bank leadership[24] pressured employees to improve China’s Doing Business ranking in the 2018 report as it sought Beijing’s support for a major capital injection. The law firm also found problems with changes to rankings of Saudi Arabia, the United Arab Emirates and Azerbaijan in the 2020 report but didn’t blame senior leaders directly.

But a big part of the problem here is that the rankings incentivize this kind of behavior, often because not all countries can enact the market-friendly legal reforms required to rise up.

One way they can do this is by paying the World Bank fees for “reimbursable advisory services,” such as advice on how to better implement the kinds of reforms it favors. Of course, it is not hard to see the potential for institutional conflict of interest and corruption[25] here. The report noted that both China and Saudi Arabia made extensive use of these contracts while pressuring bank officials to change their rankings.

The bigger concerns about the Doing Business Index is more fundamental. Comparative[26] legal[27] scholars[28], including me, have found that the legal reforms favored by the index always appear biased in favor of systems based on common law followed by countries such as the U.S. and U.K.

For instance, France, one of the world’s largest economies operating under a civil legal code, has performed rather poorly[29] in the initial rankings[30] because of low scores on the “registering property” and “getting credit” metrics. And, in turn, that means countries such as Algeria[31], Lebanon[32] and Indonesia[33] that built legal systems based on France[34] or other non-Anglo legal traditions are also unfairly hurt[35] by the rankings.

The rankings have been controversial since their very launch. Joseph Stiglitz, who was chief economist at the World Bank in the late 1990s, said in a recent op-ed that he thought it was a “terrible product” from the beginning[36].

“Countries received good ratings for low corporate taxes and weak labor regulations,” he wrote. “The numbers were always squishy, with small changes in the data having potentially large effects on the rankings. Countries were inevitably upset when seemingly arbitrary decisions caused them to slide in the rankings.”

In other words, the Doing Business Index ends up pushing countries toward a shareholder-focused corporate and business model molded on U.S.-style capitalism. This is at odds with many other models, such as those in Japan and Germany[37], that put more emphasis on workers and social goals like gender equality. Corporate governance scholars have found[38] these may be better models for some countries than U.S.-style capitalism.

Does it ‘deserve to die’?

The recent scandal underscores the degree to which the index doesn’t square with the bank’s wider purpose.

The World Bank’s stated mission[39] is to “end extreme poverty and promote shared prosperity.” It was set up in the wake of the Second World War to achieve this mission through financing agreements with developing countries.

The Doing Business Index fails in this purpose because it compels governments to commit to “transplanted” legal reforms that may not be right[40] for those countries, and in fact may end up backfiring and delivering bad outcomes for residents.

I’m not sure whether the index “deserves to die[41]” or should be reformed and shifted to another institution, such as a university, but I do believe its time at the World Bank is likely coming to an end.