Former President Donald Trump has claimed at times that he’ll start a third political party called the Patriot Party. In fact, most Americans – 62% in a recent poll[1] – say they’d welcome the chance to vote for a third party.

In almost any other democracy[2], those Americans would get their wish. In the Netherlands, for instance, even a small “third” party called the Party for the Animals[3] – composed of animal rights supporters, not dogs and cats – won 3.2% of the legislative vote in 2017 and earned five seats, out of 150, in the national legislature.

Yet in the U.S., candidates for the House of Representatives from the Libertarian Party, the most successful of U.S. minor parties, won not a single House seat in 2020, though Libertarians got over a million House votes. Neither did the Working Families Party, with 390,000 votes[4], or the Legalize Marijuana Now Party, whose U.S. Senate candidate from Minnesota won 185,000 votes[5].

Why don’t American voters have more than two viable parties to choose among in elections, when almost every other democratic nation in the world does? 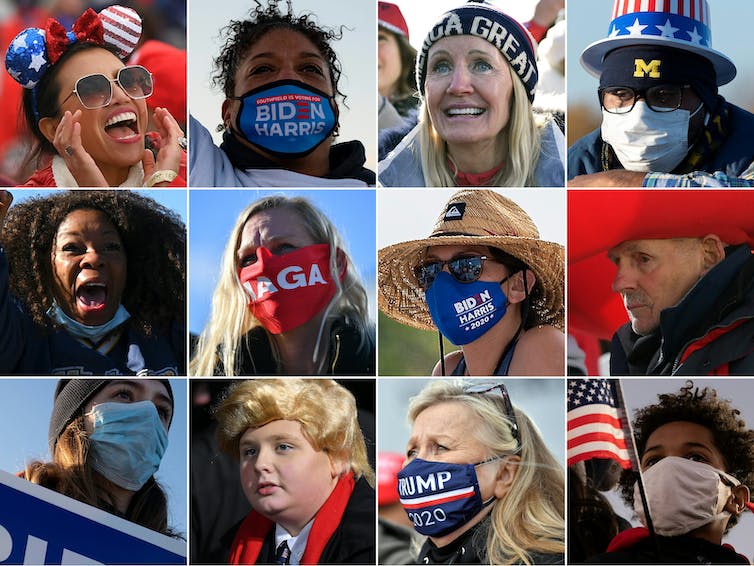 These voters supported either Biden or Trump in the 2020 presidential election. Yet 62% of Americans say they’d like the option of voting for a third-party candidate. Mandel Ngan, Jim Watson/AFP via Getty Images[6]

As I’ve found in researching political parties[7], the American electoral system is the primary reason why the U.S. is the sole major democracy with only two parties consistently capable of electing public officials. Votes are counted in most American elections using plurality rules, or “winner take all.” Whoever gets the most votes wins the single seat up for election.

Other democracies choose to count some or all of their votes differently. Instead of, say, California being divided into 53 U.S. House districts, each district electing one representative, the whole state could become a multi-member district, and all the voters in California would be asked to choose all 53 U.S. House members using proportional representation[8].

Each party would present a list of its candidates for all 53 seats, and you, as the voter, would select one of the party slates. If your party got 40% of the votes in the state, then it would elect 40% of the representatives – the first 21 candidates listed on the party’s slate. This is the system used in 21 of the 28 countries in Western Europe[9], including Germany and Spain.

In such a system – depending on the minimum percentage, or threshold, a party needed to win one seat – it would make sense for even a small party to run candidates for the U.S. House, reasoning that if they got just 5% of the vote, they could win 5% of the state’s U.S. House seats.

So if the Legalize Marijuana Now party won 5% of the vote in California, two or three of the party’s candidates would become House members, ready to argue in Congress for marijuana legalization. In fact, until the 1950s, several U.S. states had multi-member districts.

Under the current electoral system, however, if the Legalize Marijuana Now party gets 5% of the state’s House vote, it wins nothing. It has spent a lot of money and effort with no officeholders to show for it. This disadvantage for small parties is also built into the Electoral College[10], where a candidate needs a majority of electoral votes to win the presidency – and no non-major-party candidate ever has.

There’s another factor working against third-party success: State legislatures make the rules about how candidates and parties get on the ballot, and state legislatures are made up almost exclusively of Republicans and Democrats[11]. They have no desire to increase their competition.

Further, although many Americans call themselves “independents,” pollsters find that most of these “independents” actually lean toward either the Democrats or the Republicans, and their voting choices are almost as intensely partisan as those who do claim a party affiliation[13]. 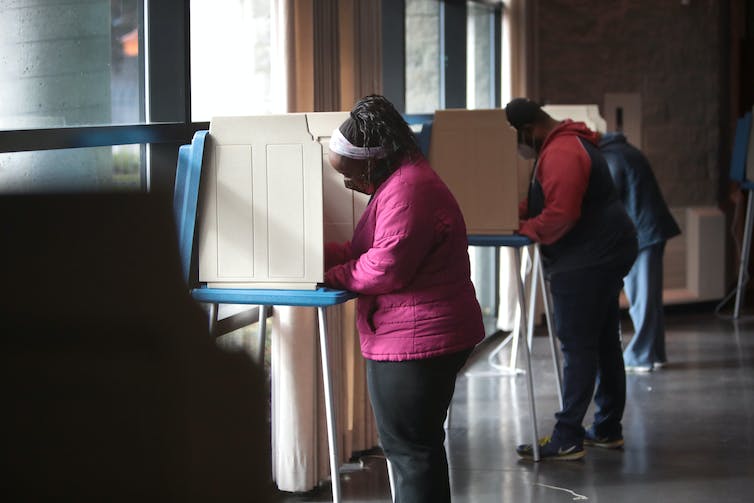 Even though many Americans call themselves ‘independent,’ their voting choices are almost as intensely partisan as those who say they are Democrats or Republicans. Scott Olson/Getty Images[14]

Party identification is the single most important determinant of people’s voting choices; in 2020[15], 94% of Republicans voted for Donald Trump, and the same percentage of Democrats voted for Joe Biden.

The small number of true independents[16] in American politics are much less likely to show interest in politics and to vote. So it would not be easy for a third party to get Americans to put aside their existing partisan allegiance.

Hard to get there from here

The idea of a “center” party has great appeal – in theory. In practice, few agree on what “centrist” means. Lots of people, when asked this question, envision a “center” party that reflects all their own views and none of the views they disagree with.

That’s where a Trump Party does have one advantage. Prospective Trump Party supporters do agree on what they stand for: Donald Trump.

[The Conversation’s newsletter explains what’s going on with the coronavirus pandemic. Subscribe now[17].]

Yet there’s an easier path for Trump supporters than fighting the U.S. electoral system, unfriendly ballot access rules and entrenched party identification. That’s to take over the Republican Party. In fact, they’re very close to doing so now.

Trump retains a powerful hold over the party’s policies. His adviser, Jason Miller, stated, “Trump effectively is the Republican Party[18].” This Trump Party is very different from Ronald Reagan’s GOP. That’s not surprising; the U.S. major parties have always been permeable and vulnerable to takeover by factions[19].

There are good reasons for Americans to want more major parties. It’s hard for two parties to capture the diversity of views in a nation of more than 300 million people.

But American politics would look very different if the country had a viable multi-party system, in which voters could choose from among, say, a Socialist Party, a White Supremacist Party and maybe even a Party for the Animals.