When U.S. companies build military weapons systems, electric vehicle batteries, satellites and wind turbines, they rely heavily on a few dozen “critical minerals” – many of which are mined and refined almost entirely by other countries[1]. Building a single F-35A fighter jet, for example, requires at least 920 pounds[2] of rare earth elements that come primarily from China.

That level of dependence on imports worries the U.S. government[3].

Natural disasters, civil unrest, trade disputes and company failures can all disrupt a mineral supply chain and the many products that depend on it – making many critical minerals a national security priority.

The U.S. has increased its strategic planning and investment in reliable supply chains in recent years, particularly as China has moved to increase control over critical mineral exports[4], but the U.S.‘s own mining and recycling of these minerals is still small. This is due in part to how environmentally destructive and polluting many mining and processing operations can be, but also because policy measures are only recently being explored and funded. The U.S. now has a review underway[5] of critical mineral supply chains, and the Department of Energy recently pledged up to US$30 million[6], on top of funding included in the December pandemic aid package and a 2020 support package for mining[7].

The question policy[8] experts[9] like ourselves are exploring is how best to provide sustainable and secure critical mineral supply chains in a way that limits environmental damage and promotes good governance.

Critical minerals earn their name from their vital role in products Americans rely on every day.

The U.S. critical minerals list[11] has changed since it was first created by the U.S. Geological Survey in 1973. Many of the same minerals are there, including rare earth elements[12] and lithium, but their relative importance in 1973 was for petroleum refining and making glass, among other goods. 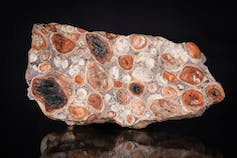 Bauxite is a source of aluminum and gallium, which is used in LEDs. Scott Haworth/USGS[13]

The list today reflects the essential role that renewable energy, electric vehicles and advanced defense technologies have in the U.S. economy – and the specialized alloys, magnets and catalysts that enable them. These include batteries and electric motors, but also missile guidance systems, communications and even satellites[14]. 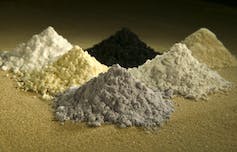 Examples of rare earth elements, which are used in batteries. Peggy Greb/USDA[15]

Because of this, the Department of Defense has been one of the strongest supporters for more resilient supply chains. In the last few years it has been proactive about strengthening domestic production[16], especially for rare earth elements. That includes new contracts[17] with rare earth mining and production operations in California, Nebraska[18] and Texas[19]. The Defense Logistics Agency[20] also has emergency stockpiles of 42 commodities with a market value of US$1.1 billion at six different locations across the U.S.

Getting serious about supply chains

The amounts of lithium, cobalt, graphene, indium and other critical minerals needed for low-carbon technologies alone are expected to increase anywhere from 100% to 1,000% by 2050[23].

These estimates are concerning on their own, but when combined with military needs, industrial needs and the decline of U.S. mining, it paints a troubling picture for U.S. supply shortages.

Countries like the Democratic Republic of Congo, which made headlines in the past due to mineral sales that financed armed conflict[24], are not particularly appealing partners for U.S. companies. The DRC is responsible for producing more than 70%[25] of the world’s cobalt, used in almost all rechargeable lithium ion batteries that power everything from cellphones and laptops to electric vehicles, and China has invested heavily in the region. 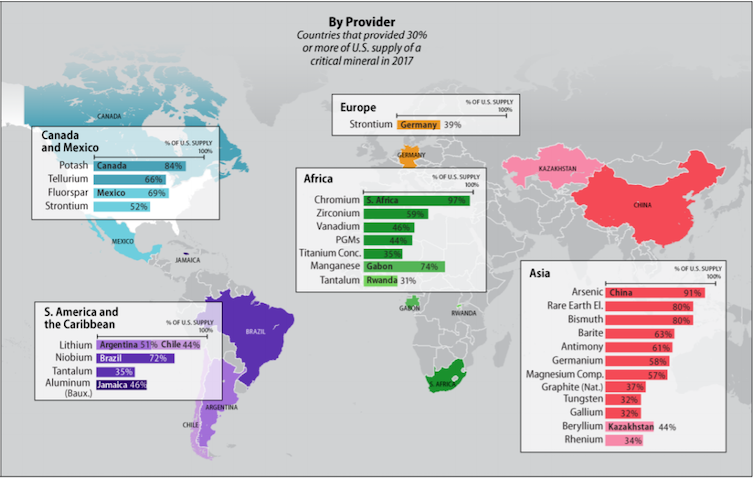 How to strengthen critical supply chains

The U.S. can take several steps to avoid being left behind by shortages and to ensure a successful energy transition.

During the Trump administration, the U.S. launched a federal strategy to ensure reliable supplies of critical minerals[28], but that strategy was based in part on scaling back reviews of the projects’ environmental impact, and it didn’t have many actionable steps. The administration also started the Energy Resource Governance Initiative, focused on working with partner countries on improving the governance of mineral supply chains.

[Deep knowledge, daily. Sign up for The Conversation’s newsletter[29].]

Expanding recycling and reuse[31] of critical minerals can also increase sustainability and make minerals more available for U.S. use. One way to encourage recycling programs is to shift responsibility from waste managers to major producers like Apple and Samsung.

International agreements can also be written in ways that require responsible mining[32]. U.S. companies, similarly, can do more to ensure that they aren’t purchasing from unsustainable sources or supporting practices that encourage the abuse and exploitation of developing economies.

The U.S. can also expand its exploration for critical minerals. Rio Tinto recently announced plans for a new plant to recover tellurium[33], a critical mineral used in solar panels, from its copper refining operations in Utah. Lithium mining[34] in the California desert has also started to attract investors, as have rare earth projects in Colorado[35] and Nevada.

Discussions of clean energy technologies should also include industrial policy, such as how mines are permitted, funding for processing plants and advanced manufacturing research. How the U.S. shapes the path for critical minerals will have important consequences for everything from the environment to national security.