This past spring, Tara Reade joined a long line of women who have been caught in a maelstrom of accusations and indignation for sharing their stories of sexual assault.

Even committed advocates for survivors of sexual violence dismissed Reade’s credibility[3] based on the impression that she fundamentally changed her story, in large part because she reported her account of sexual harassment months before disclosing her allegation of sexual assault.

Since then, contradictory information has come to light that both corroborates Reade’s allegation[4] and[5] and calls into question[6] her credibility[7].

As a scholar[8], I have examined the circumstances that can prompt victims to change their stories about sexual assault.

Specifically, I study Hungarian-Jewish Holocaust survivors. What I have found is that Hungarian-Jewish survivors overwhelmingly deny having had personally experienced sexual violence – although the ubiquity of rape is mentioned in almost every oral history.

The results of my research suggest that when a survivor of an alleged sexual assault changes her story, there can be legitimate explanations for why she did so. 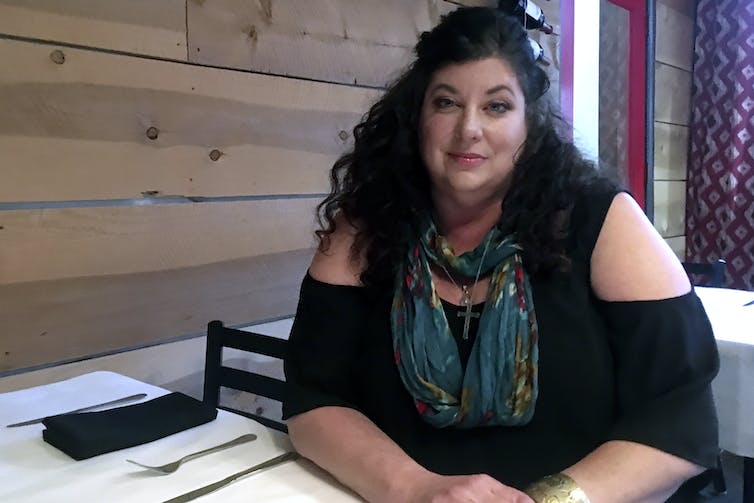 Sexual violence during the Holocaust and liberation

In the final stages of World War II and its immediate aftermath, sexual violence against women proliferated at an astounding rate.

The instances of rape are posited to be somewhere between tens of thousands and millions[10]. Most cases were perpetrated by Allied soldiers as they “liberated” the zones of Europe they would come to occupy[11]. In Budapest alone, Soviet soldiers raped an estimated 50,000 women – approximately 10% of the Hungarian city’s female population[12].

Sexual violence perpetrated by Allied soldiers only compounded the trauma for Holocaust survivors, some of whom had also witnessed or experienced sporadic instances of sexual violence at the hands of Nazis, their collaborators and fellow camp prisoners. Not so sporadically, behind closed doors, rescuers[13] also sexually abused Jewish women in hiding.

As practically every Hungarian-Jewish survivor I have encountered in my research has emphasized, sexual violence was ubiquitous when the Soviets liberated Hungary. Yet few survivors admit to having been raped themselves. 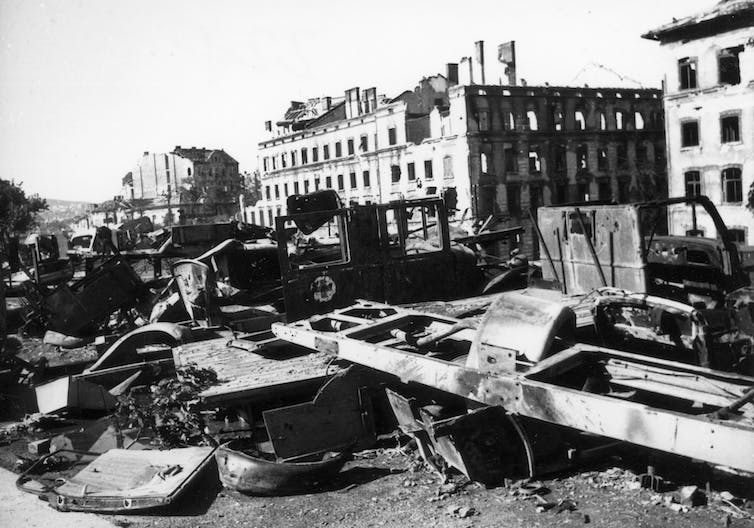 After the Soviets liberated Budapest, above, in 1945, Soviet soldiers raped an estimated 50,000 Hungarian women. Wikipedia[14]

After World War II, Holocaust survivors were effectively silenced by those who had not shared their experiences, both Jews and non-Jews.

Jewish survivors who remained in Europe[15], as well as those who emigrated to North America[16] and Israel[17], were made to feel[18] that their experience of persecution – all of it, not just that which was sexual in nature – was shameful and taboo. Survivors knew not to discuss their experiences outside the survivor community.

It took decades for the public to be receptive to, and eventually encourage, survivor testimonies[19]. Even today, however, the subject of sexual violence remains taboo.

My postdoctoral research explores how different interviewing processes and methods used at the Fortunoff Video Archive for Holocaust Testimonies at Yale University[20] and the Shoah Foundation Visual History Archive at the University of Southern California[21] have affected survivors’ willingness to discuss sexual violence in postwar testimonies.

I analyze testimonies of survivors who gave oral histories at both institutions. I am especially interested in those who participated in the early interviews, in 1979 and 1980. During that period, many survivors were telling their stories for the first time publicly, breaking a societal taboo. Survivors candidly discussed their impressions that no one wanted to hear about their experiences of persecution.

I was trying to discern if these taboo-breaking survivors were more willing than survivors giving testimonies in later decades[22] to overcome yet another stigma: Sharing their candidly personal experiences of sexual assault.

The stigma and shame attached to sexual assault remained, unyielding, even as survivors reclaimed narratives of “ghetto Jews” going “like sheep to the slaughter.” In doing so, survivors contributed to the process of reversing taboos surrounding shame and nonsexual abuses related to the Holocaust. In contrast, the stigma of rape and sexual violence persists.

I believe the social mores and taboos that have historically shaped – and limited – survivor narratives are still relevant today, despite the high profile of the #MeToo movement. They expose the external factors that might encourage someone who had previously denied an assault to later share more of her story.

In a podcast interview with Katie Halper in March 2020, when Reade finally made a firm allegation against Biden, she explained that she felt she “just got shut down” by the reporter who first interviewed her in April 2019.

“It made me so uncomfortable that I didn’t trust it,” she said[23].

In 2013, a film – ‘Silenced Shame’ – was released about the Soviet Army’s raping of tens of thousands of Hungarian women in 1945.

Getting “shut down” when attempting to disclose information about sexual abuse isn’t uncommon for survivors.

I recently came across testimony from a Holocaust survivor who in 1980 discussed a sexual assault – albeit not her own. Sobbing, this survivor recounted her story only to be cut off by an interviewer who abruptly changed the subject. When this same survivor was interviewed again in 1994 about her experience in the Holocaust, she referred to the perpetrator but did not mention his habit of raping young Jewish women.

The pressures these Hungarian-Jewish survivors experienced are not far from what women face today, and I believe we can extrapolate from these women’s experiences.

In 2020, even women who run in some of the most progressive circles face implicit pressure to self-censor when it comes to rape and sexual assault allegations. They may experience tangible repercussions if they refuse to toe the line[24].

It is only the extraordinary outlier who is willing to share her story – or share more of her story – when she has every reason to believe that no one wants to hear it.