As an academic psychiatrist who treats people with anxiety and trauma[1], I often hear questions about a specific class of medications called benzodiazepines. I also often receive referrals for patients who are on these medications and reluctant to discontinue them.

There has been increasing attention into long-term risks of benzodiazepines, including potential for addiction, overdose and cognitive impairment. The overdose death rate[2] among patients receiving both benzodiazepines and opioids is 10 times higher than those only receiving opioids, and benzo misuse is a serious concern.

Benzodiazepines are a class of anti-anxiety medications, or anxiolytics, that increase the activity of the gamma-aminobutyric acid[3] receptors in the brain. GABA is a neurotransmitter, a molecule that helps brain cells, or neurons, communicate with each other. GABA receptors are widely available across the brain, and benzodiazepines work to reduce anxiety by enhancing GABA inhibitory function.

The benzo family includes diazepam, or Valium; clonazepam, or Klonopin; lorazepam, or Ativan; chlordiazepoxide, or Librium; and the one most commonly known to the pop culture, alprazolan, or Xanax, among others.

Different benzos have similar effects, but they differ in strength, how long it takes for them to work and half-life, a measure of how long the drug stays in your system. For example, while diazepam[4] has a half-life of up to 48 hours, the half-life of alprazolam can be as short as six hours[5]. This is important, as a shorter half-life is linked with higher potential for addiction and dependence. That is one reason physicians typically are not excited about prescribing Xanax for long periods of time.

When are they used? 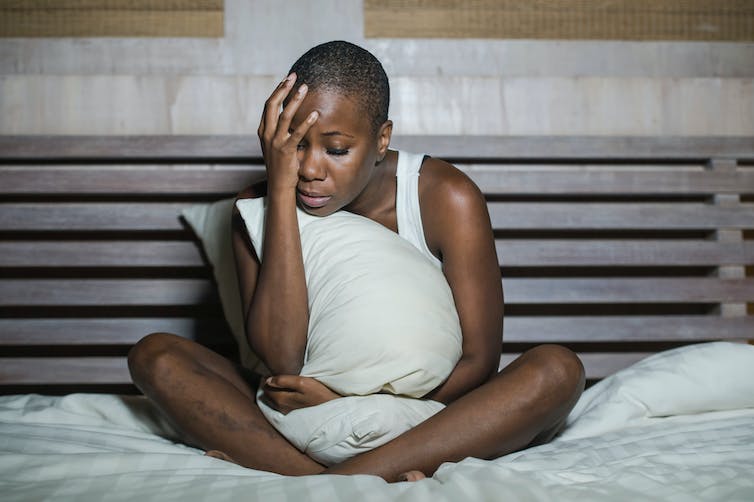 When benzos were introduced to the market in the 1950s, there was excitement as they were considered safer compared to barbiturates[7], which had been used to treat anxiety. By the 1970s, benzos made it to the list of the most highly prescribed medications[8].

Benzos are mainly used to treat anxiety disorders, such as phobias, panic disorder and generalized anxiety disorder. They are mostly used for a short period[9] at the beginning of the treatment. That is because it may take a few weeks for the main pharmacological treatment for anxiety, antidepressants, to kick in. During that time, if anxiety is severe and debilitating, benzodiazepines may be prescribed for temporary use.

Benzos are also prescribed for occasional situations of high anxiety, such as that caused by phobias. The main treatment of phobias, such as excessive fear of animals, places and social interactions, is psychotherapy[10]. Sometimes, however, phobias can interfere with one’s functioning just sporadically, and the person may not be interested in investing in therapy. For example, a person with fear of flying who may fly on a plane once or twice a year may choose to take a benzo before flying. However, for a businessman or woman who flies several times a months, psychotherapy is recommended.

Benzos may also be used for situations of short-term stress, such as a stressful job interview.

Benzos are also used for other medical conditions, such as treatment of seizures[11] or alcohol withdrawal in the hospital. There is no good evidence for use of benzos in post-traumatic stress disorder[12].

So why the worry? 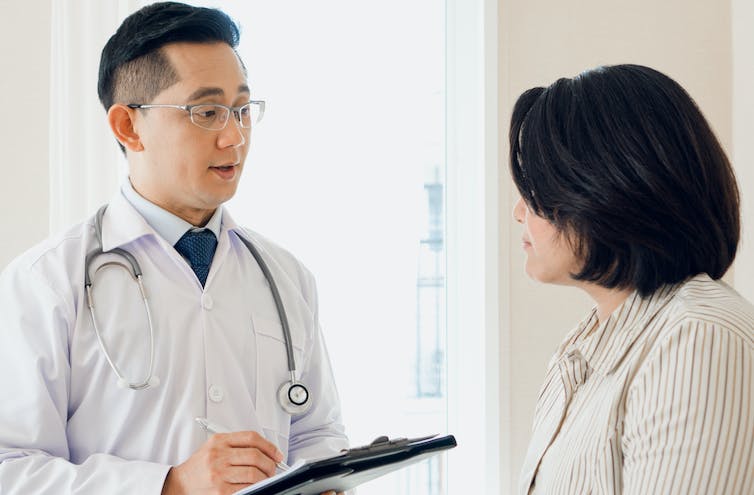 Doctors often are reluctant to prescribe benzodiazepines, and many prefer to talk to their patients about the risks and also about other potential treatments, such as psychotherapy. Pormezz/Shutterstock.com[13]

Now we get to the part about why I and other doctors are not eager to prescribe benzodiazepines for long-term use: We have a Hippocratic oath to “first do not harm.” I sometimes tell patients who insist on getting benzos: “I am not paid differently based on the medication I prescribe, and my life would be much easier not arguing with you about this medication. I do this because I care about you.”

A major risk of long-term use of benzos is addiction[14]. That means you may become dependent on these meds and that you have to keep increasing the dose to get the same effect. Actually benzos, especially Xanax, have street value because of the pleasant feeling they induce. In 2017, there were more than 11,000 deaths involving benzos[15] alone or with other drugs, and in 2015, a fifth of those who died of opioid overdose[16] also had benzos in their blood.

Benzos to anxiety can be seen like opioids to pain. They both are mostly for short use, have a potential for addiction and are not a cure. Benzo overdose, especially when mixed with alcohol or opioids, may lead to slowing of breathing, and potentially death. Benzo misuse can also lead to lack of restraint of aggressive or impulsive behavior[17].

As benzos are sedating medications, they also increase the risk of accidents and falls[18], especially in the elderly. This is worse when they are mixed with other central nervous system suppressants like alcohol or opioids.

Recently, we have been learning more about the potential cognitive, memory and psychomotor impairment[19] in long-term use of benzodiazepines, especially in older adults. Cognitive functions impacted may include processing speed and learning[20] among others. Such effects may persist[21] even after discontinuation of long-term use of the benzos.

Stopping benzos abruptly[22], especially if high dose, can cause withdrawal symptoms, such as restlessness, irritability, insomnia, muscle tension, blurred vision and racing heart. Withdrawal from high doses of benzos, especially those that are shorter acting, may be dangerous, leading to seizure, and getting off of these medications should be done under supervision of a physician.

There are safer effective treatments for anxiety, but they require patience to work. A first line treatment for anxiety disorders is psychotherapy, mainly cognitive behavioral therapy[23]. During therapy, the person learns more adaptive coping skills, and corrects cognitive distortions to reduce stress.

Exposure therapy is an effective treatment for phobias, social phobia, obsessive compulsive disorder and PTSD. During exposure therapy, the person is gradually exposed to the feared situation under the guidance of the therapist, until the situation does not create anxiety anymore. Importantly, the skills earned during therapy can always be used, allowing better long-term outcome compared to medications.

[ Expertise in your inbox. Sign up for The Conversation’s newsletter and get a digest of academic takes on today’s news, every day.[25] ]