There’s been much talk in the U.S. about fixing the opioid crisis.

In October, President Donald Trump declared the situation a public health emergency and set up a commission on opioids. On Feb. 9, Congress finally took action by allocating US$6 billion for substance abuse treatment in the budget bill. Though a step in the right direction, many experts argue[1] that it’s still a drop in the bucket given the extent of the epidemic.

These funds will undoubtedly help states expand substance abuse services, but their impact will depend on the robustness of our current health care system. As a social worker who has witnessed addiction firsthand, I know the country needs a health care system that treats the whole person, rather than just his or her substance use disorder.

This concept drove many provisions of the Affordable Care Act, which seeks to improve access and quality of services for people suffering from drug dependence. The ACA also promotes integrated health care[2], the systematic coordination of physical and behavioral care.

By undermining the ACA, Trump and the GOP are taking away one of the health care system’s best tools for improving the lives of those with addiction.

When the ACA passed in 2010, 62.5 million people[3] gained access to mental health and substance abuse services for the first time.

By requiring that the essential benefits package include equal coverage for health and behavioral health conditions for both inpatient and outpatient care, the ACA significantly increased the reach of a 2008 law[4] that applied only to big employer plans.

Many Americans also gained access to mental health and substance use benefits if their states opted to expand Medicaid under the ACA. By 2015, Medicaid covered 38 percent of the 2 million people with opioid dependence. However, that still left 20 percent uninsured, many of whom live in states that didn’t expand Medicaid[5].

With greater access has come increased treatment rates. Clinics under the National Council on Behavioral Health Care[6] now treat 30,000 people a year for substance use disorders, versus 9,000 prior to the ACA. Many states expanded their Medicaid programs to include medication-assisted treatment[7], an effective approach that combines medication, such as Naltrexone or methadone, with counseling.

However, some Republicans go so far as to claim that Medicaid expansion caused the opioid epidemic[8]. Drug-related deaths[9] have continued to rise and are higher on average in states that expanded Medicaid under the ACA. People on Medicaid are also more likely to be on pain medication[10].

But the fact that more people are on pain medication does not prove that more people on Medicaid misuse opioids. People on Medicaid[11] have more chronic conditions and pain than the general population and require more pain treatment. Moreover, these state trends in drug-related deaths were well-established before 2010[12], when the ACA went into effect.

Altogether the data show that, while access to health care is a necessary step, it’s not sufficient to solve the problem. What also matters is the way we deliver care. 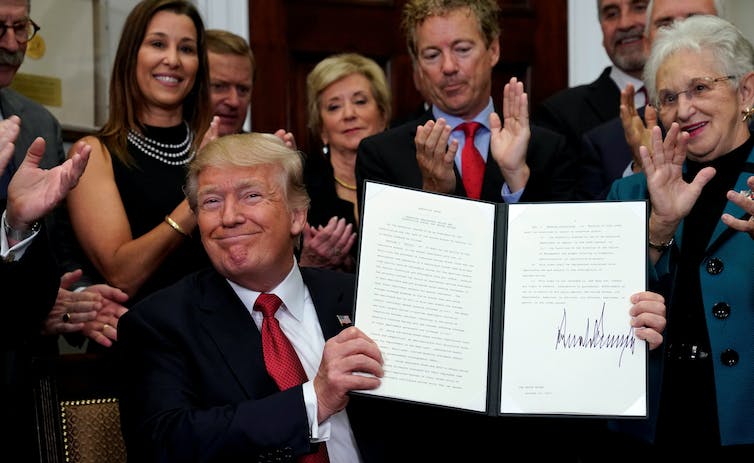 Substance use and physical health

In addition to improving access and coverage, the ACA aims to redesign the way Americans receive health care.

Physical and mental health are intertwined, but our health care system has long treated symptoms in isolation. There are even separate government agencies to oversee health, mental health and substance abuse services at the federal, state and local level.

Opioid dependence is arguably one of the most egregious examples of the damage wrought by treating one symptom without considering the whole person. During the crisis, new cases of hepatitis C from opioid use tripled[13], Indiana experienced an HIV outbreak[14] and deaths from overdose skyrocketed[15]. People with substance use disorders are at high risk[16] for other ailments, such as heart disease, asthma, gastrointestinal disorders and skin infections.

Yet behavioral health care providers have neglected the physical health needs of the people with mental health and substance use disorders, leading to alarming mortality rates[17]. Conversely, primary care providers[18] have not paid attention to behavioral health. In the case of opioid addiction, this has led to dangerous prescribing practices[19] to manage pain.

People with substance use disorders and mental illnesses make 12 million visits annually to emergency departments. These visits and subsequent hospitalizations are predominantly for medical care, not psychiatric care, and most importantly could often have been prevented with good primary care[20].

Under the ACA, millions of federal dollars have been awarded to health care systems find innovative ways to integrate care. For example, accountable care organizations[21] are groups of hospitals, doctors and other providers who take on the cost of caring for an enrolled population and can share any savings they generate. Some models go further by actually locating primary and behavioral health clinics together, so people can have a one-stop shopping experience for all their health needs.

The ACA also increased funding for preventive services, such as screenings for substance abuse in community settings[23].

During the 2016 elections, the repeal of the ACA became a rallying cry for Trump.

Yet Congress has not managed to overturn it. Instead, the attack on the ACA has become piecemeal. Trump has cut funding to promote enrollment in marketplace insurance, offered states the option to implement Medicaid waivers that undermine benefits[24] and constantly threatened to cut cost-sharing payments to insurers.

The most significant attack came recently as part of the tax overhaul bill[25]. This bill repealed the individual mandate, meaning people can no longer be penalized for not having health care insurance. Many experts are concerned that this will exacerbate the fragility of insurance markets[26]. Furthermore, the bill eliminated key health care taxes that fund innovation to improve service quality and reduce costs.

While we have seen the opioid epidemic rise under the ACA, the crisis could have been worse without it[27]. What’s more, system integration is complicated and takes time. Even with the full support of the administration, Americans would not have seen the full benefits of these reforms yet.