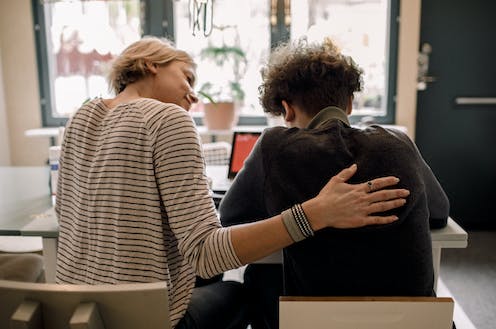 Most people agree that children should have enough to eat[1], not be sexually molested and never be punished in a way that requires medical treatment. But beyond those basics, my research[2] has found that parenting styles in the United States vary by region[3].

I have found that parents in the South[4] were more likely than parents in central Florida to demand obedience and respect from their children and believe that children should be treated strictly. Parents in central Florida, which is demographically and culturally different from other parts of the South, were more likely to discuss family decisions with their children, allow disagreement and let children make their own decisions.

Wider-ranging research I conducted with two doctoral students, Melanie Stearns[5] and Erica Szkody[6], found differences in how young adults in the Northeast, Midwest, South and West[7] are parented.

Overall, there were some commonalities. A style of parenting[8] called “authoritative,” in which parents are both responsive and demanding, providing support alongside rules and limits while encouraging communication, was most common across the U.S. Also relatively common was a different parenting style called “authoritarian[9],” in which parents are less responsive but still demanding, providing rules and limits without as much support and requiring more obedience to authority.

Less common was “permissive[10]” parenting style. That’s when parents are responsive but less demanding, tending to be warm and caring but perhaps without consistent rules and indulging children more often than other styles.

But there were key regional differences.

In the Northeast, Midwest and South, some young adults said their mothers were more supportive and caring, while their fathers were more demanding and obedience-driven. In general, this could reflect traditional gender roles[11] of a responsive mother and a strict father, as other research[12] has also found. This combination was less common in the West.

In the Northeast and West, small but significant groups of young adults reported parents who were more supportive and even indulgent, without a lot of insistence on obedience. We believe that this finding could be related to how parents in these regions might be more individualistic[13] and encouraging of communication and equality than parents in other regions of the U.S.

The South was the only region where some young adults stated that they had stricter mothers but more responsive fathers. This is a difference from overall national trends[14].

Typically, the most important factors[19] are family, friends, neighborhoods, schools, economic status and access to resources. Those obviously can vary widely even within a region of the U.S.

Cultural attitudes and laws[20] are also key factors in parenting styles that are more broadly shared – and that vary by region[21] across the country.