LONDON, June 14, 2022 /PRNewswire/ -- The World's 50 Best Restaurants today reveals the winner of the American Express One To Watch Award as Marseille restaurant AM par Alexandre Mazzia, the eponymous location led by French chef Alexandre Mazzia. While well-established in France, the award marks a special occasion whereby the restaurant and its team are recognised as rising stars on the world stage by 50 Best. In a dining space that echoes the creativity of Marseille, AM has become the emblem of the revival of the city's culinary scene. 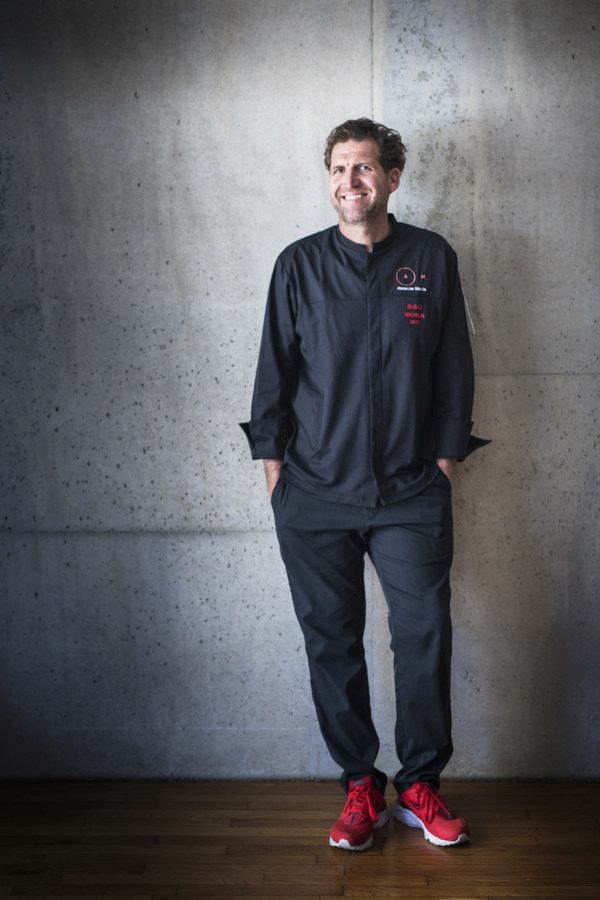 The World’s 50 Best Restaurants today reveals the winner of the American Express One To Watch Award 2022 as AM par Alexandre Mazzia.

Born in the Democratic Republic of Congo, where he lived until age 14, Mazzia moved to Marseille in 2010 to take up a role at the restaurant of Le Corbusier's Cité Radieuse, where he was awarded the 'Young Talent' award by Gault & Millau in 2011, an honour which helped drive him towards opening his own place. AM par Alexandre Mazzia debuted in the city in summer 2014, swiftly impressing customers and critics alike, achieving three Michelin stars within an unprecedented six years of opening.

The restaurant houses just 22 covers and serves a menu focusing on vegetables, fish and seafood that draws inspiration from myriad international influences. Mazzia's cuisine takes diners on a journey of self-discovery and the chef has the innate ability to make complex gastronomic creations more understandable. Unusual ingredient and flavour combinations are reflected in dishes such as courgette flowers in green satay and saffron beurre blanc and crystallised seaweed with bottarga, forming part of what the chef calls a 'cuisine of emotion'.

William Drew, Director of Content for The World's 50 Best Restaurants, says: "It's an honour to name AM par Alexandre Mazzia as this year's American Express One To Watch. We have followed the restaurant's success in France in recent years and are thrilled to be able to bring this wonderful Marseille destination to 50 Best's global audience and to celebrate Alexandre's unbridled passion and singular cuisine."

This announcement forms part of the lead-up to the reveal of The World's 50 Best Restaurants 2022, sponsored by S.Pellegrino & Acqua Panna, with the awards ceremony taking place at Old Billingsgate market in the City of London on Monday 18th July.