BRESCIA, Italy, June 14, 2022 /PRNewswire/ -- For the second year in a row, the 1000 Miglia[1] restarts its engines as summer approaches. From Wednesday, June 15 to Saturday, June 18, 425 extraordinary cars will revive the myth of the Red Arrow on the roads of Italy, crossing some 250 municipalities for nearly 2,000 kilometers in four days. 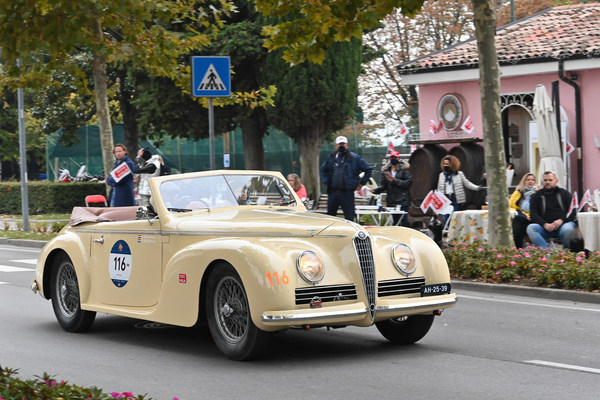 The 1000 Miglia 2022 will return to travel clockwise across Italy, starting and finishing in Brescia after legs in Cervia-Milano Marittima, Rome and Parma.

On Wednesday, June 15, crews will leave Brescia in the direction of Lake Garda before heading south and descending to the Adriatic Sea. Dinner during the race in the Teatro Comunale in Ferrara and conclusion of the leg in Cervia-Milano Marittima.

On Thursday, June 16, the cars will climb the hairpin bends leading to San Marino, descend to Urbino continuing to Rome, arriving with the parade in Via Veneto.

On Friday, June 17, the Race will cross four regions-Lazio, Tuscany, with a stop for lunch in Piazza del Campo in Siena, then Liguria and Emilia Romagna ending in Parma.

On Saturday 18, the Race will pass through the Autodromo di Monza and Bergamo and conclude in Brescia.

On the sporting side, eyes are on the defending champion, Andrea Vesco, triumphant in 2020 and 2021.