President Joe Biden[1] and many other public leaders[2] called for New York Gov. Andrew Cuomo to resign after an official report[3] in August concluded that Cuomo had “engaged in conduct constituting sexual harassment under federal and state law.”

Even before the report[4] was released, many New York politicians had called for Cuomo to resign after a growing number of women alleged the governor had engaged in “inappropriate touching and comments.[5]”

Cuomo ignored those calls and challenged the charges. But after facing possible impeachment proceedings by the New York Assembly[6], he decided on Aug. 10, 2021, to resign from his position. His resignation became effective 14 days later.

From my research as a workplace law scholar[7], I have found a number of executives who, like Cuomo, have attempted to defend their actions as mere misunderstandings after being charged with complaints of sexual misconduct or harassment.

Cuomo’s challenge of the charges against him – which he carried out over many months – is one more example of the difficult prospects organizations face when one of their top executives is charged with scandalous and harassing behavior, but decides to contest those allegations.

As an investigation proceeds, an executive’s alleged misdeeds can hurt companies’ reputations and internal workings and lead to significant devaluing of stock or even bankruptcy[8]. 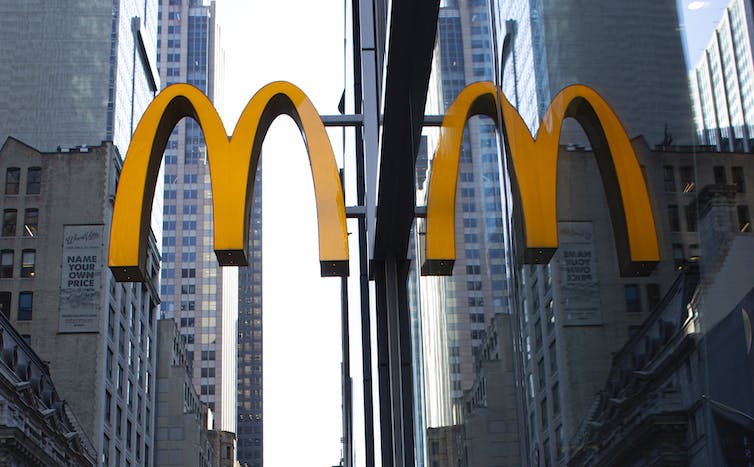 McDonald’s fired CEO Steve Easterbrook after he engaged in a consensual relationship with an employee that violated company policy. Kena Betancur/Getty Images[9]

“Scores of CEOs were knocked down after allegations of sexual misconduct in 2018,”[10] reported NPR. The #MeToo movement’s[11] efforts to uncover executive harassment also contributed in part to the departure of high-ranking executives who were among the more than 1,600 business leaders[12] who left their jobs in 2019, according to U.S. News & World Report. Most of these 2019 departures included resignations, retirements and terminations due to routine business changes. Some of the specific exits were due to alleged wrongdoing of corporate leaders, including 20 departures after business scandals, 15 following allegations of professional misconduct and three specific instances of sexual misconduct[13].

A recent analysis of CEO executive employment agreements[14] demonstrates how organizations may suffer when their leaders exit.

The study’s researchers say that “CEOs are protected by written contracts that … limit the companies’ ability to terminate CEOs without paying significant severance pay. These provisions typically contain a handful of narrowly drafted grounds on which a company can fire a CEO ‘for cause’ (thereby avoiding financial liability),” but those grounds rarely include sex-based misconduct.

In the face of such damaging charges, executives may legitimately want to protect their reputations by fighting to deny the validity of the charges. Or they may want to exit with financial benefits in place – even while pressure mounts on the organization to terminate the executive.

The empirical study’s authors[15] found that companies have responded to the #MeToo movement by adding language into contracts to allow them to fire executives immediately without waiting for an investigation to be completed when related to sex-based misconduct.

Companies have also started to strengthen their policies to prohibit even consensual sexual behavior between a subordinate and an executive. These actions recognize the power differentials that muddle the question of consent in such relationships.

As an example of these company policy changes, McDonald’s terminated its CEO[16] in 2019 after discovering his consensual relationship with a subordinate. His actions violated a newly developed policy. The CEO agreed with the board’s termination decision and acknowledged that he had exercised “poor judgment[17].”

McDonald’s gave the CEO stock options and other payouts of up to an estimated $40 million at the time of termination. After later discovering emails allegedly reflecting additional sexual misconduct with subordinates, McDonald’s sued the CEO seeking return of the payouts due to claims of fraud[18] and concealment of information.

Because an organization’s brand[19] can be severely damaged by the misconduct of its executive, organizations do not want to prolong the harm in situations in which the executive stays in the position and attempts to deny and challenge the charges.

Once the executive admits to, or cannot deny, some of the behavior, but still wants to contest the charges as being a misunderstanding, as in Cuomo’s case, employers have to decide whether to face the costs incurred by a long investigation versus the costs of a premature removal of an executive.

In the McDonald’s situation, quickly removing the CEO rather than conducting a long investigation prevented the company from damaging its reputation.

But discovering additional misconduct only afterward that may have justified firing the CEO without any compensation was costly. On the other hand, if an investigation ends up vindicating the executive, the company may have to pay the executive for any harm created by rushing to judgment in deciding to terminate. 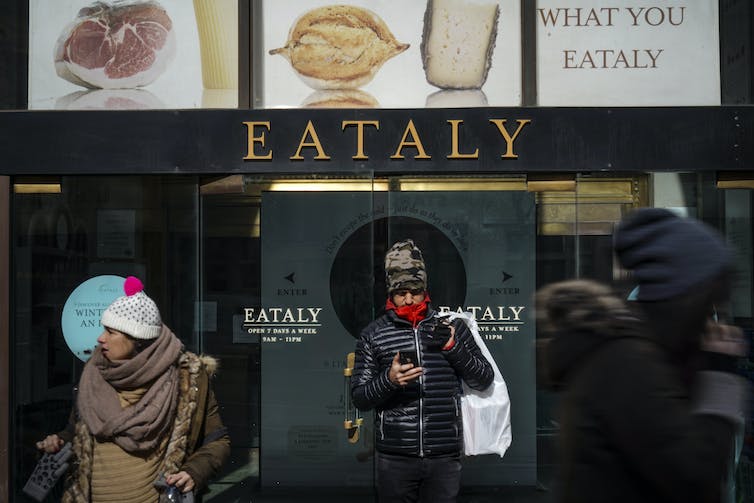 Famed chef Mario Batali gave up his restaurants and his stake in Eataly Markets a year after multiple sexual harassment allegations surfaced against him. Drew Angerer/Getty Images[20]

Legal scholar Charlotte Alexander has explained[21] how an alleged harasser with significant power over subordinates such as Cuomo should look at his behavior from the perspective of the subordinate – not what the powerful harasser thought he was doing.

Instead, Cuomo spent months continuing to deny any wrongdoing. He forced a costly investigation to be undertaken by the state instead of acknowledging that some of his behavior might be viewed differently from the perspective of the subordinates involved, as he did when he gave his resignation[22].

In my research[23], I found many executives want the chance to defend themselves against the accusations. They try to circumvent any organizational concerns. This approach might work when a powerful executive is initially charged and the inappropriate behavior has not become widespread.

But Cuomo’s story and similar stories of executives I studied show a pattern of behavior involving many women that taints interactions with all other current and future subordinates. Those tainted interactions include perceptions of favoritism whenever an executive with a history of misconduct offers any form of benefits or work privileges to a co-worker. Staff can be hesitant to get involved in necessary mentoring relationships out of a fear that misconduct by the executive might ensue.

With #MeToo expectations changing the dynamics, a major takeaway from the Cuomo situation is that employers, whether in the private or public sector, may need to establish more immediate procedures to remove executives to prevent workplace harms. The costly[24] Cuomo investigation further demonstrates this point, even though it involved the Legislature’s procedures for impeachment of a government official.

Employers may need to respond more quickly when an executive admittedly engages in misconduct with subordinates that affects the overall organization – even if the executive does not resign immediately or believes no misconduct occurred.

[Get The Conversation’s most important politics headlines, in our Politics Weekly newsletter[25].]